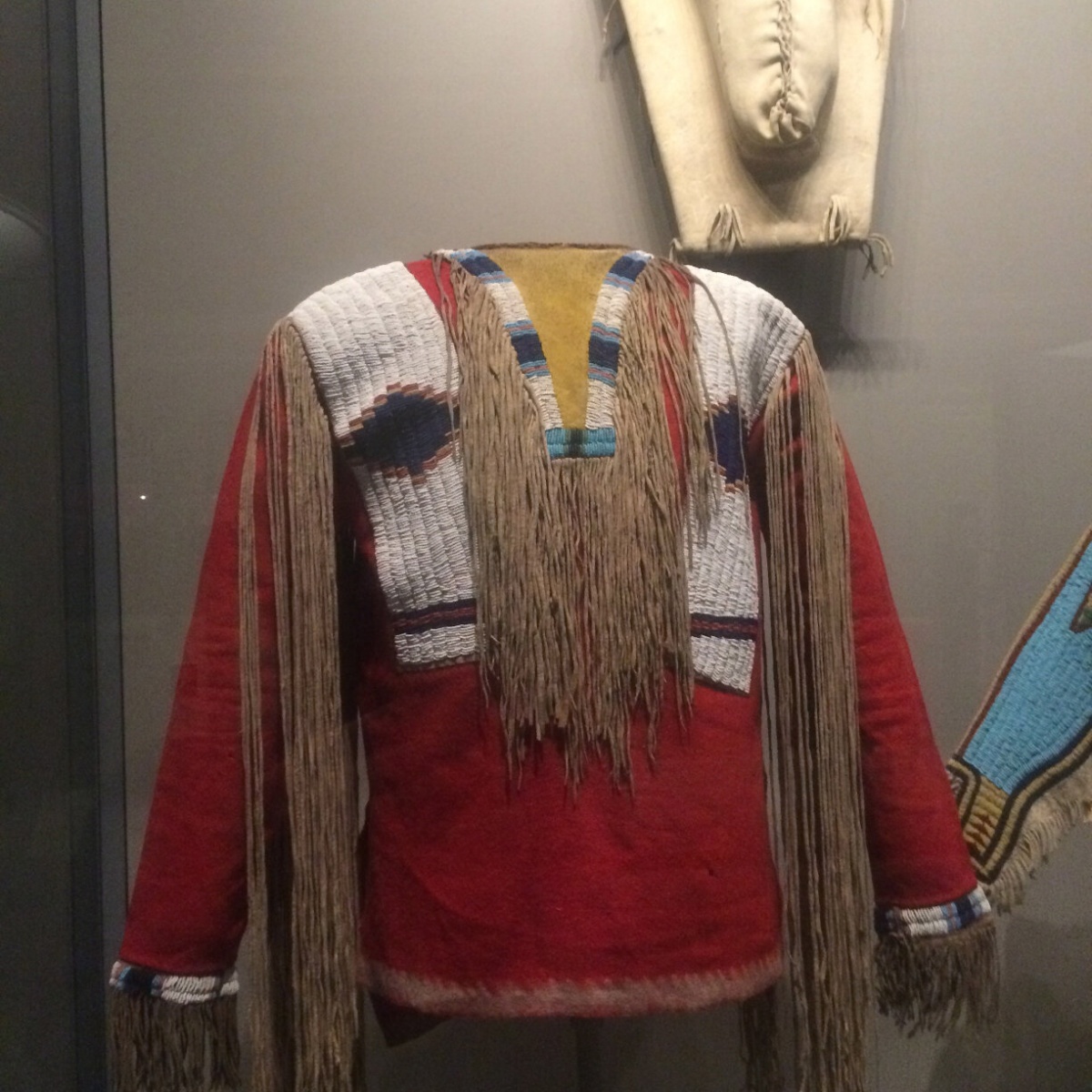 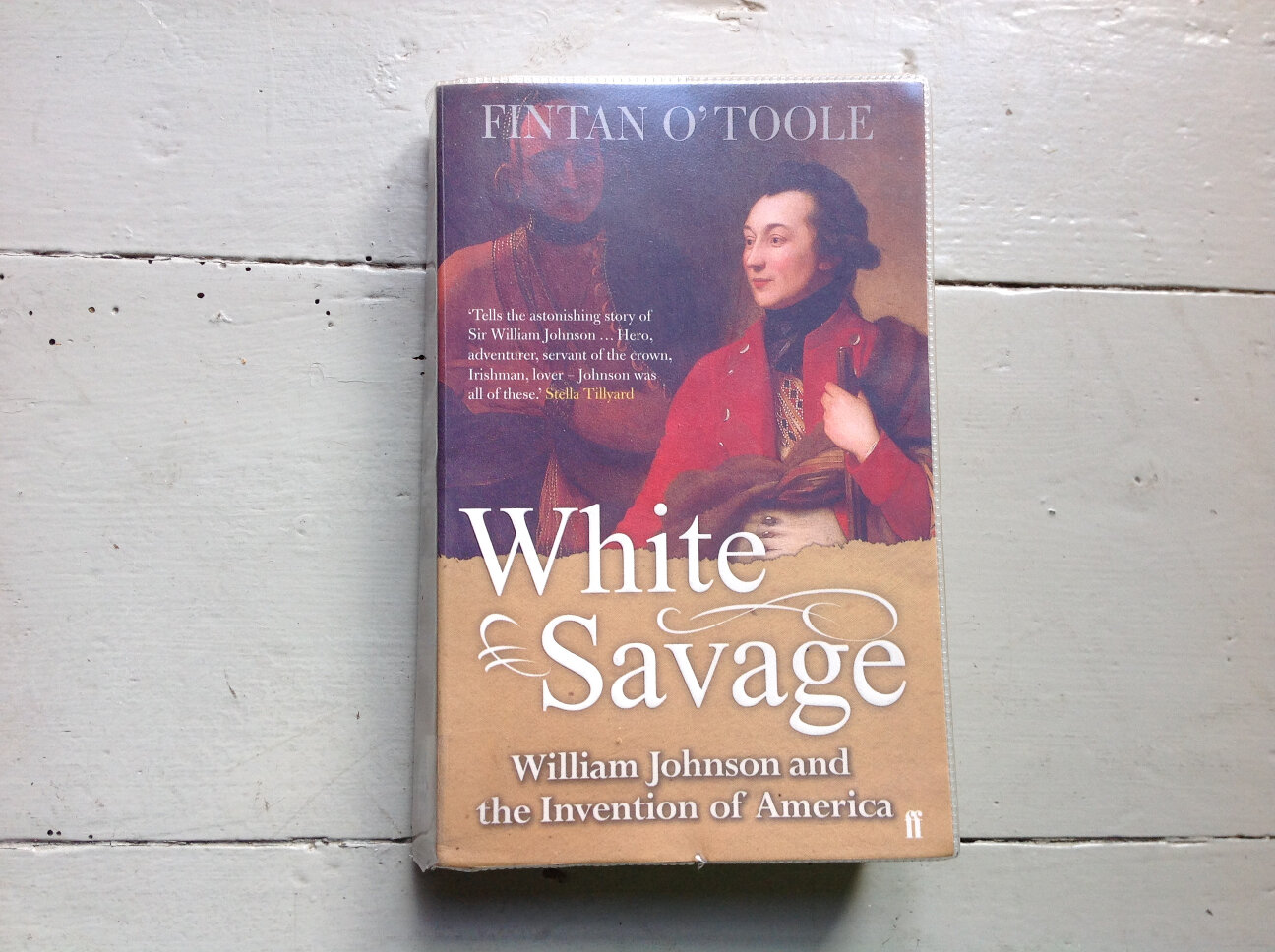 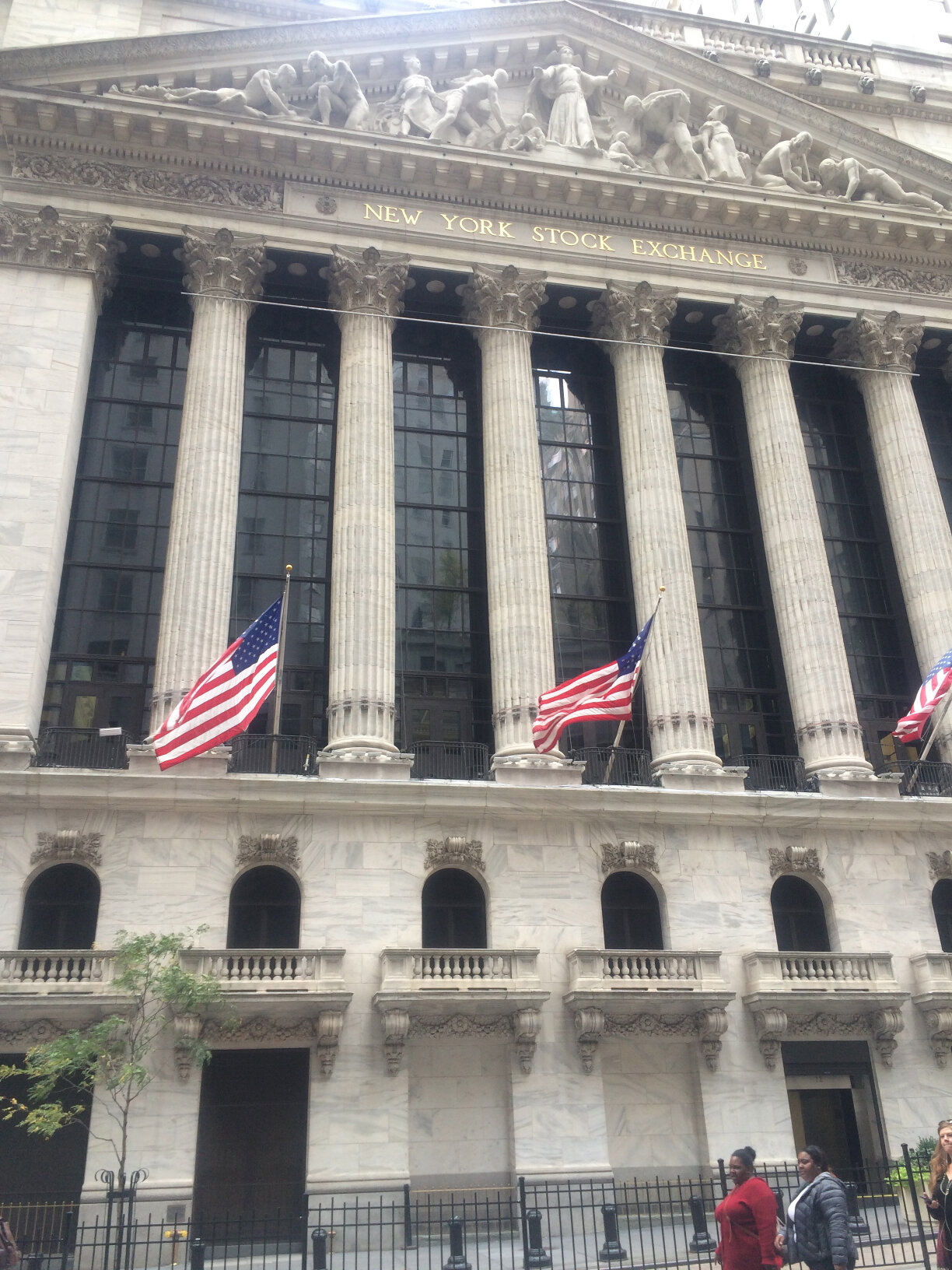 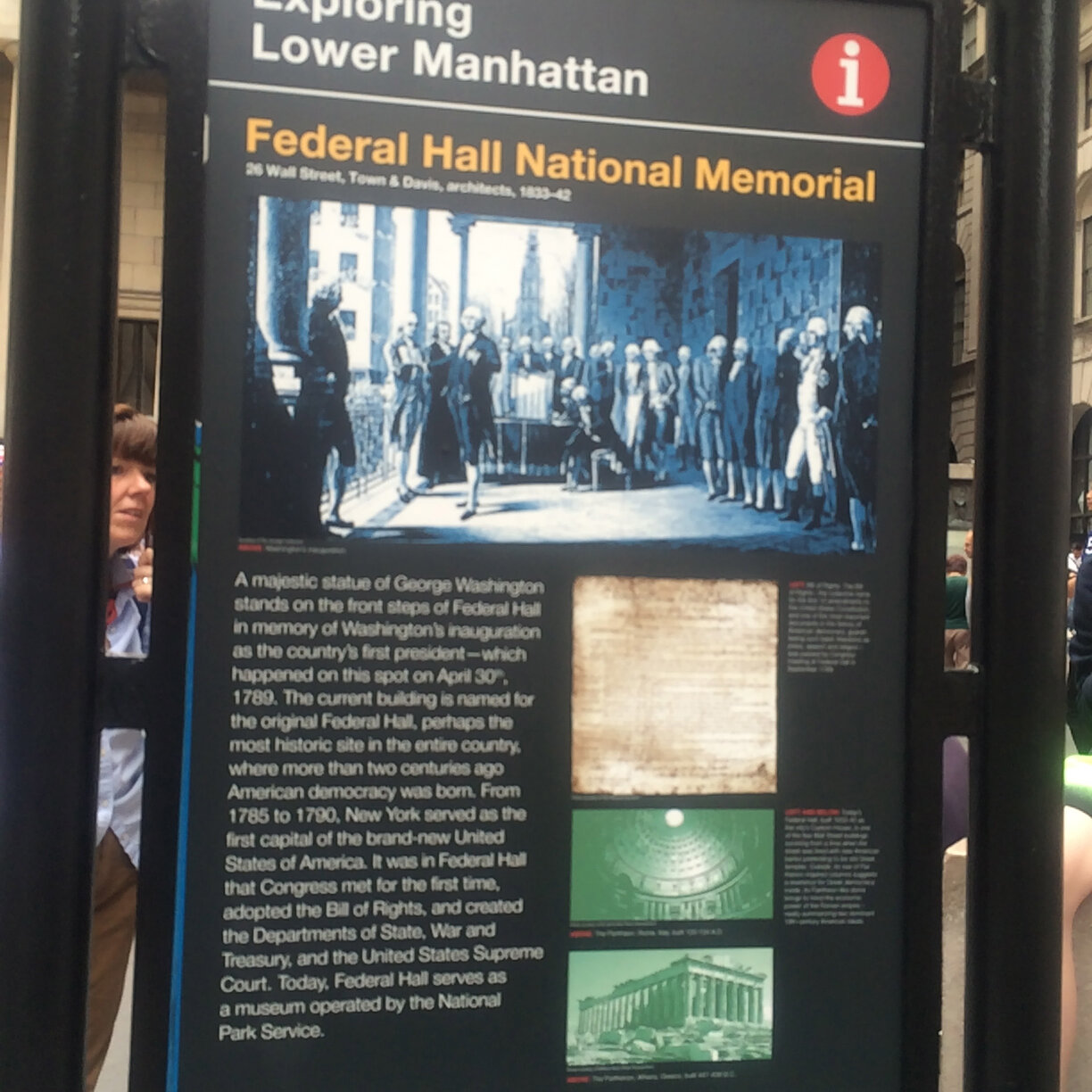 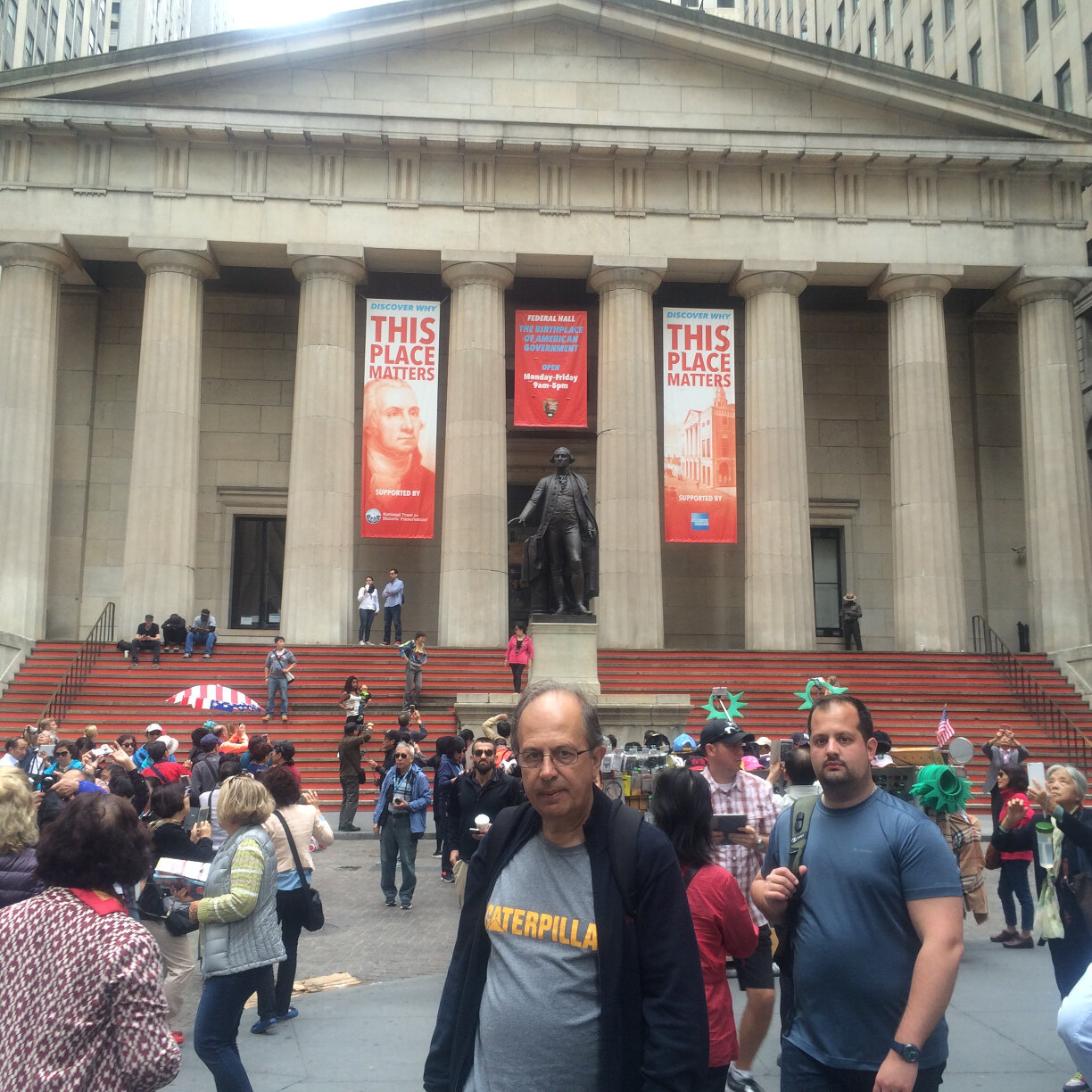 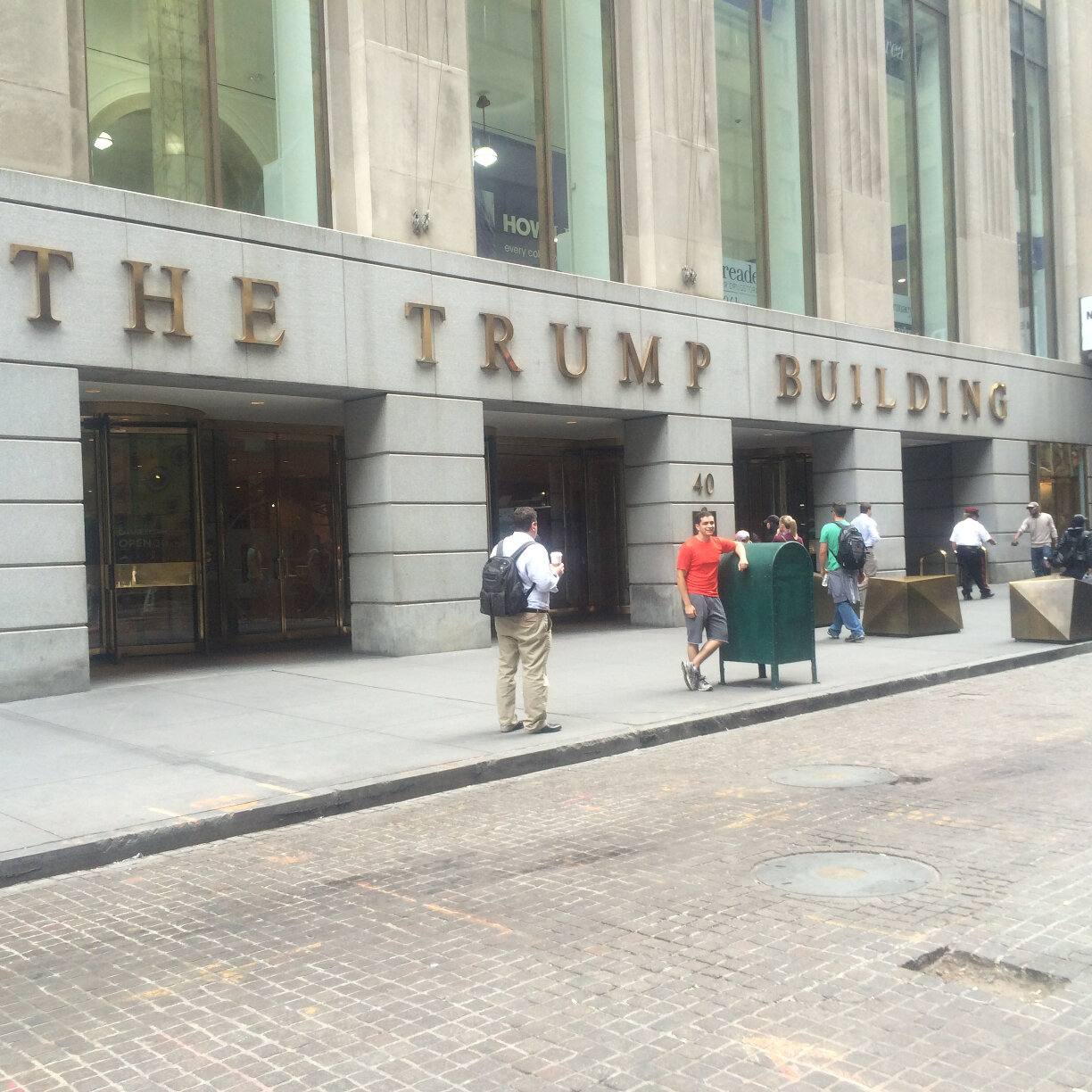 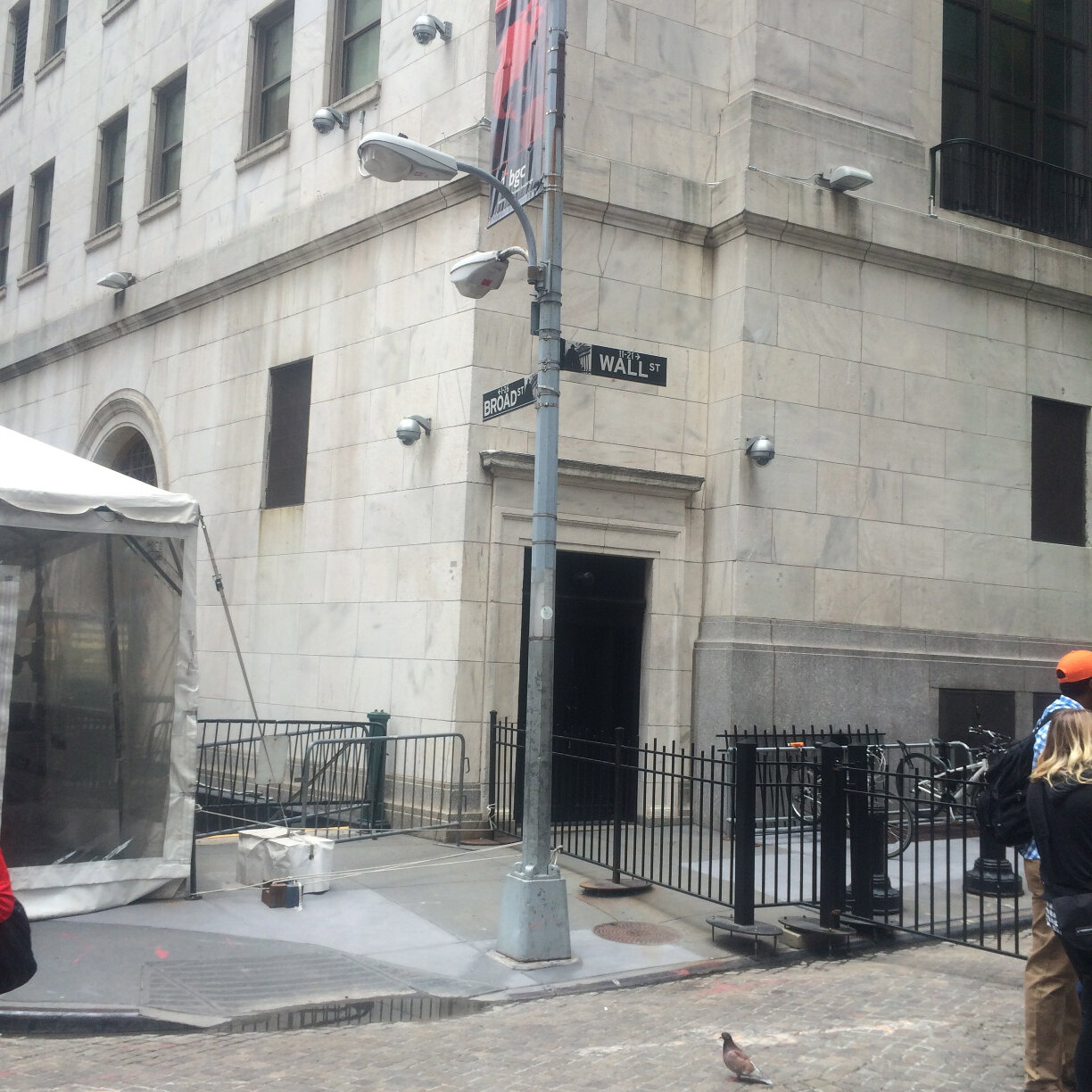 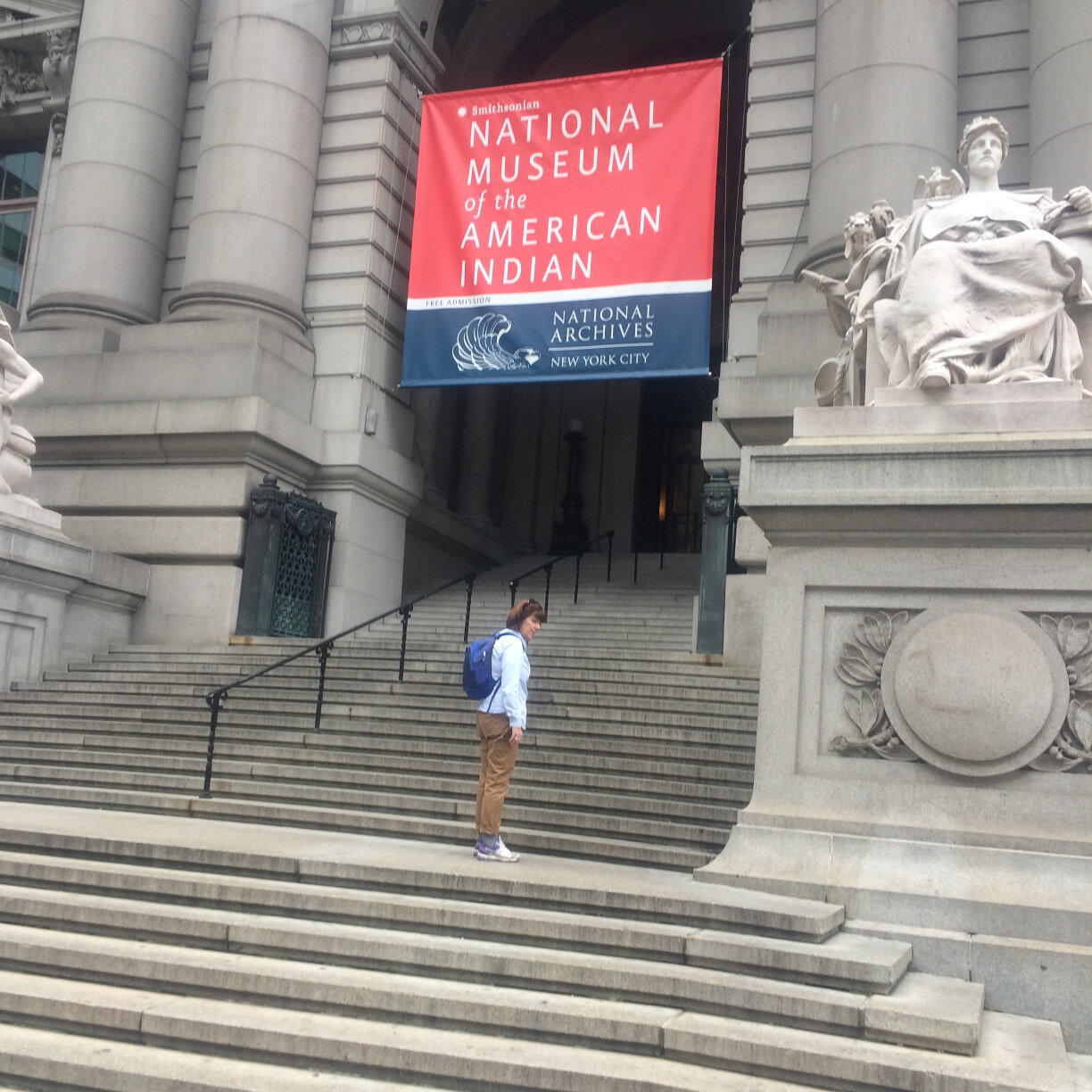 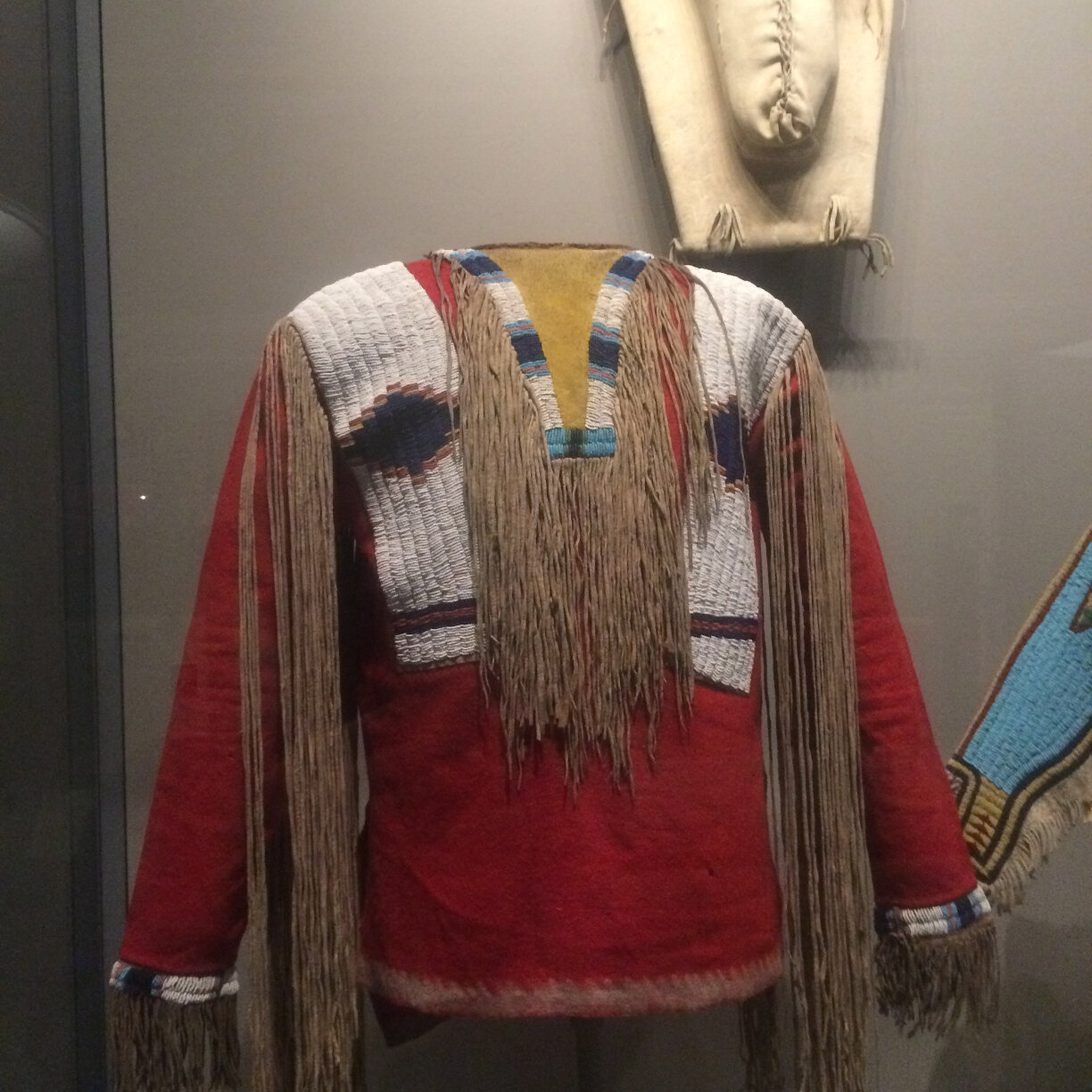 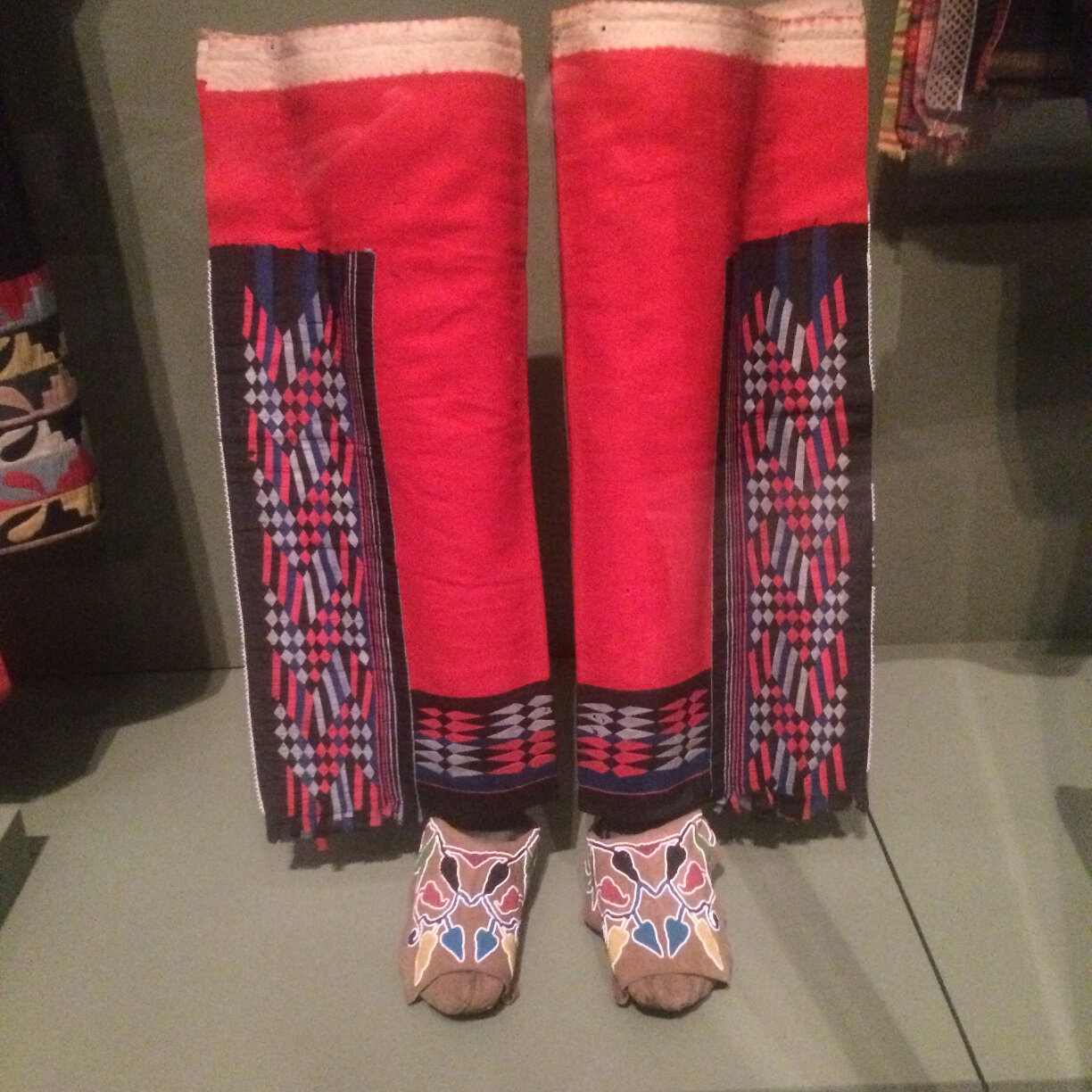 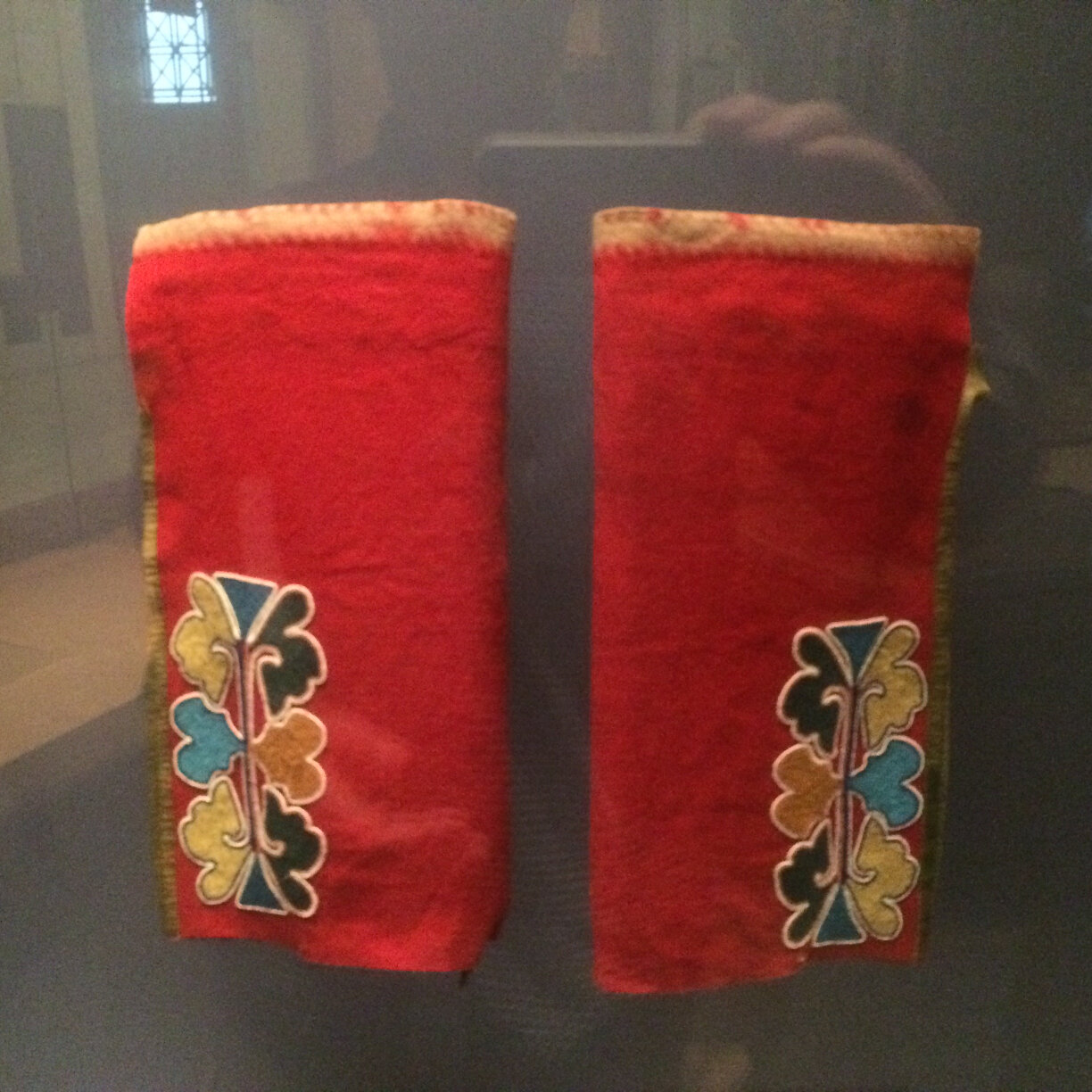 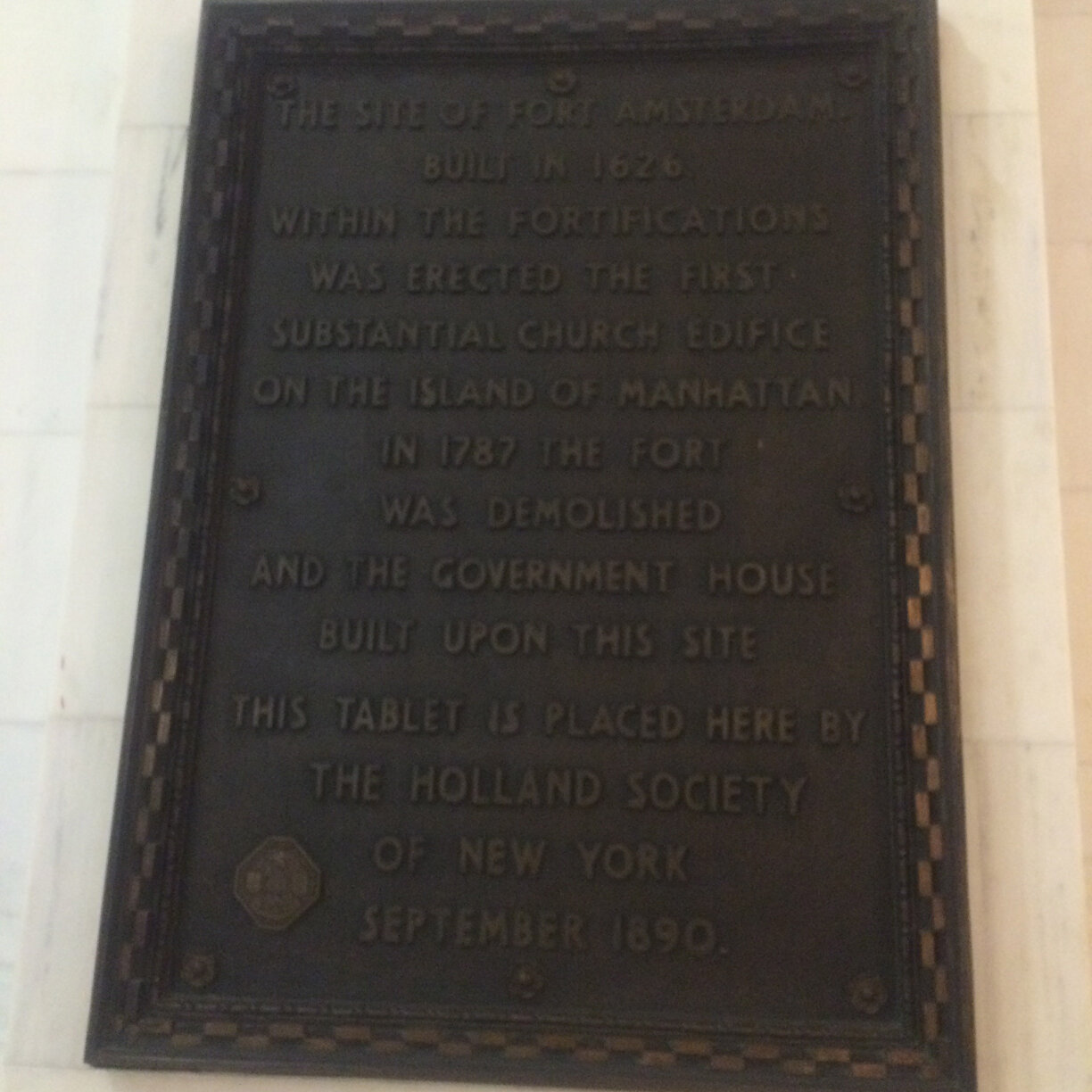 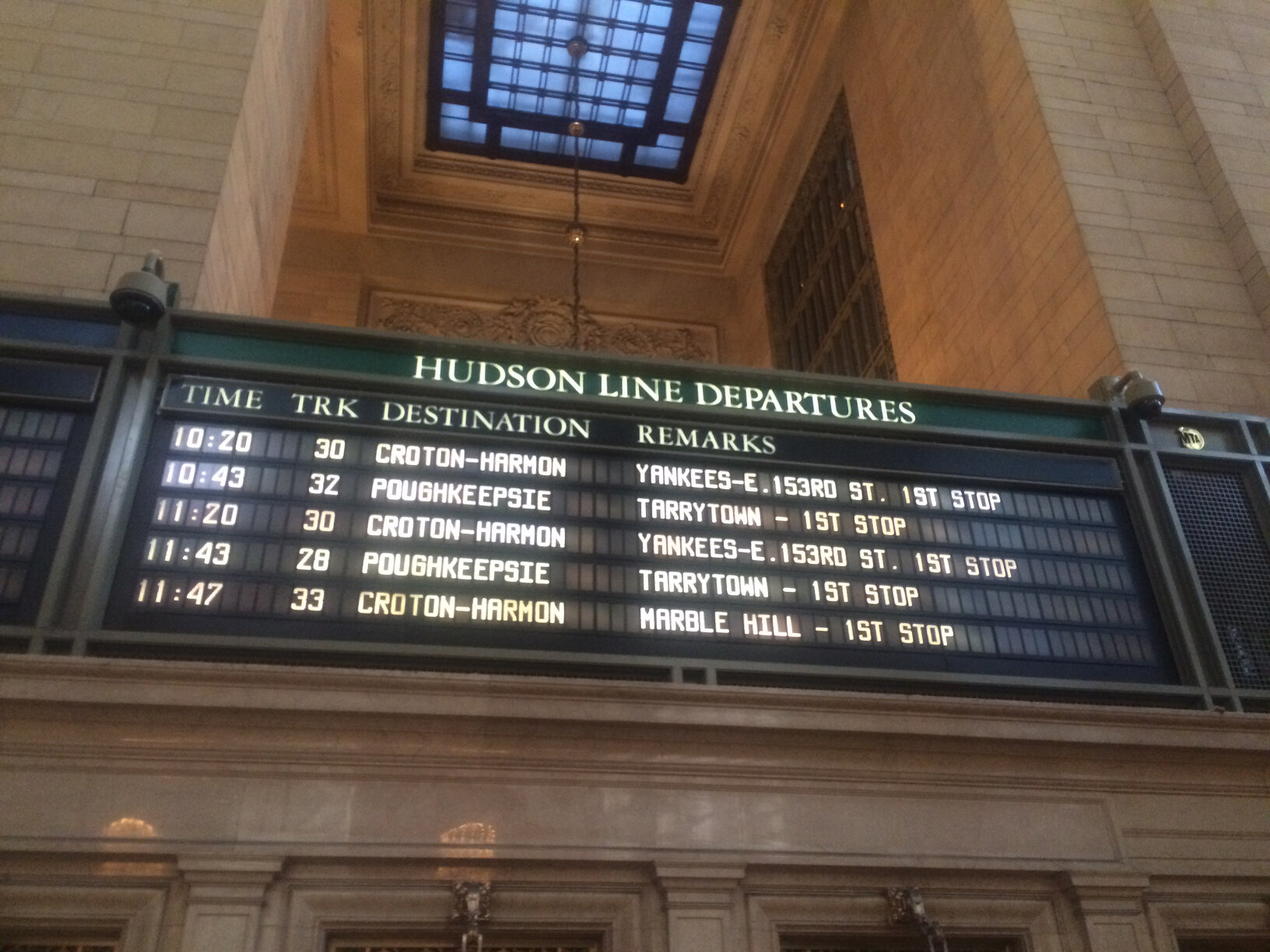 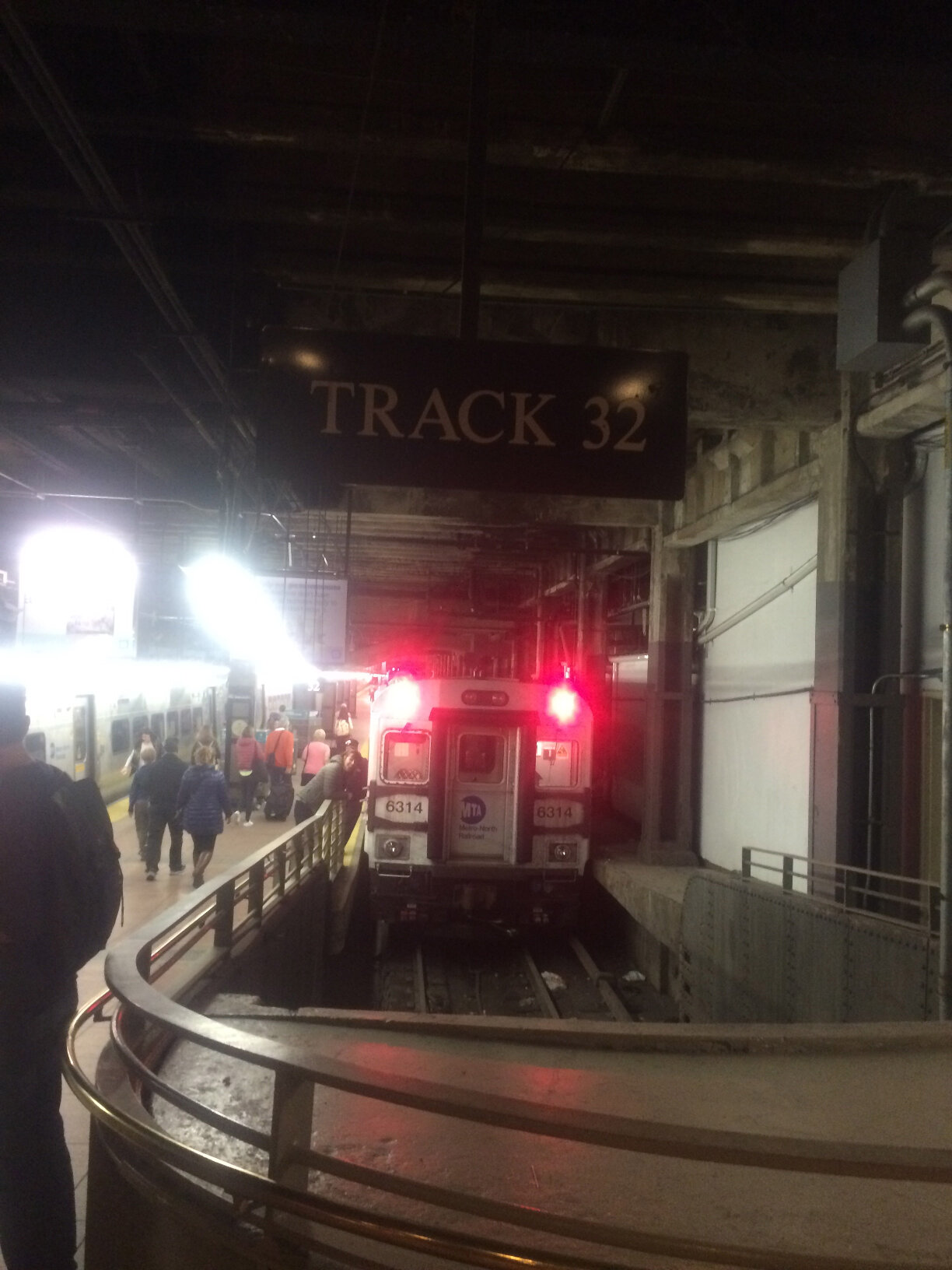 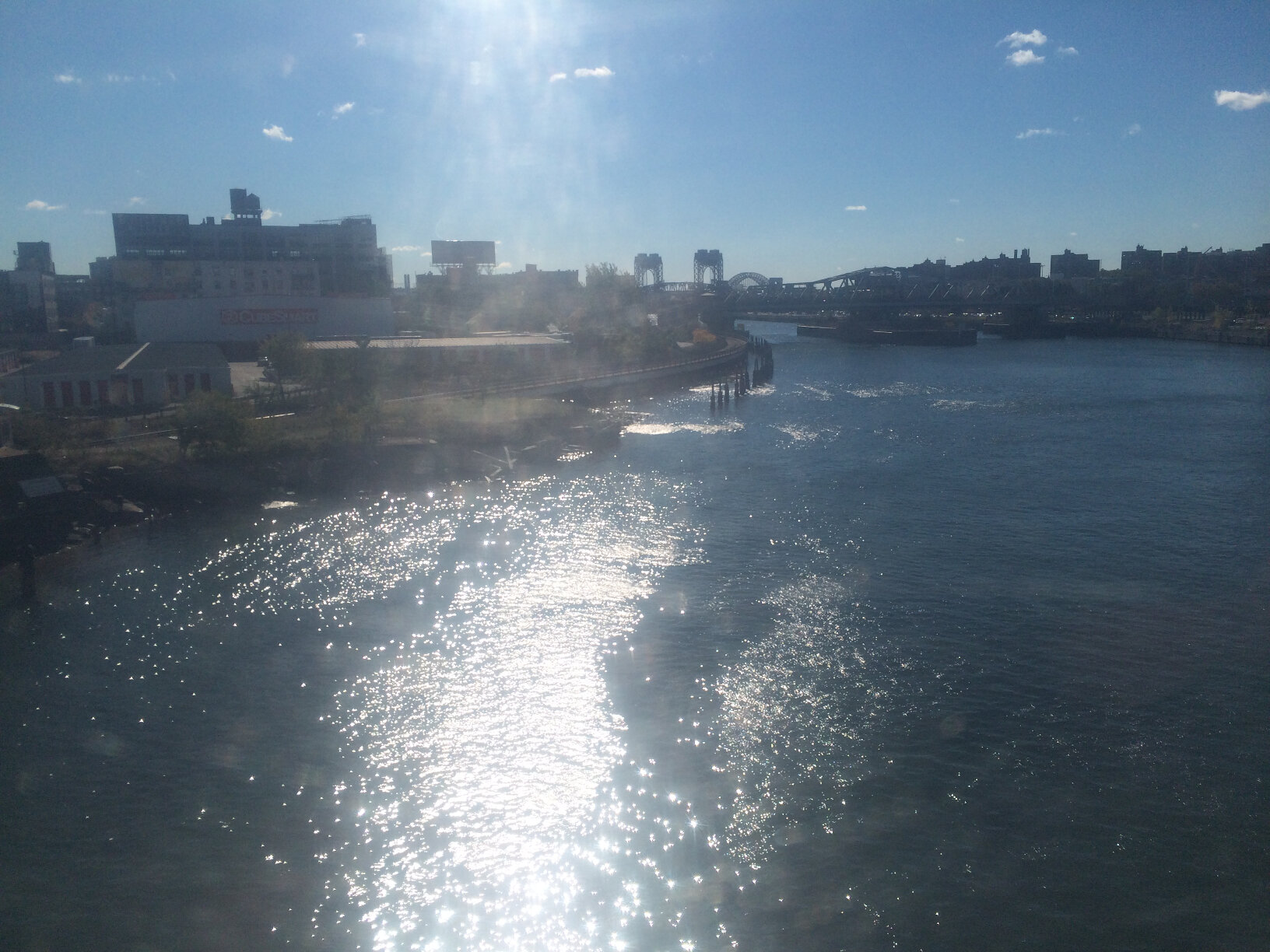 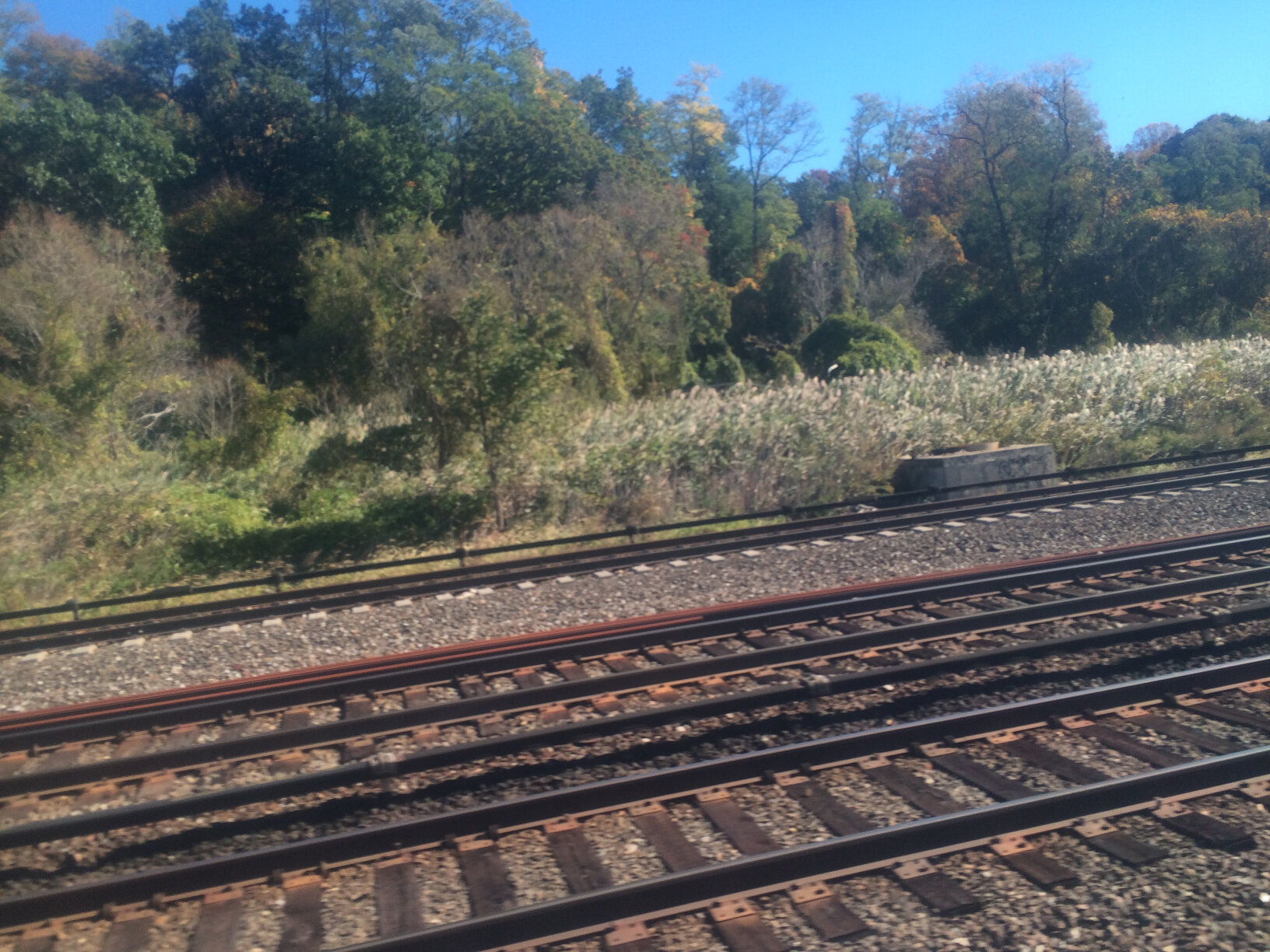 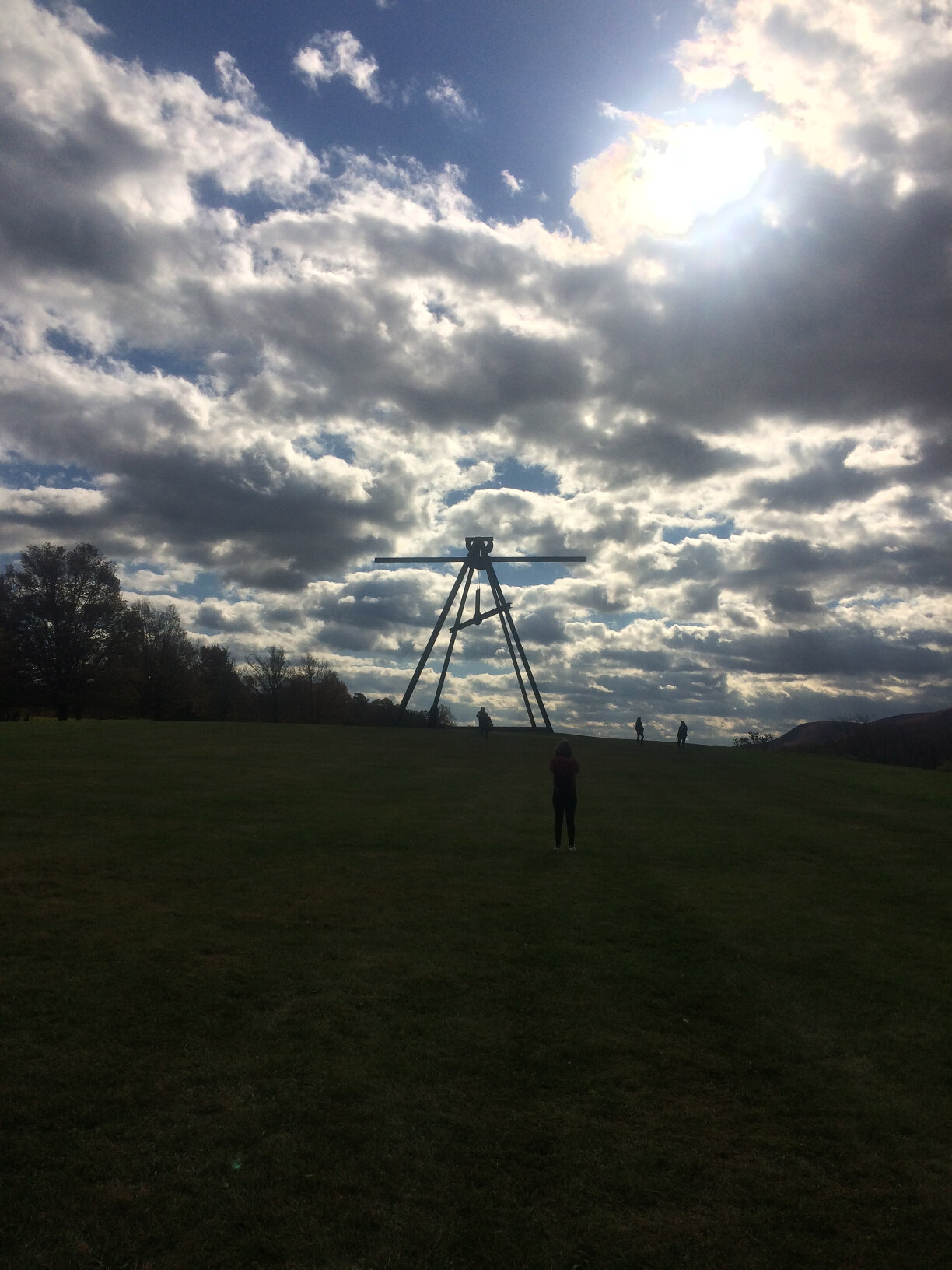 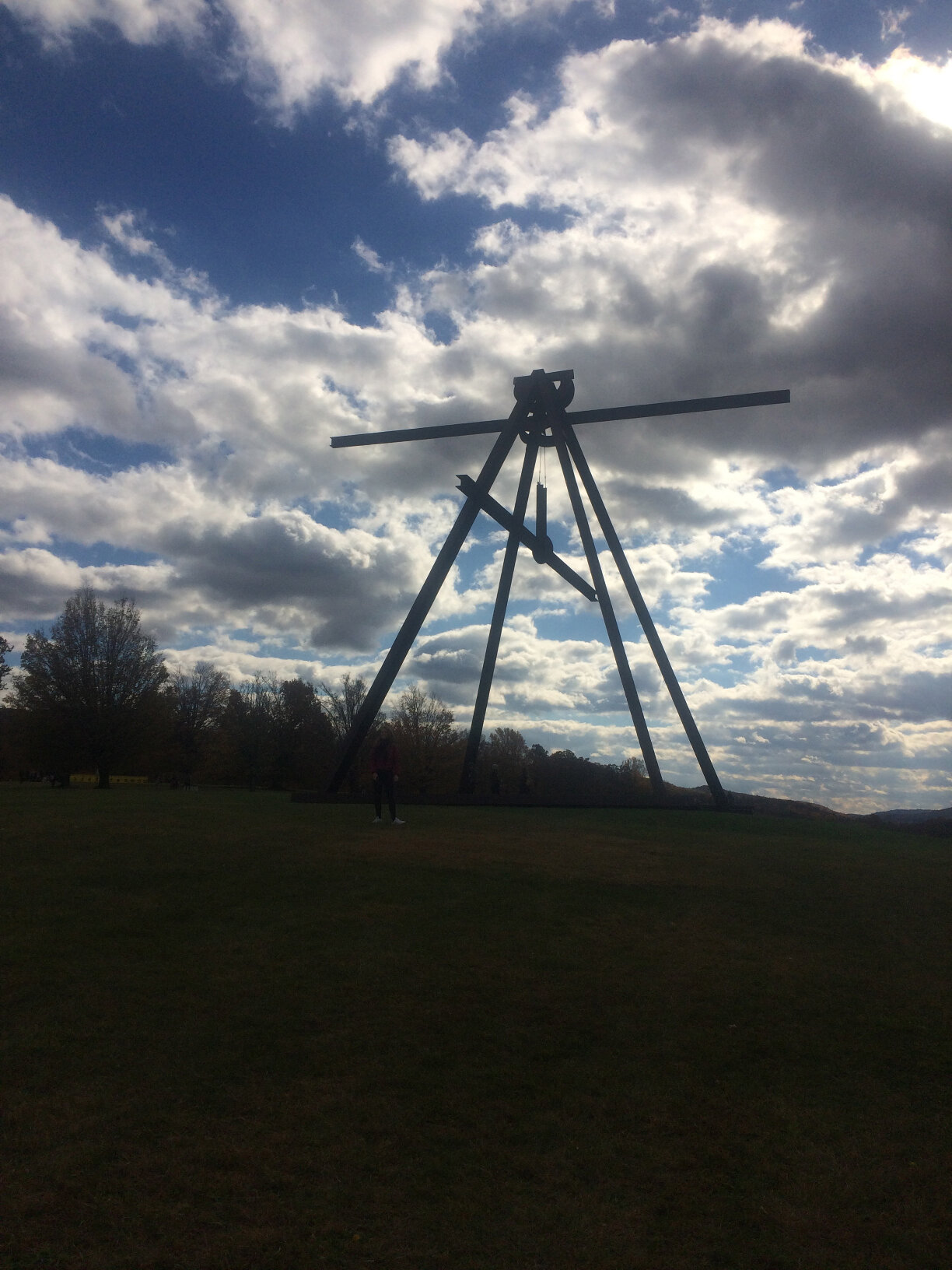 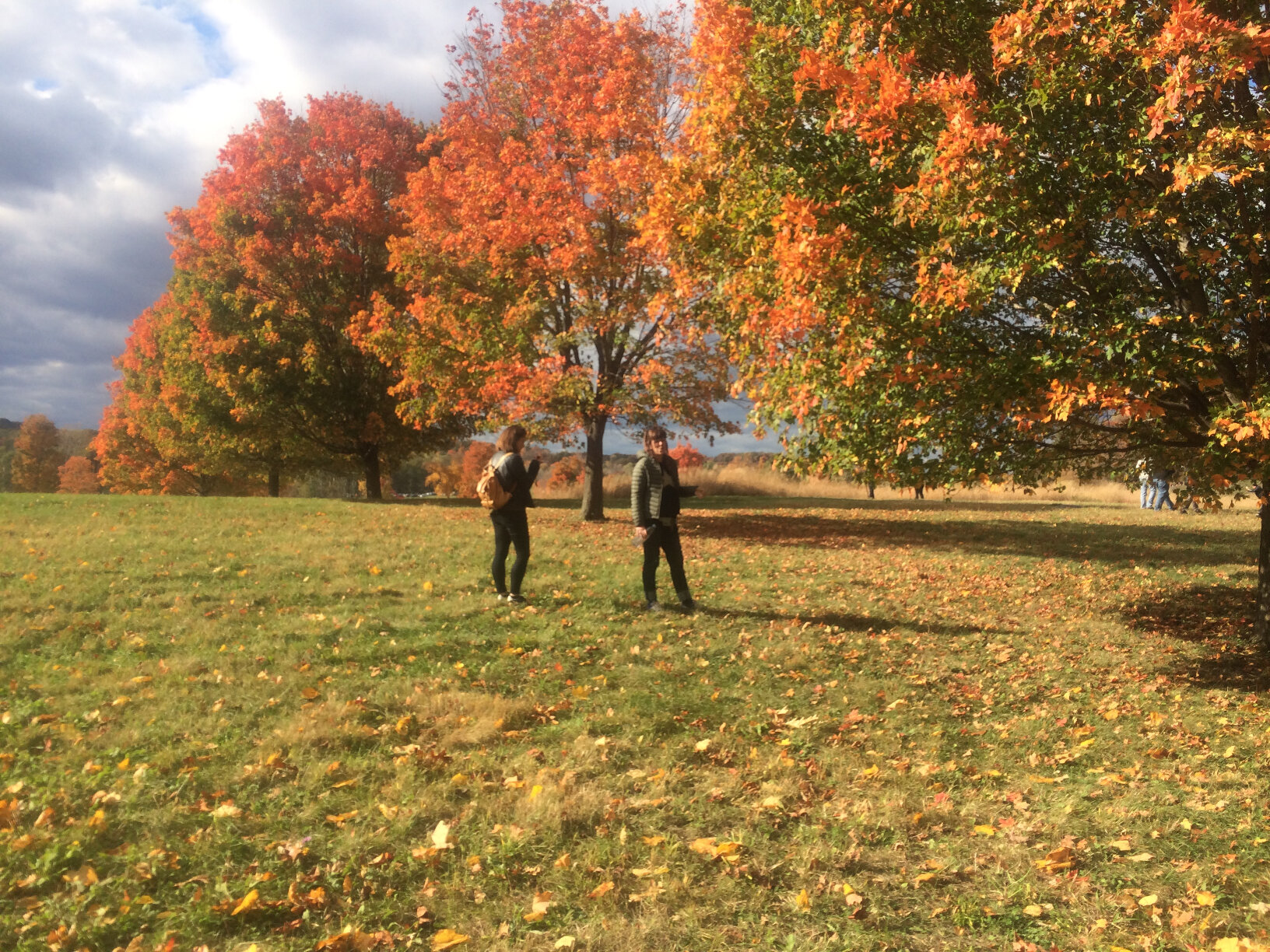 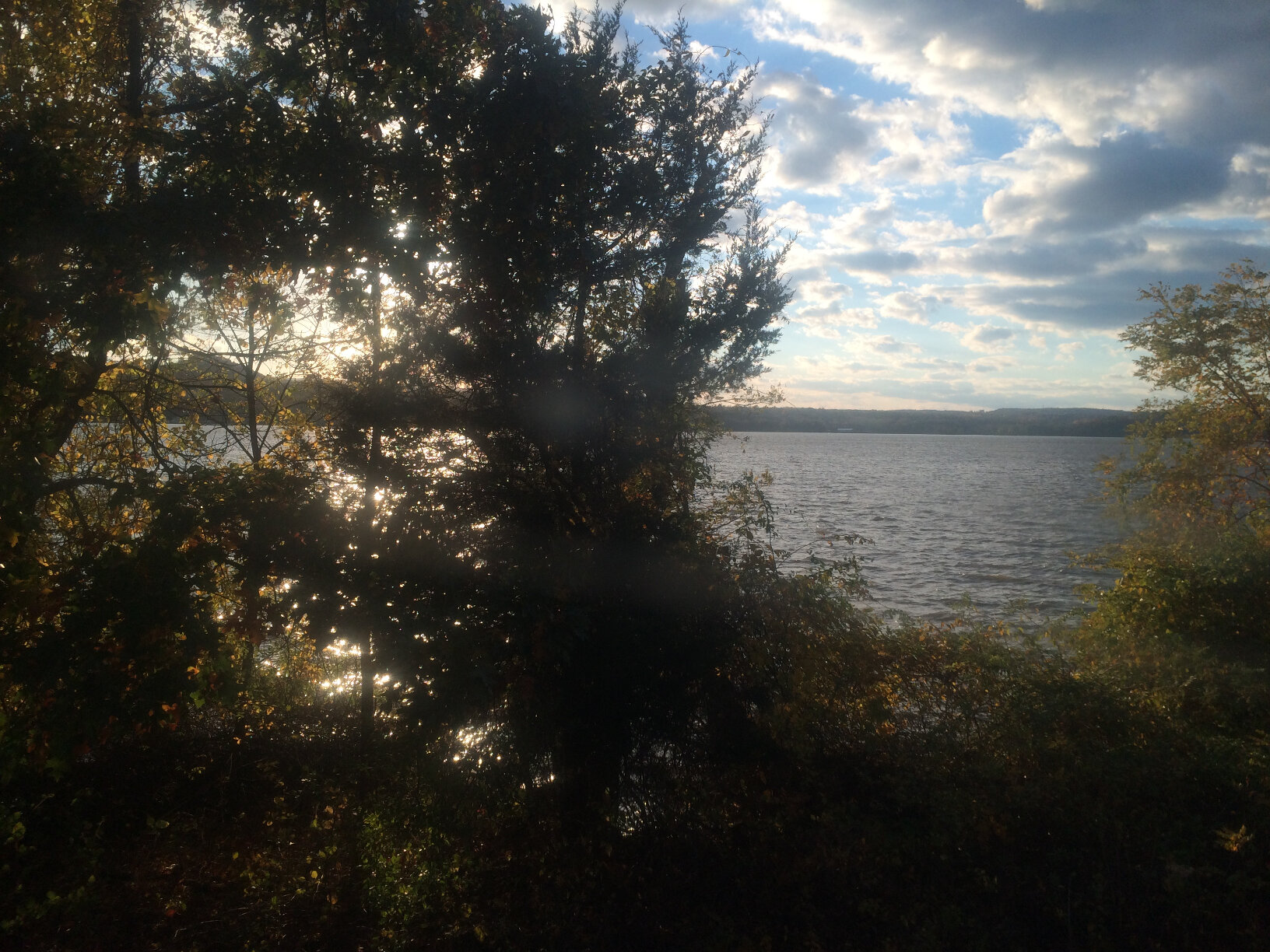 We travelled track 32 from Grand Central,
The Hudson Line up to Beacon,
Where fires were once lit on the Fishkill Mountains,
To warn of British army redcoat movement;
The hills and woodland were all red fall tint,
On both sides of the catspaw, white horse Hudson,
Where the Wappinger tribe once roamed free,
Until a Dutch royal patent transferred their land
To fur traders, merchants and millers;
And as our train moved upstream,
Through clouds of leaves whipped down by the wind,
I dream-glimpsed two traders in their beaver hats,
Paddling up the Hudson,
Scarlet cloth and scissors packed in their canoe.

I waved a greeting from home,
From Claire Honeyfield in the Made in Stroud shop:
‘I visited a private collection of First Nation clothing and effects in the redwoods of Northern California. Every tribe had “trade cloth” included somewhere in their traditional dress … All the way from little Stroud.’

They waved back in return,
As they headed into the wilderness,
From my dream-time manuscript
I had left in lower east side Manhattan:

‘I sailed from Bristol with a witch’s hag-cough,
Spitting phlegm on the ropes and rigging
All through the Atlantic’s winter storms;
The River Hudson brought no relief,
Just fog and headaches, as we made our way upstream.

Our trade went well with all the tribes,
Stroud Scarlet cloth, their prize;
With knives, rum and scissors and guns;
Beaver pelts, land and bearskins, ours.

Stroud Scarlet gave scant shelter
From our colds, catarrh and shivering agues;
Their death-rattle was our invitation
To praise God’s Will – with fences, palisades,
And the cultivation of funeral virgin wastes,
As we advanced inland with Protestant virtue.

Our mirrors too were well received,
Until the squaws regarded their small poxed reflections,
And rushed into the forests to die by their own hands.

I turned back from my reflection in the carriage window,
And picked up my copy of White Savage
(Recommended to me by Chris Moore,
When I bumped into him at Wallbridge) –
Fintan O’Toole’s book is about
‘William Johnson and the Invention of America’:

‘The biggest sellers were the coarse woollen blankets called strouds, which the Iroquois found to be lighter than fur or skin, easier to dry and therefore more suitable for a mobile life in a terrain of forest and river. They also came in bright colours which natural berry and root dyes could not match … The high quality and relatively low price … were so much appreciated by the Iroquois and other Indian nations that they represented perhaps the single biggest advantage the English enjoyed over the French colony in Canada in the competition for fur and allies.
When William Johnson began to trade in earnest from 1740 onwards, he provided woollens in shades of blue, red and black … suggesting that the Indians had very definite preferences … Crimson … red … ribbons in deep red, deep blue … deep yellow; scarlet, blue and green stockings for women; and coats of blue cloth with red cuffs.’