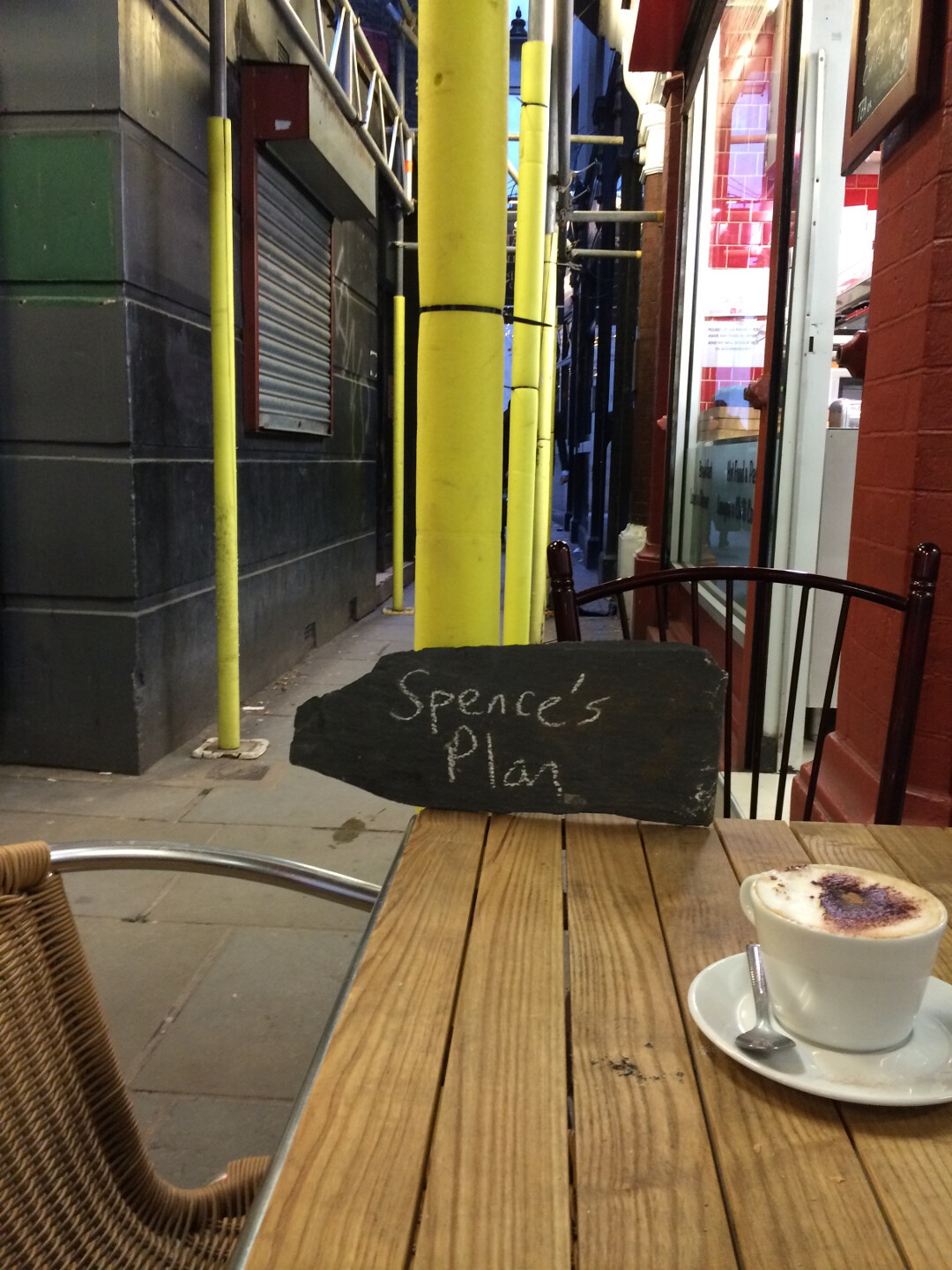 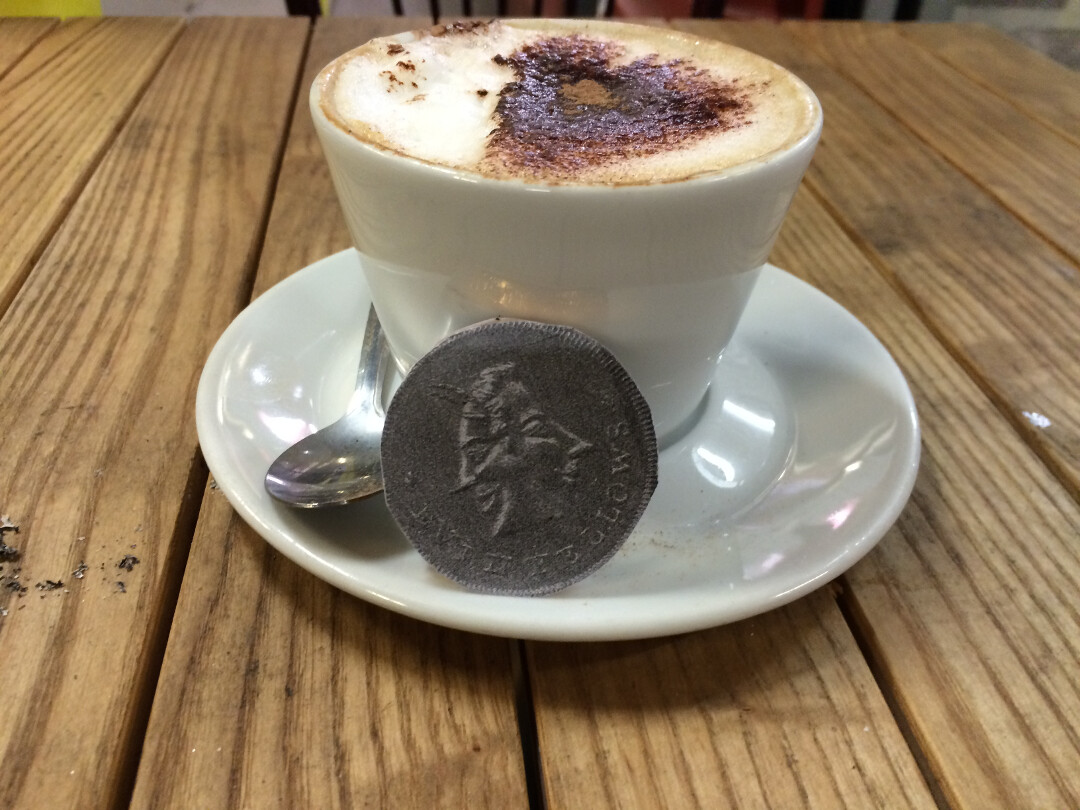 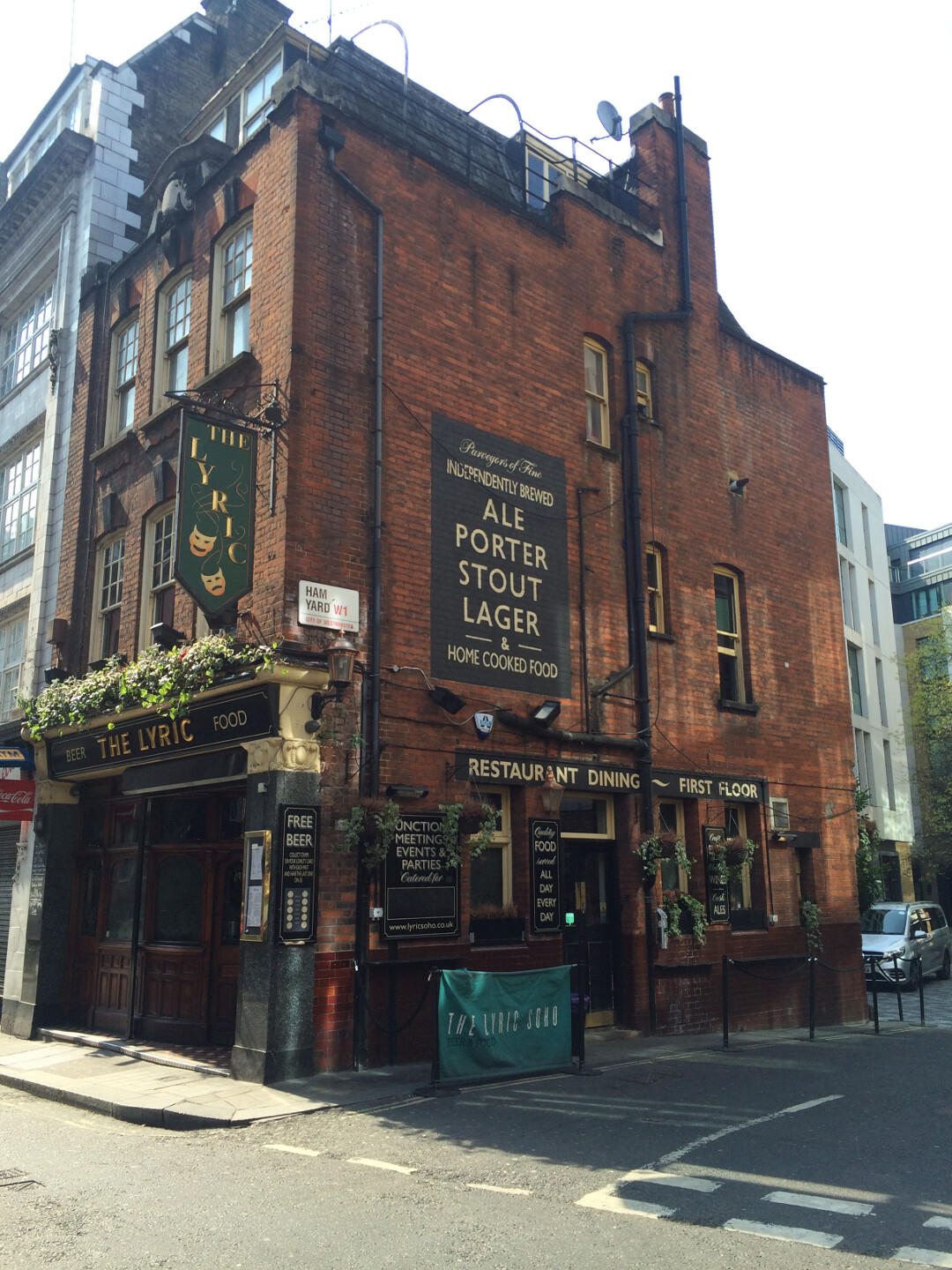 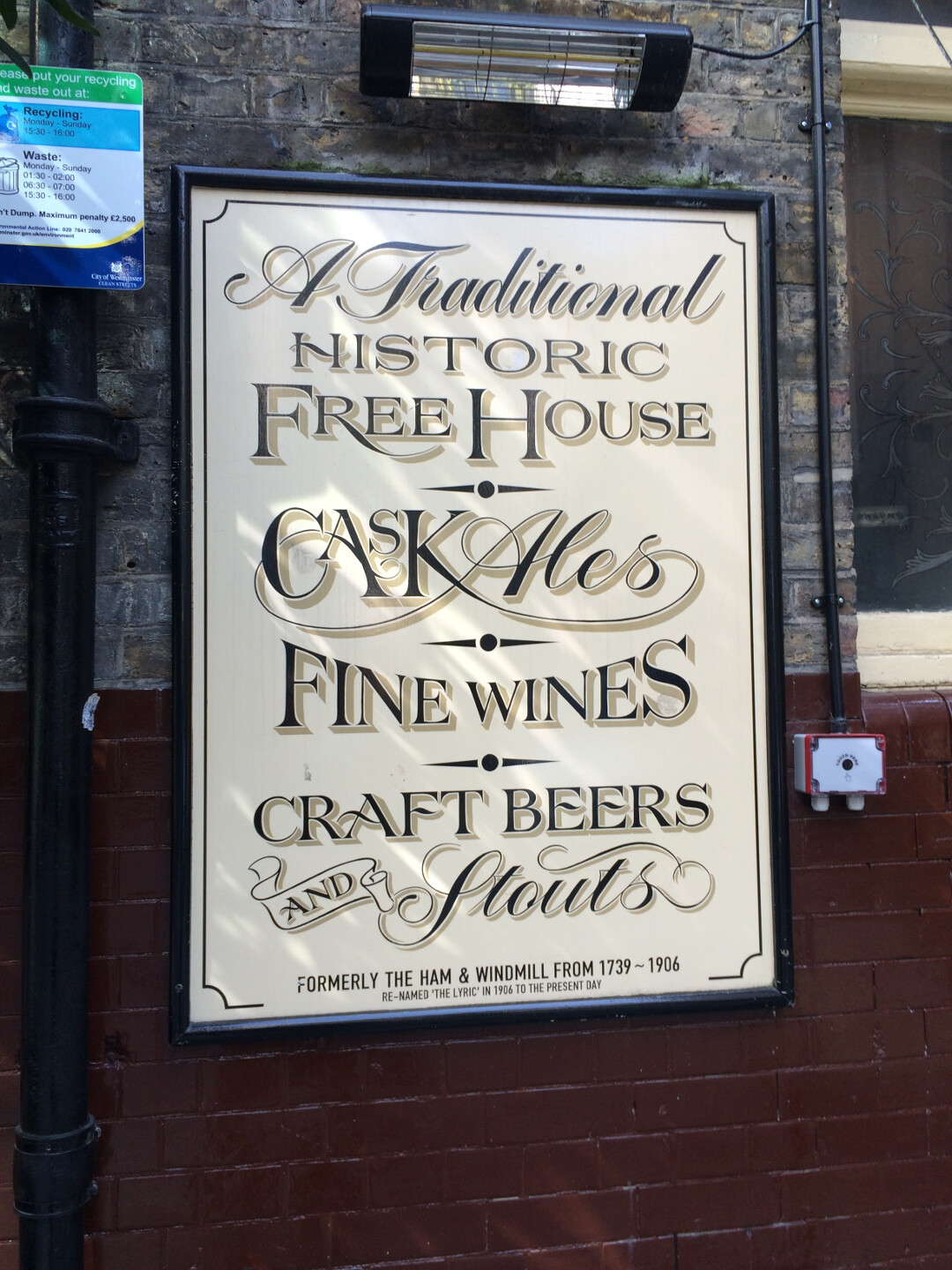 Buy his books, tracts and publications from his barrow,
Down in Chancery Lane
Or at The Hive of Liberty in Little Turnstile, High Holborn:
Pig’s Meat, or Lessons for the Swinish Multitude; The Rights of Infants;
The End of Oppression; The Giant-Killer; or Anti-landlord;
The Restorer of Society to its Natural State; Recantation of the End of Oppression, The Marine Republic, Agrarian Justice.

Remember his apocryphal tales:
‘”I tell you”, said he, “this wood is no common thing. It belongs to the Duke of Portland”… “But in the name of seriousness”, continued I, “must not one’s privileges be very great in a country where we dare not pluck a hazel nut? Is this an Englishman’s birthright? Is it for this we are called upon to serve in the militia, to defend this wood, and this country against the enemy?”’
Or to use his ubiquitous imagery,
He yearned to be as ‘Free as a cat’;
The reason why, at his trial,
He proffered this self-description:
The ‘unfed advocate of the disinherited seed of Adam’ –
He would eventually spend eight months in prison,
(A William Pitt stop spy-informer talked of drilling, with arms, in a room
above Thomas’ shop, which was, ‘decorated with lines in verse and prose expressing a determination to carry on this traffic in spite of Laws and Magistrates’;
but apart from this, the spy added, Spence lived in ‘the dirtiest poverty’),
On trial in 1801, for words such as the following in his
The Restorer of Society to its Natural State: ‘Now citizen if we really want to get rid of these evils … we must destroy not only personal and hereditary Lordship but the cause … which is private property in land, for this is the pillar that supports the aristocracy’

Ponder on the ephemerality of his graffiti –
Its tantalizing nature –
Evanescent chalking –
But we know it was widespread shared,
(The medium and the message),
Hear William Cobbett comment in the Spa Fields year of 1816:
‘We have all seen, for years past written on the walls,
in and near London, these words “Spence’s Plan”.’

Ponder on Thomas’ feminism,
The voice he used in his 1797 Rights of Infants:
‘Our sex were defenders of rights from the beginning … You shall find that we not only know our rights, but have spirit to assert them’;

Watch Thomas and his mates meet at the Swan,
Just over there in New Street Square,
Betwixt Holborn and Fleet Street,
Sharing beer and porter and radical songs,
Then disappearing into the darkness
Of London streets and thoroughfares,
Surreptitiously chalking their principles,
On pavements, pathways and high brick walls,
‘Spence’s Plan and Full Bellies’;
So ubiquitous was the graffiti,
That the Home Secretary declared that
‘Spence’s Plan’ was scrawled ‘on every wall in London’;
Others in high authority complained that,
‘Every wall in London has been covered
with inflammatory and seditious writings’;
While an observant London gentleman wrote.
‘We have all seen for years past written on walls in and near London the words “Spence’s Plan” and I never knew what it meant until … I received a pamphlet’:

As I went forth one morn
For some recreation
My thoughts did quickly turn
Upon a Reformation.
But far I had not gone,
Or could my thoughts recall, Sir,
Ere I spied Spence’s Plan,
Wrote up against a wall, Sir.
I star’d with open Eyes,
And wonder’d what it meant, Sir,
But found with great surprise
As farther on I went, Sir,
Dispute it if you can,
I spied within a Lane, Sir,
Spence’s Rights of Man,
Wrote boldly up again, Sir.

Determin’d in my mind,
For to read his Plan, Sir,
I quickly went to find
This enterprising man, Sir,
To the Swan I took my flight
Down in New-Street-Square, Sir,
Where every Monday night,
Friend Tommy Spence comes there, Sir.

I purchased there a book,
And by the powers above, Sir,
When in it I did look.
I quickly did approve, Sir.’

Oh, Mr Porter what did you do?
The magistrates were after you,
From here to Waterloo –
And the pages of Hansard:
‘Utterly subversive of every well regulated state, subversive of all property, order and government’, and, in consequence, uniquely in British history,
A set of ideas and an ideology were illegalized:
‘All societies or clubs calling themselves Spencean or Spencean Philanthropists, and all other societies and clubs, by whatever name or deception the same are called or known, who hold and profess or shall hold and profess their objects and doctrines’ …
(The earlier ‘FREE AND EASIES’,
The tavern-carousing-radicalism, had been replaced
After 1812, just as Luddism took root in the north,
With the formation of a ‘Spencean Philanthropists’ Society,
Often meeting at the Fleece in Little Windmill Street),
The government was alarmed that Spenceanism
Was spreading in popularity in the provinces,
Alarmed that formal organization was far more potent
Than the free and easies in the taverns:
In Bristol: ‘ a Sett of Villains who stile themselves Spencean
or Hampton Club Men and who … have the impudence
Still to circulate their Damnible Doctrines of Levelling’;
There was also anxiety about the North and Midlands too;

The Spenceans slipped rather more underground after this
(The effect of the Seditious Meetings Act of 1817),
But five of their more forthright fraternity
Would be executed for their part
In the 1820 Cato Street Conspiracy,
But Allen Davenport and co kept the flame alive,
‘The People’s Farm’, reviled by Malthus,
Remembered by Marx,
Admired by Chartists – for example,
The Chartist newspaper Nation:
‘As yet no stone or other memorial marks the spot where this persecuted friend of mankind at length found rest. When will the gratitude of the working classes raise a fitting monument to commemorate the virtues, and martyr-like sacrifices, of this model man of their “order”?’

Sweet reason and the printing press had failed to bring about the Jubilee,
While attempts and plans for coup d’etats
Also, of course, failed: Colonel Despard,
The United Englishmen,
The United Irishmen,
Spa Fields, the Penrtidge Rising,
The Cato Street Conspiracy,
And back at the turn of the century,
When Spence was jailed in 1801,
For seditious libel, he wrote these
Melancholy and despairing words:
‘The people without treat me with the contempt due to a lunatic … it is only the Government that wishes to make me appear of consequence, and the people within treat me as bad or worse than the most notorious Felons among them.’

He did not live to hear these words:
‘I wish to join the Society of Spencean Philanthropists.’
‘Why then, sir, follow this catechism:
Are you of the opinion that the land or territory of the nation is by nature the people’s farm … Are you then willing to become a true Spencean Philanthropist, by endeavouring to extend a knowledge of these natural rights…?’
And to conclude, before we follow his cortege,
Let us remember Thomas Spence
For his work on a dictionary and literacy,
He may have followed in the wake of Dr. Johnson,
But Spence sought to empower working people,
Not satisfy aristocratic patrons,
But instead empower working people who lived within an oral culture,
And so he developed a spelling reform,
And The ‘Crusonian’ Alphabet,
To try and make reading and writing easier
For the labouring classes,
So they could confront their so-called betters –
The graffiti, the tokens, the tracts,
The pamphlets, the songs, the poems, the sayings, the slogans,
But especially the songs, in taverns, clubs and the streets,
The free and easies,
This was all part of ‘Spence’s Plan’,
These weren’t a series of random ideas and actions,
It was all part of a coherent strategy:
A fusion of the oral and the textual:
‘Spence’s Plan’;

And now, finally, a few words about the funeral –
The 1814 ceremony was attended
‘by a numerous throng of political admirers … medallions were distributed; and a pair of scales preceded his corpse, indicative of his view’ …

‘That man, that honest man, was Thomas Spence
Whose genius, judgment, wit, and manly sense,
Confounded all the dogmas of the schools,
And prov’d that statesmen are but leaned fools;
That priests preach future worlds of pain and bliss,
To cheat the weak, and rob the poor in this!
Or else their practice and their cry would be,
“Let all be equal, and let all be free!”’
(Allen Davenport)

After a high church ceremony
At St Botolph-without-Bishopgate,
With attendant high church Christian charity,
And allegiance sworn to Her Majesty the Queen
(DG Reg and FD still on the coins left in my pocket),
I went in search of the High Holborn spot
Where revolutionary Thomas Spence
Hawked his revolutionary tracts,
And where he ruminated on the slogans
That he and his followers would chalk
On the pavements and walls of London town,
And where he would cogitate on the words
And imagery of the tokens
That he would circulate through the capital,
Or throw at the crowds processing towards Newgate:
‘No Landlords You Fools”,
Or the depiction of the hanging
Of Prime Minister William Pitt, perhaps –
And there, in Little Turnstile,
High Holborn,
Just by the Little Venice Café,
The Pret a Manger,
The pub and the William Hill’s,
Just there in William Blake’s chartered streets,
A beggar held out her hands just where Tom once stood,
Calling for a Jubilee, not charity.

She shivered in the cold on the pavement
Once chalked by Thomas Spence –
I pressed a few coins of the realm into her hand,
The few I had left after last night’s service.
Still no Jubilee:
Charity.