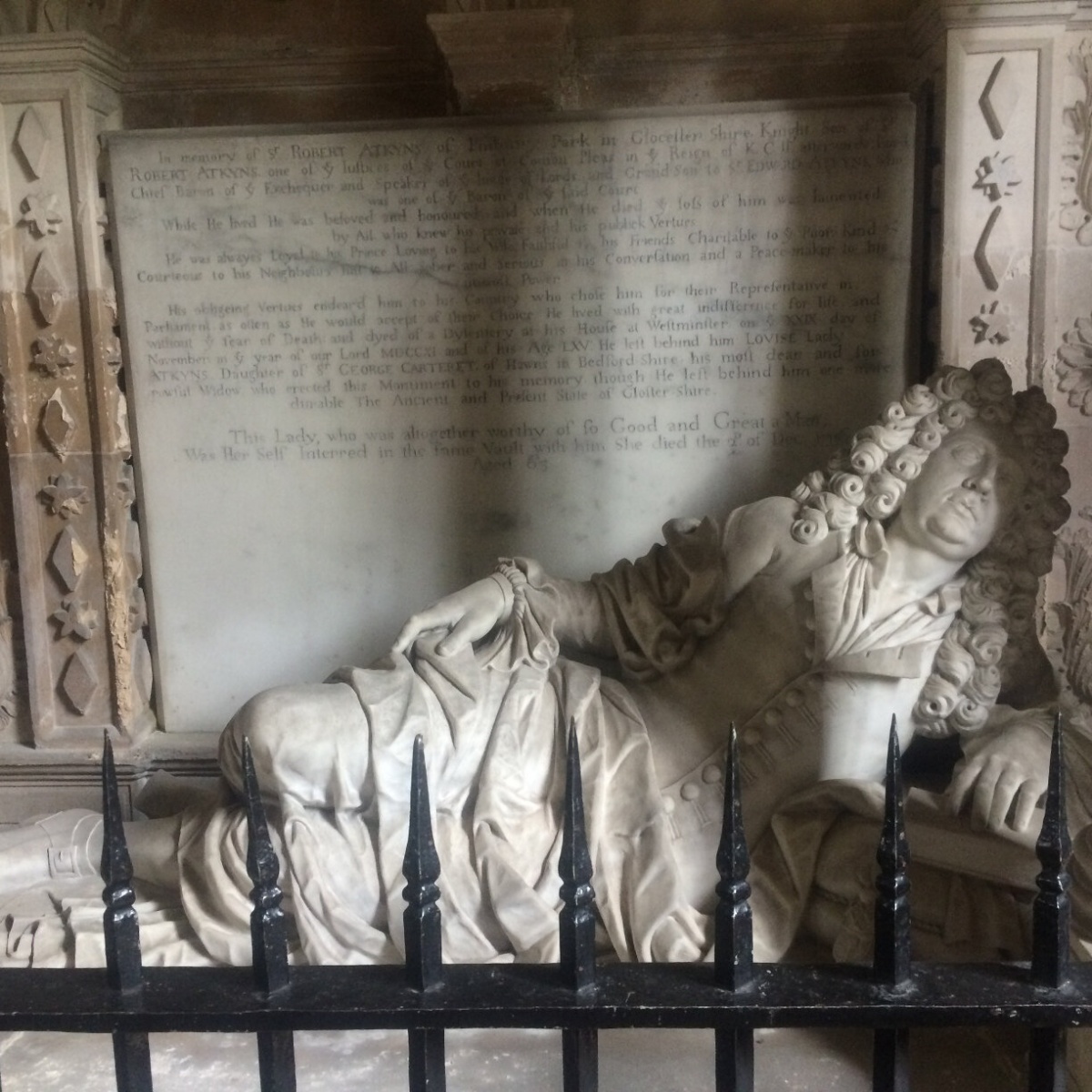 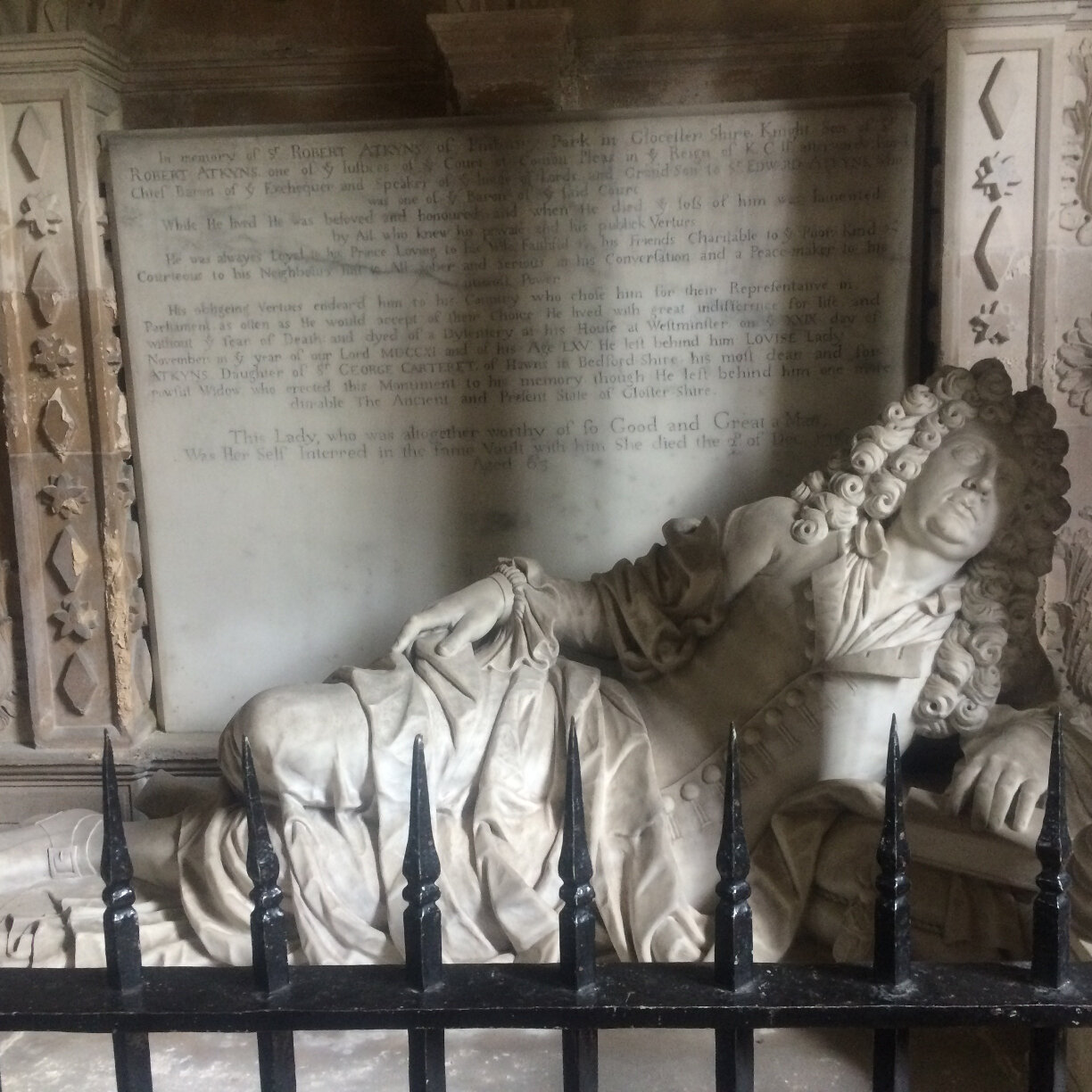 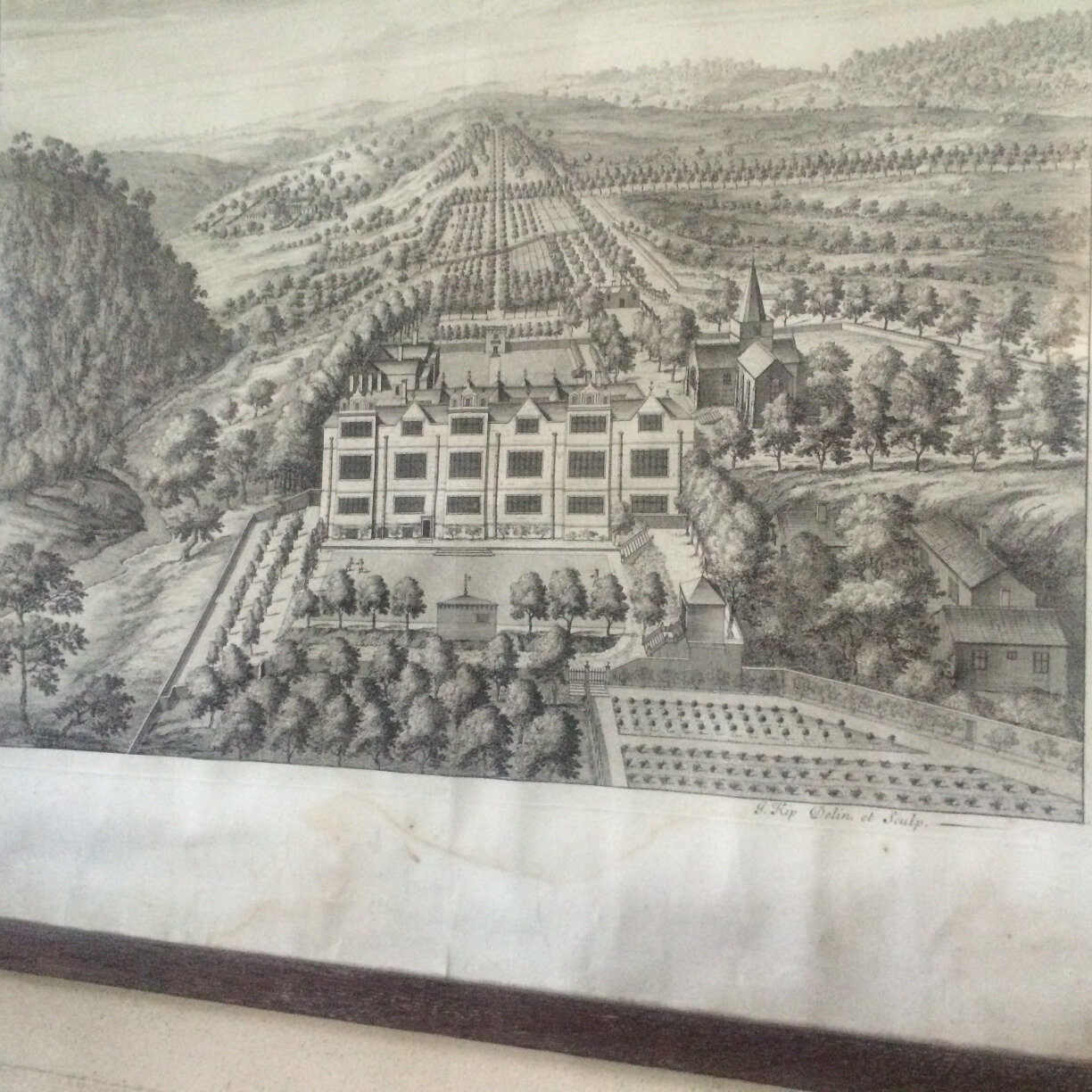 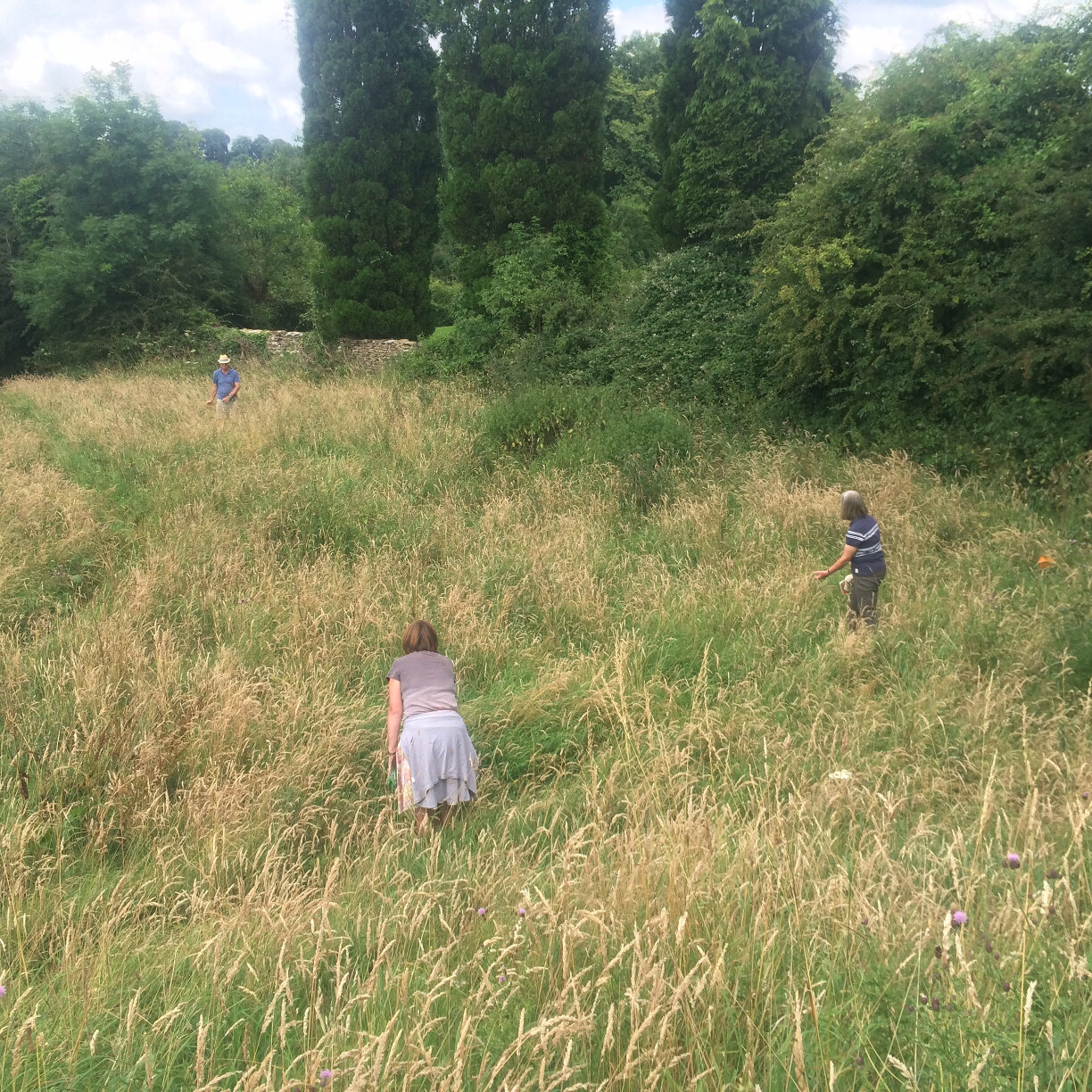 The church in Sapperton is dedicated to St.Kenhelm,
A much venerated Anglo-Saxon saint,
Whose shrine at Winchcombe
Was thus extolled by William of Malmesbury:
‘There was no place in England to where more pilgrims travelled
than to Winchcombe on Kenhelm’s feast day’.

The church at Sapperton is outwardly modest and yew tree shadowed,
But inside is a huge rococo stone effigy to Sir Robert Atkyns
(Once of this Frome valley parish at Pinbury Park);
His father owned and lived at Sapperton Manor,
‘A very grand building, rather overpowering’,
According to Alan Pilbeam in Gloucestershire 300 Years Ago.

A 1712 picture of the house and grounds is engrossing:
It shows umpteen bays, finials, gables, chimneys and trees,
And a vast estate of sylvan straight-line avenues,
Progressively receding into far distant vanishing point.

A bowling green stands in the foreground of this landscaped geometry,
With three diminutive figures triangulated in leisured sport –
Their pose captured forever like a draughtsman’s contract.
And as these figures went about their contracted play,
Sir Robert completed The Ancient and Present State of Glostershire
Before dying of dysentery – his book published posthumously.

The house was demolished some twenty years later,
But you can walk to its ghosts down the track by the side of the church:
‘A grassy mound of rubble below the church marks its former site …
The unusually flat surface beside the mound was the bowling green’ –
We descended to this spot to recreate and limn the bowlers’ triangle,
In a draughtsman’s liminal contact, contracted through time,
Surveyed with scales of justice.

The Sapperton estate was acquired by the Bathursts
(Patrician beneficiaries of the profits of slavery),
Who promptly demolished the grand house
(The Age of Elegance and Reason),
And though Alexander Pope might wander through this valley,
Augustan couplet praise, two a penny,
The Door of No Return and the Middle Passage
Meant a different triangle
(In the Atlantic Ocean,
With sharks and Bristol slaving ships):
But a contract must be honoured,
Even in the face of hypocrisy.

King Charles had already paid for sleeping at Sapperton with his head,
King George the Third visited Sapperton in 1788,
And went mad that year,
Talking to the trees,
Rather than his courtiers –
For here is an enchanted landscape,
Disenchanted by by slavery:
For the infant River Frome would wend its way
To the Severn, the Bristol Channel, the Atlantic Ocean,
And so to Benjamin Bathurst, Deputy-Governor of the Leeward Islands,
‘And a high-ranking official and shareholder in the Royal African Company’
(Madge Dresser: Slavery and the British Country House),
And golden, cankered, guineas would make so many return voyages,
Across the Atlantic Ocean,
And so,
To that
‘Grassy mound of rubble below the church’,
Where three figures re-limned ‘a triangle of persons at bowls’,
And reconfigured a historical contract,
On Saturday 23rd July,
In the Year of Our Lord,
MMXV1.