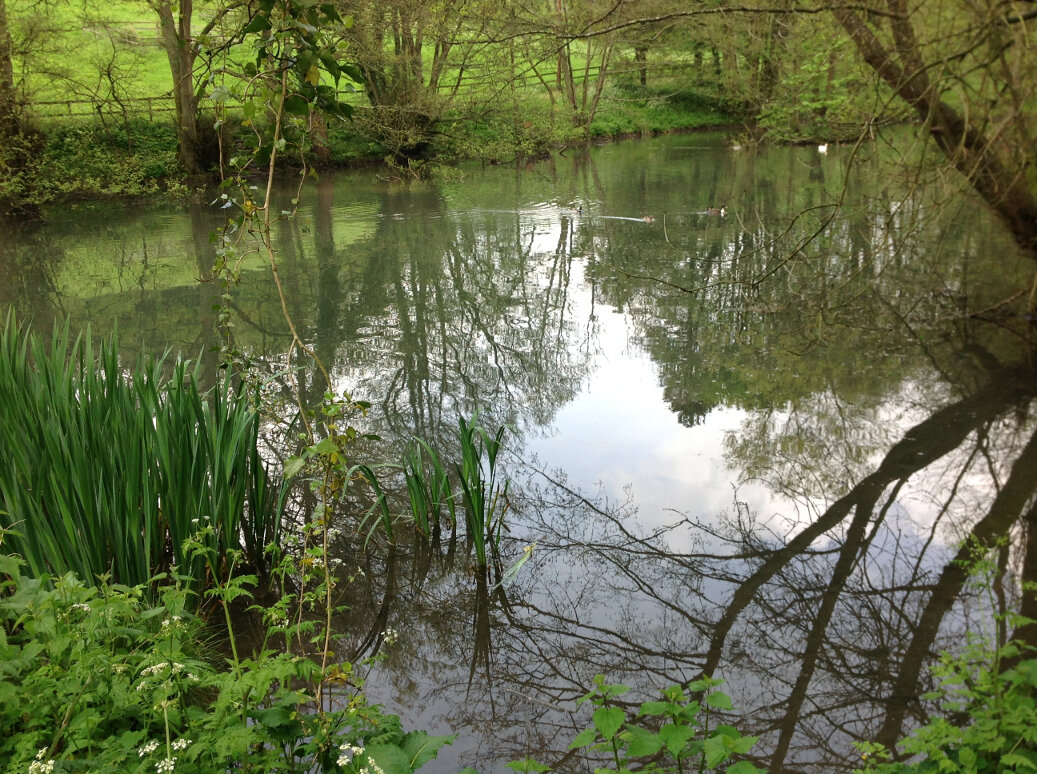 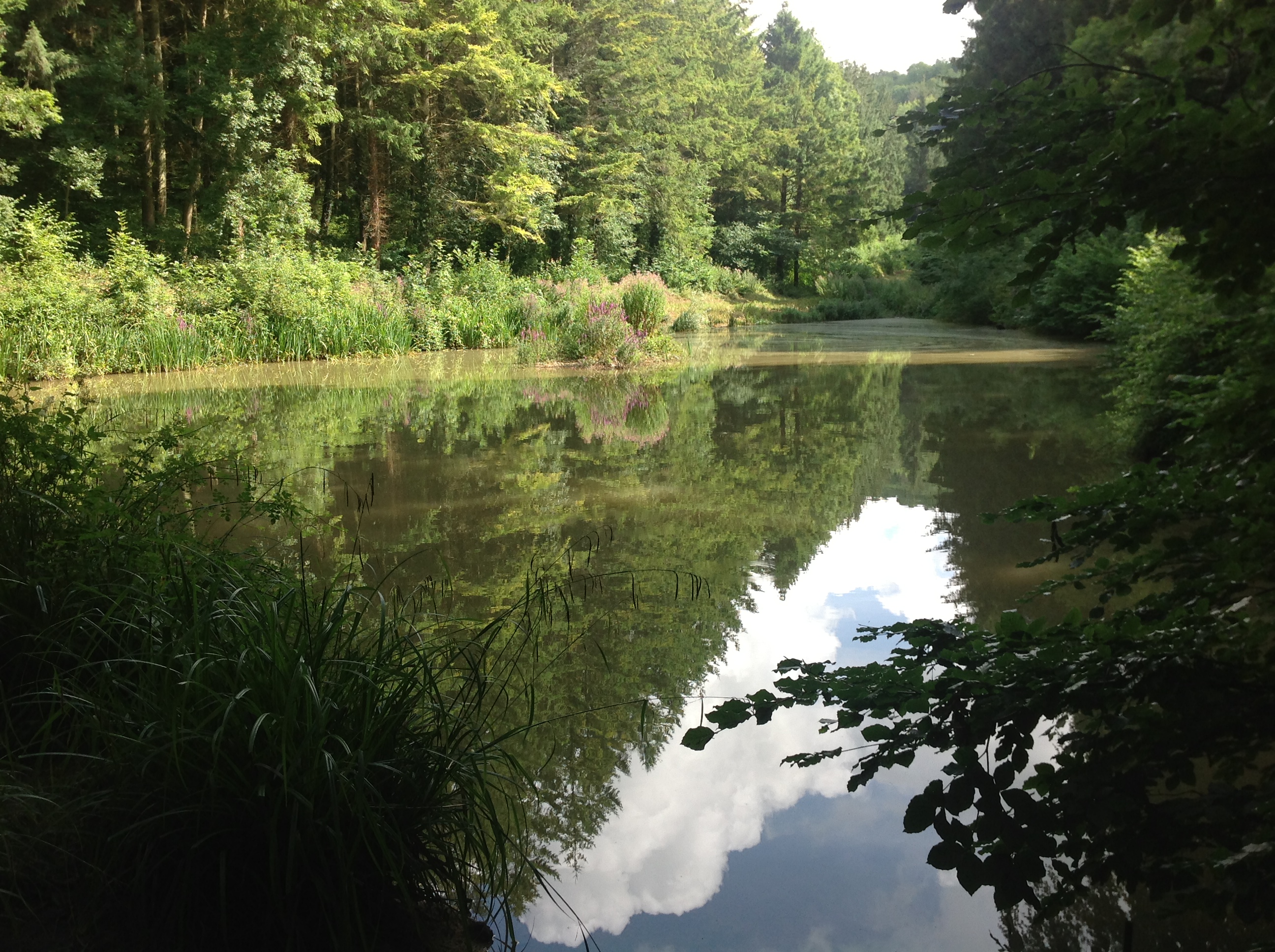 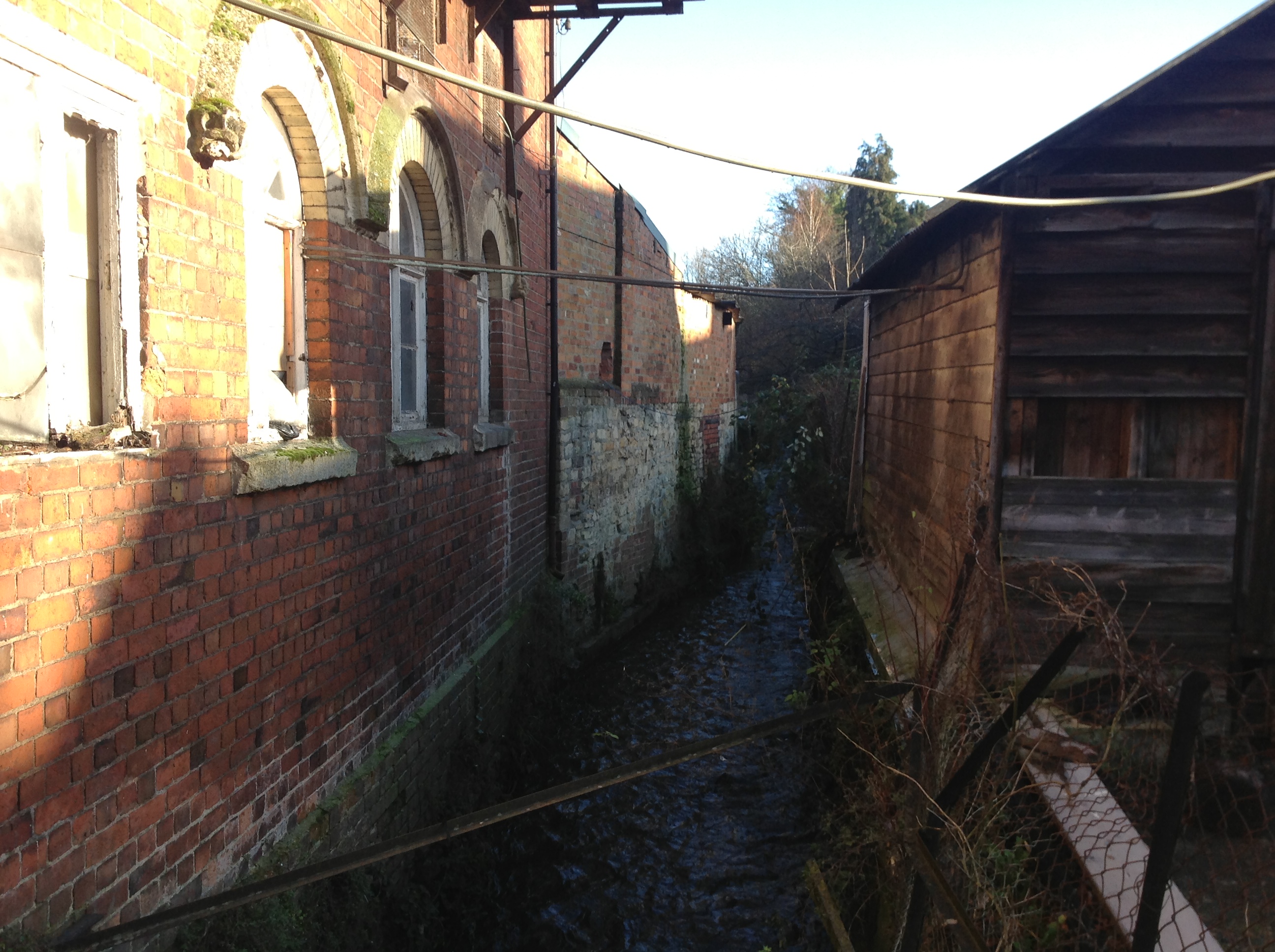 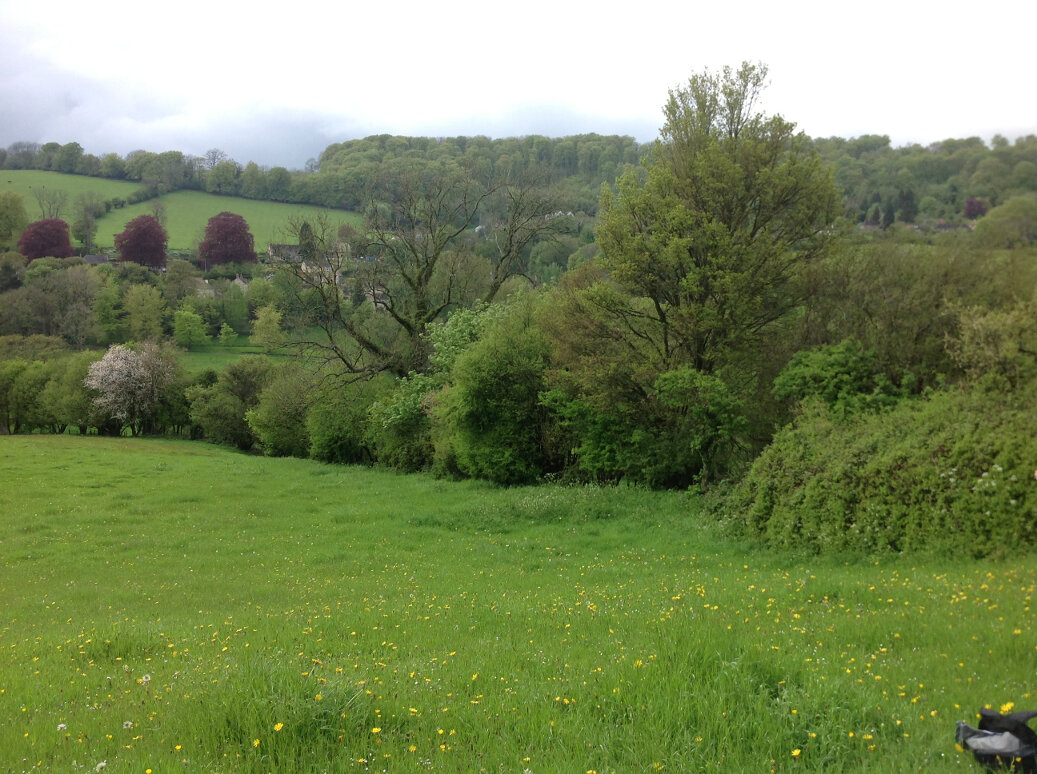 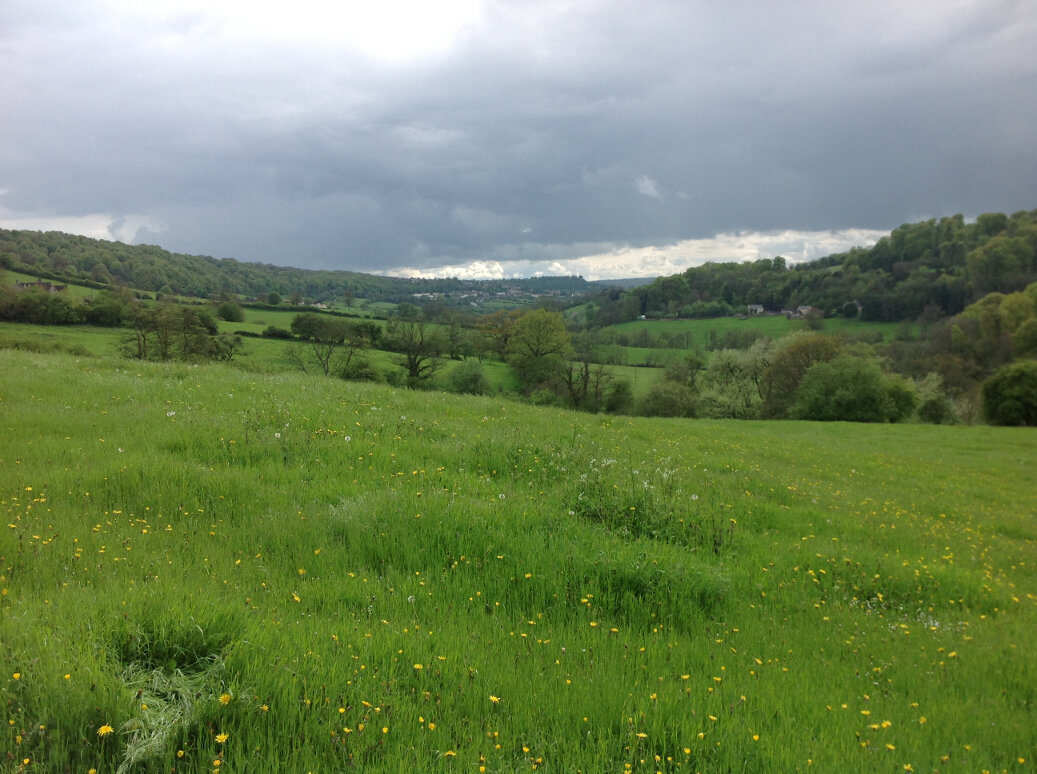 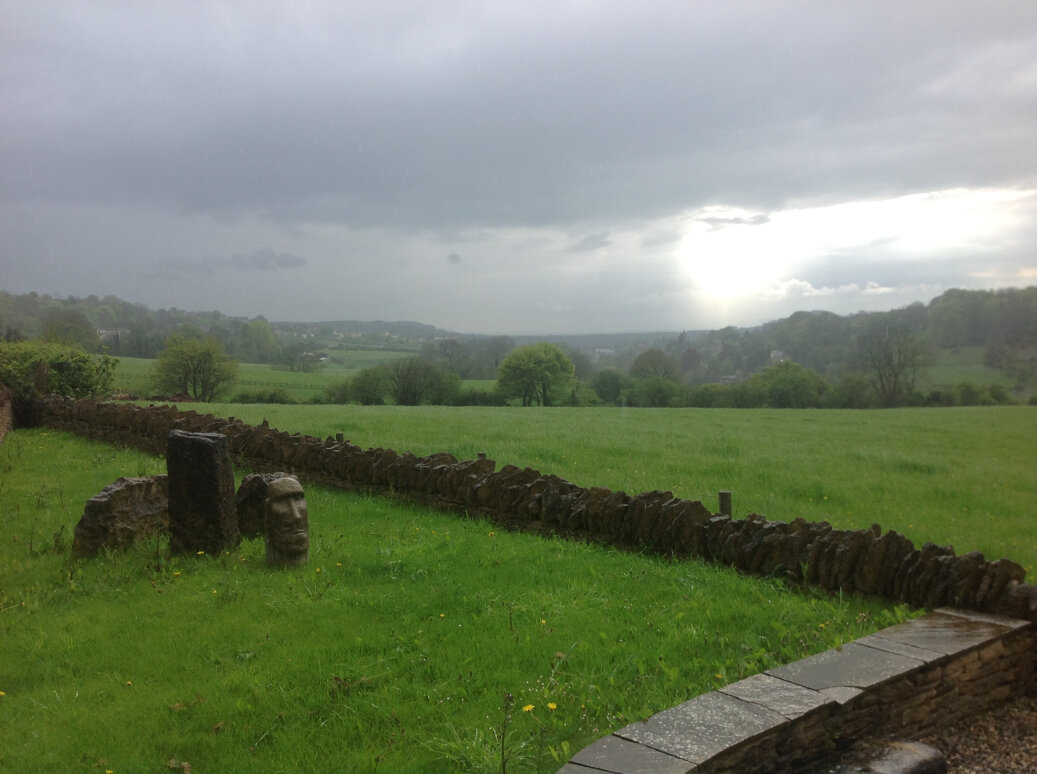 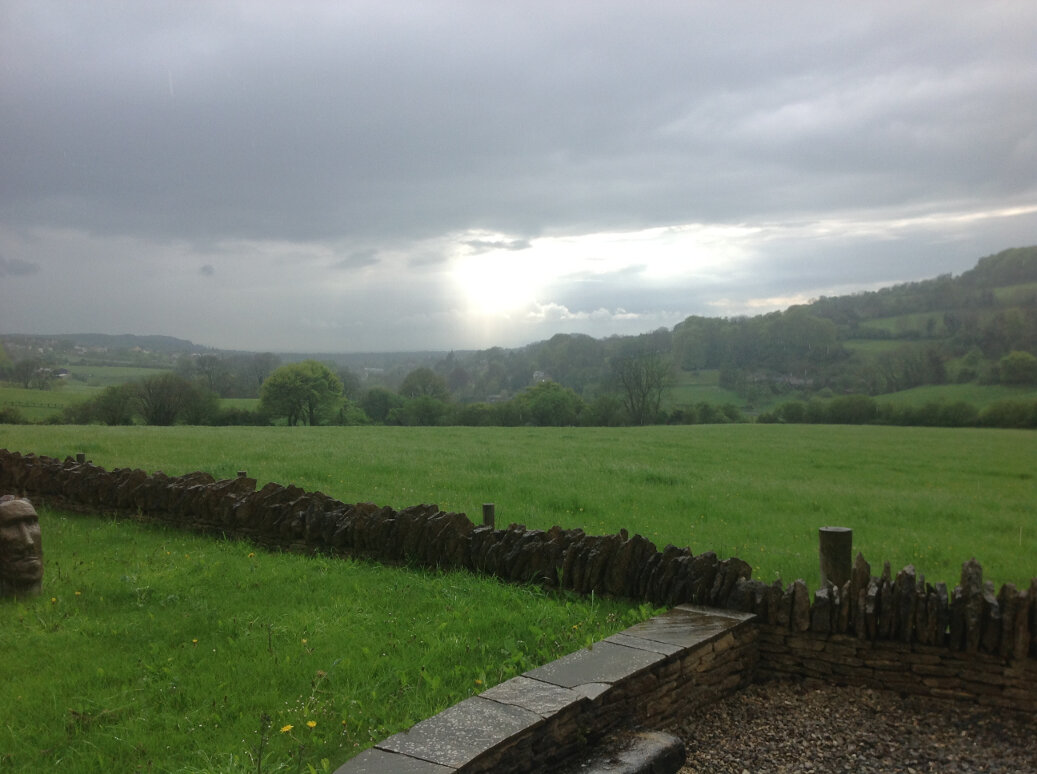 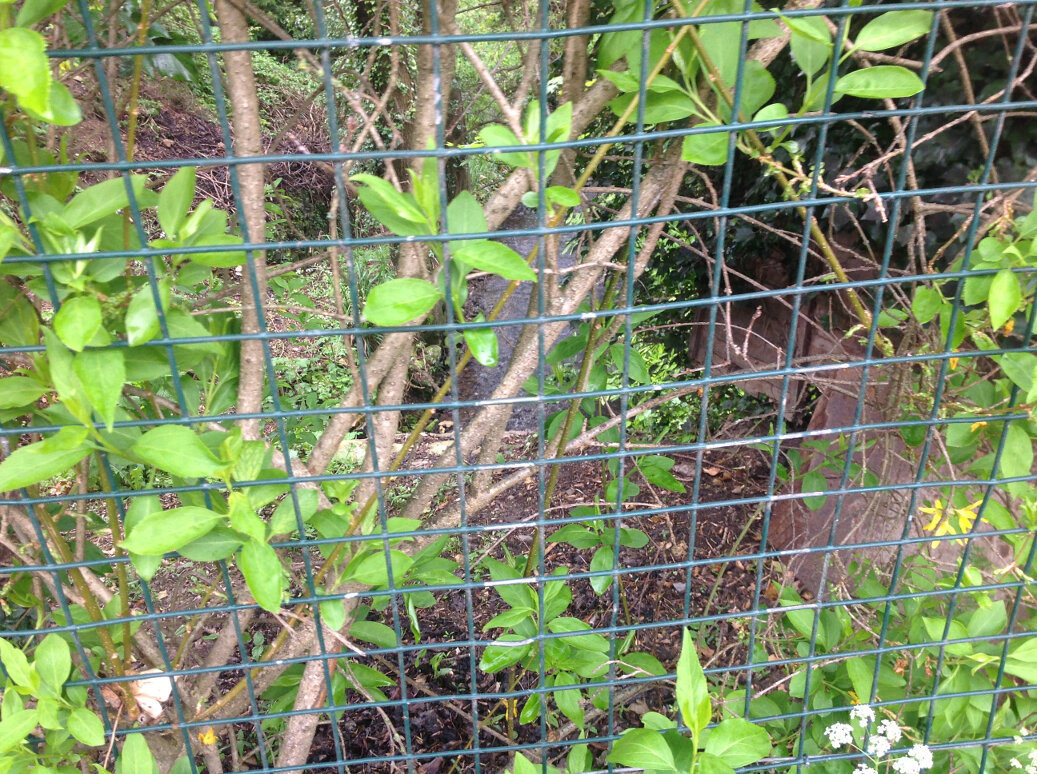 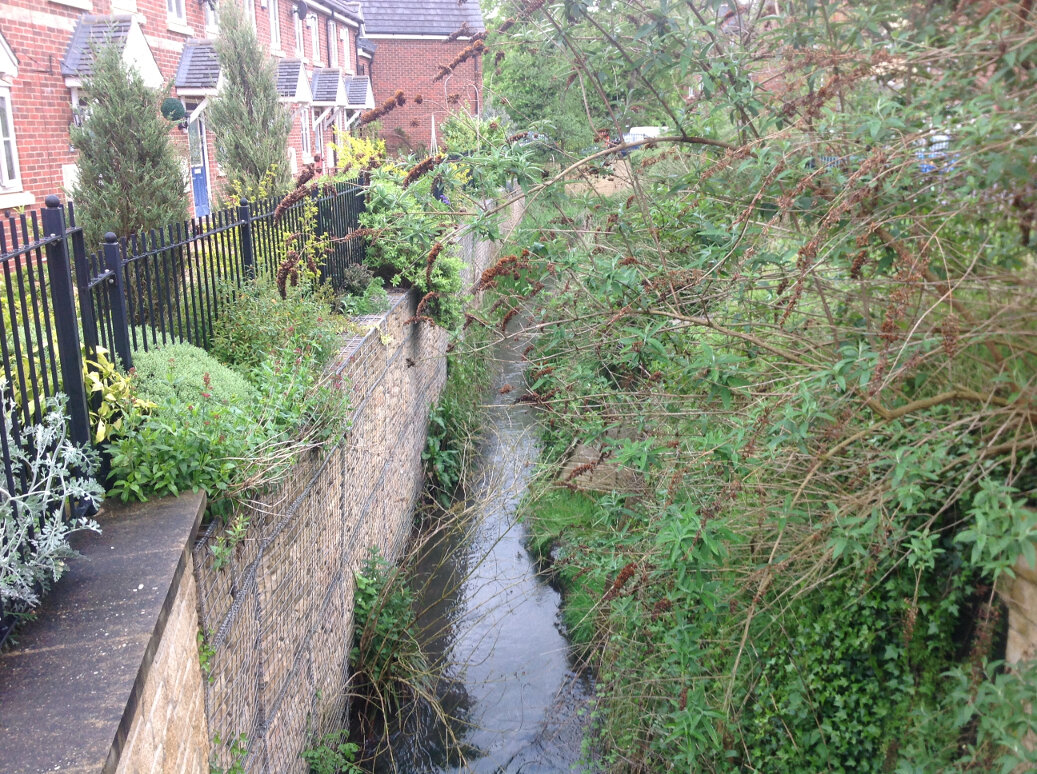 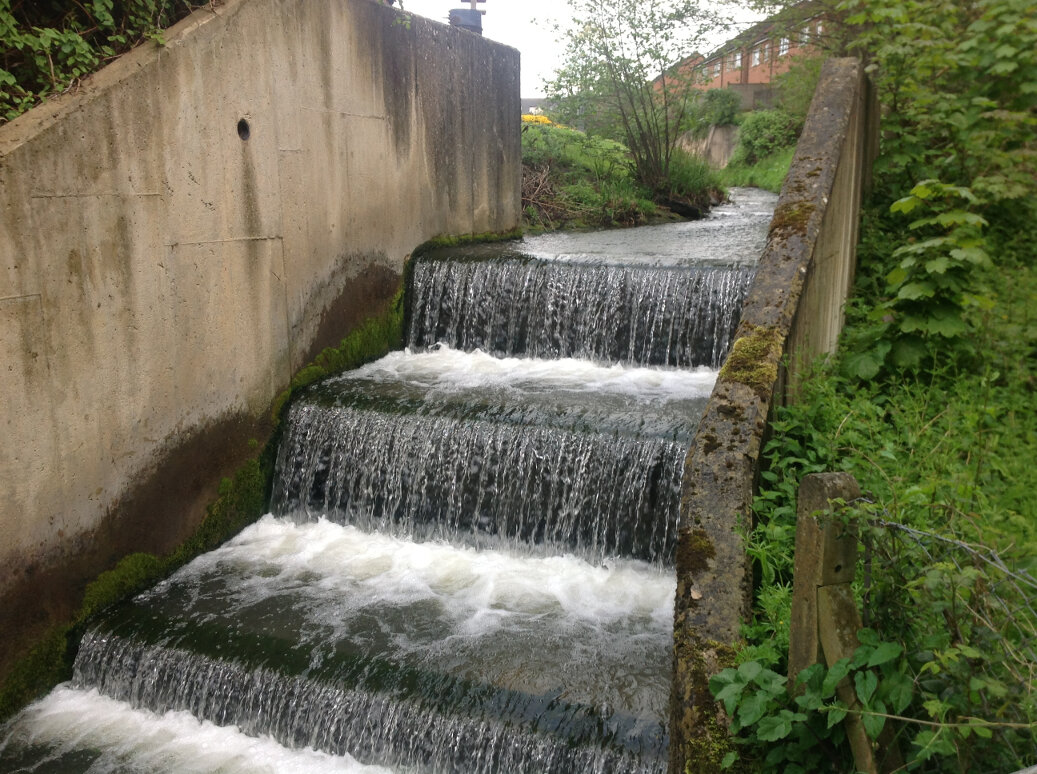 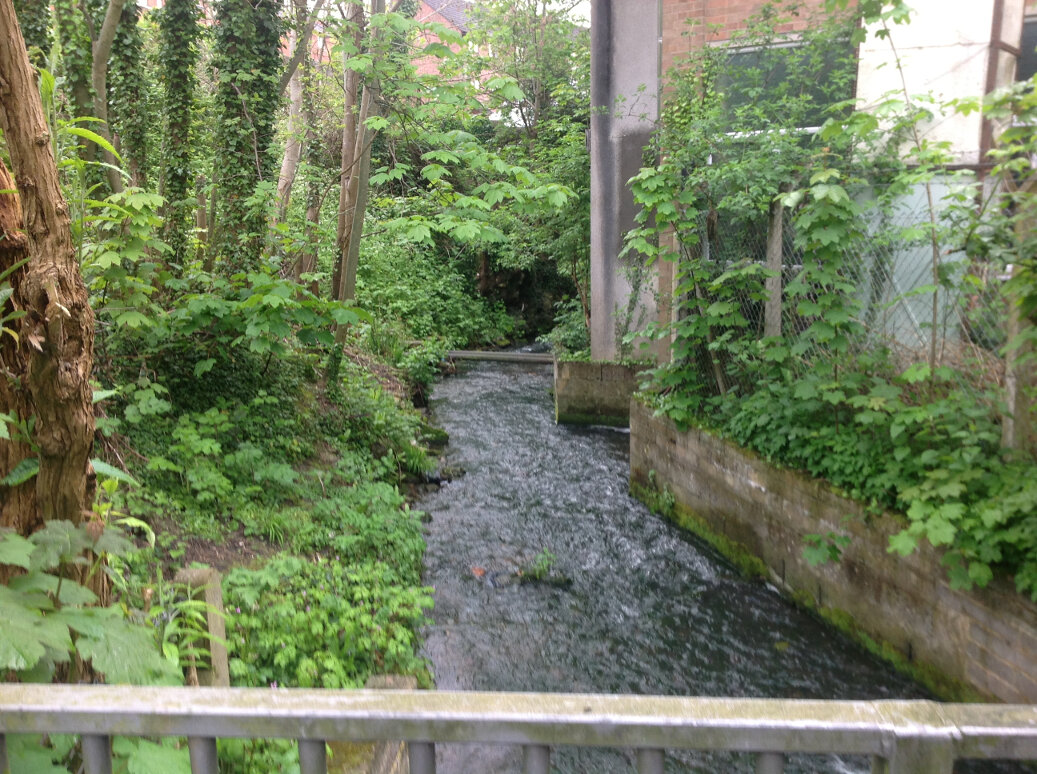 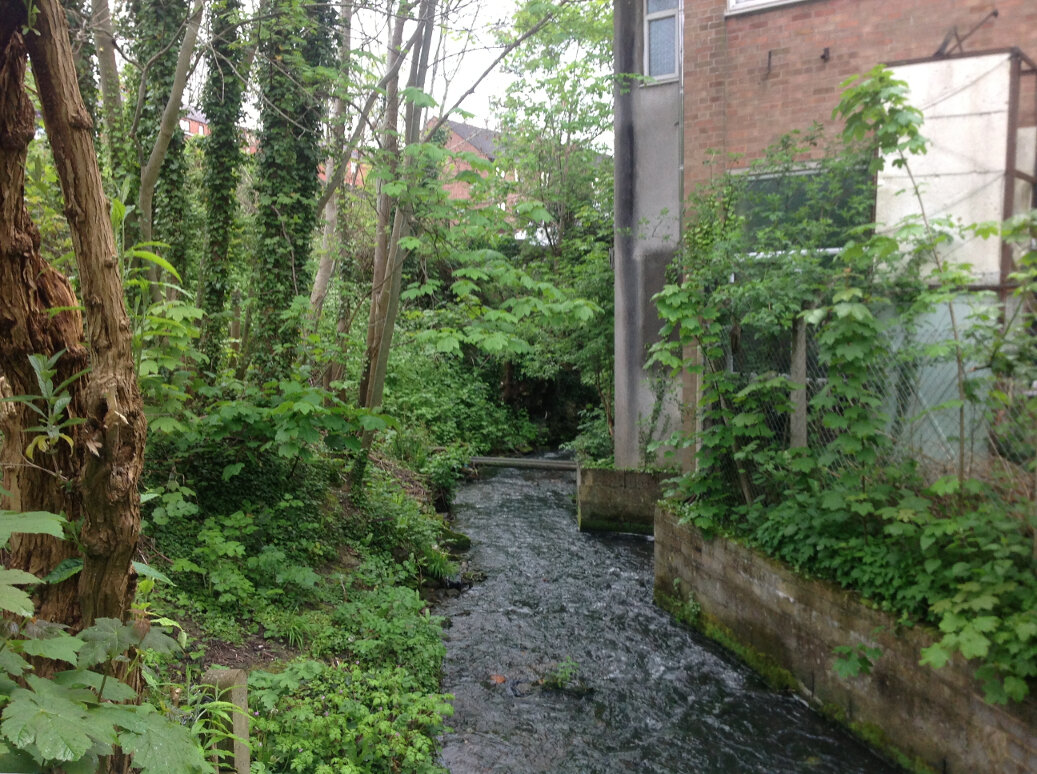 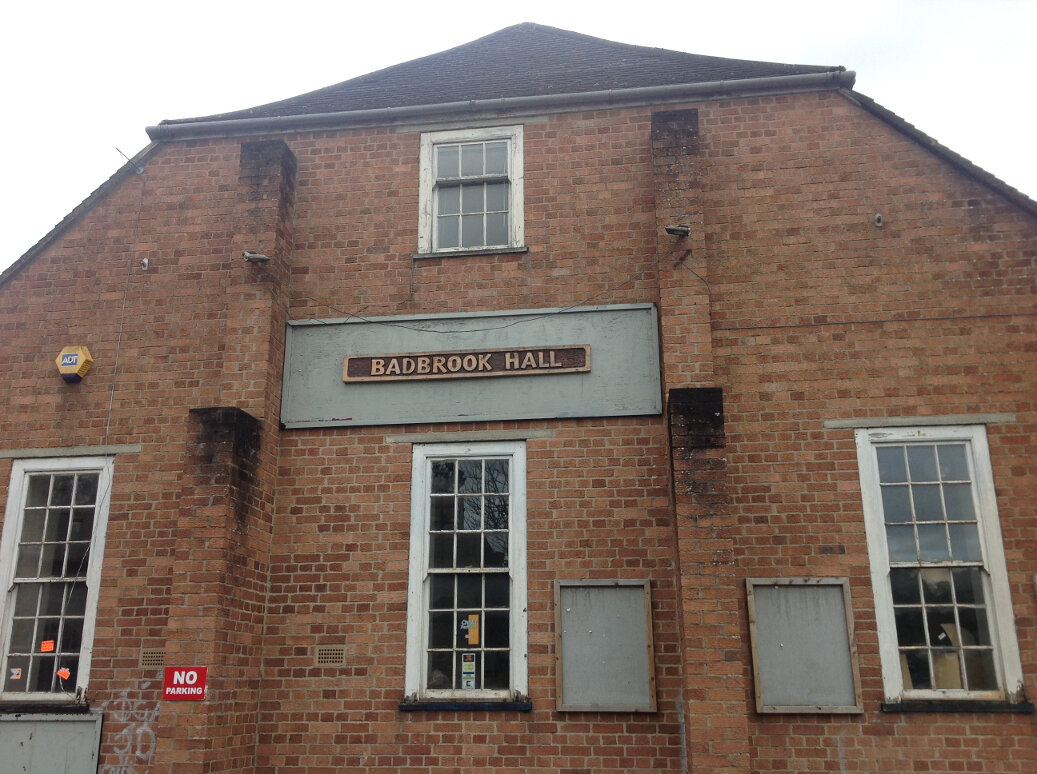 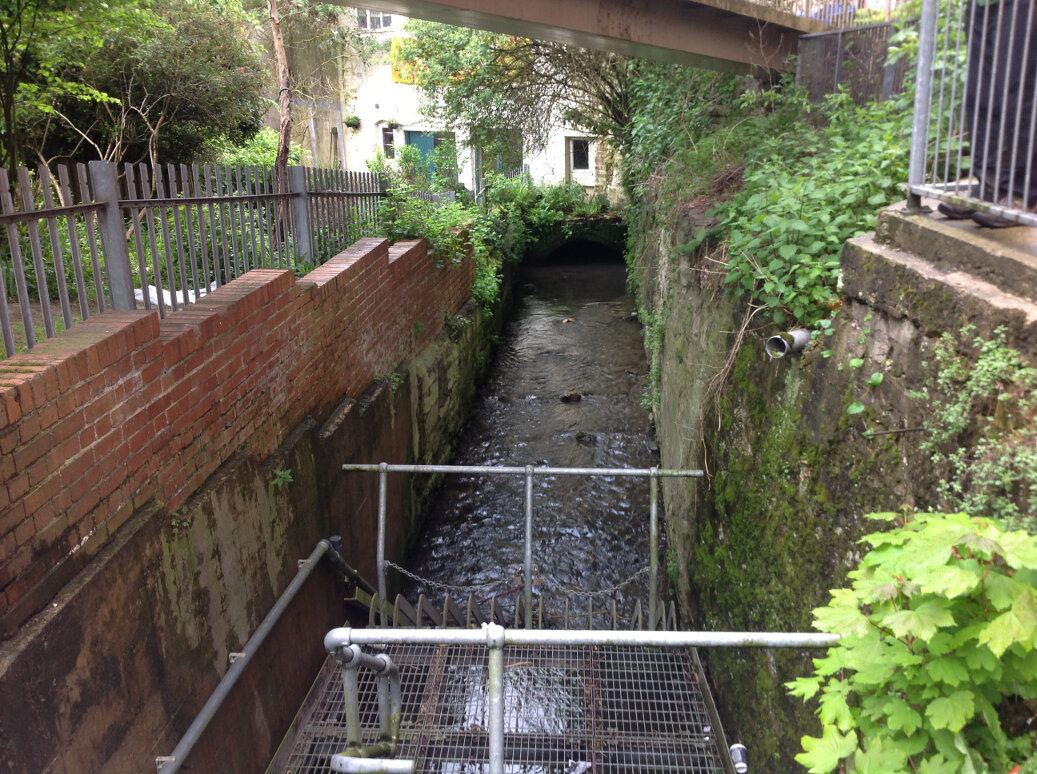 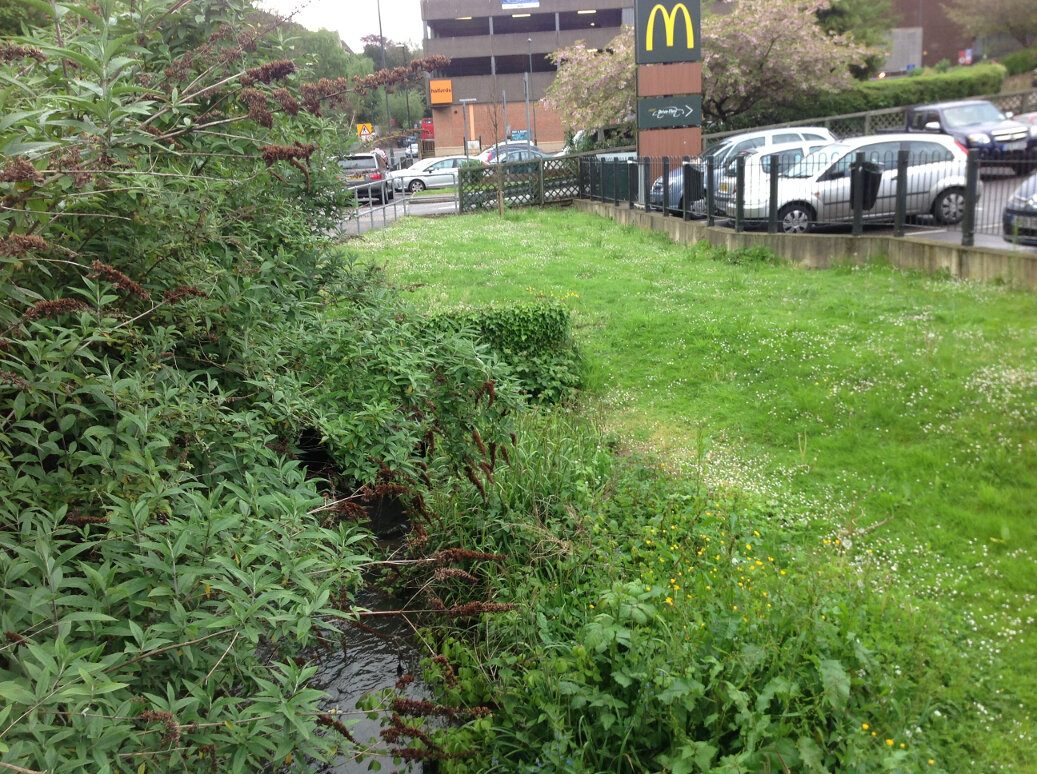 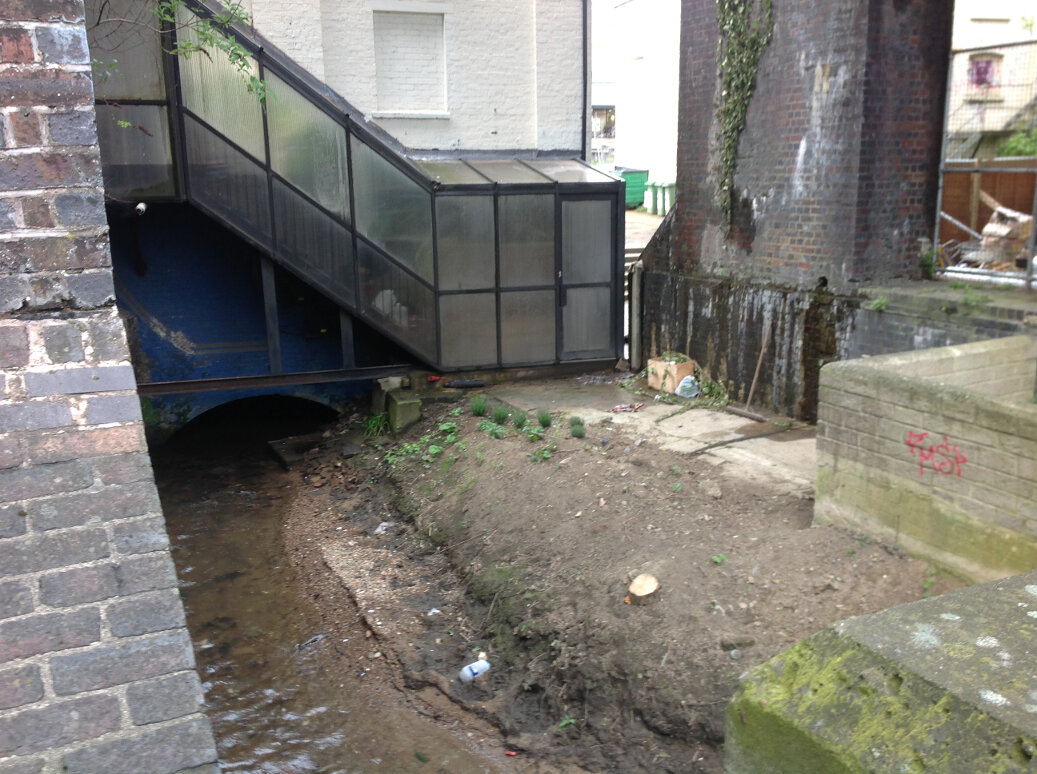 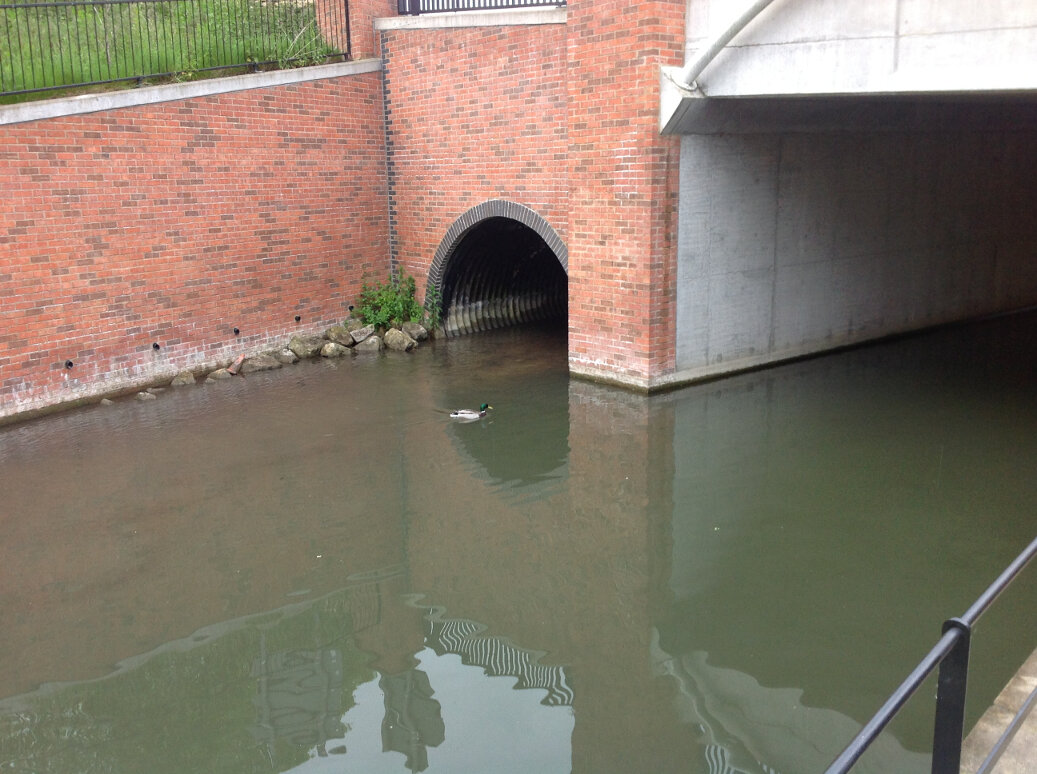 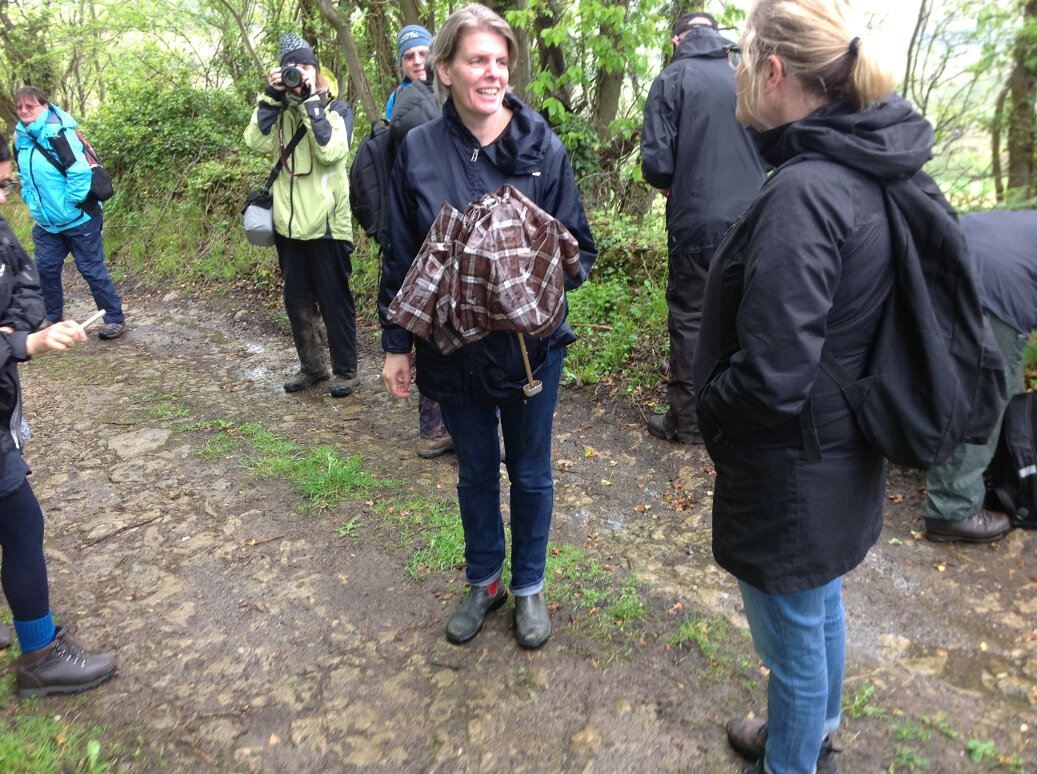 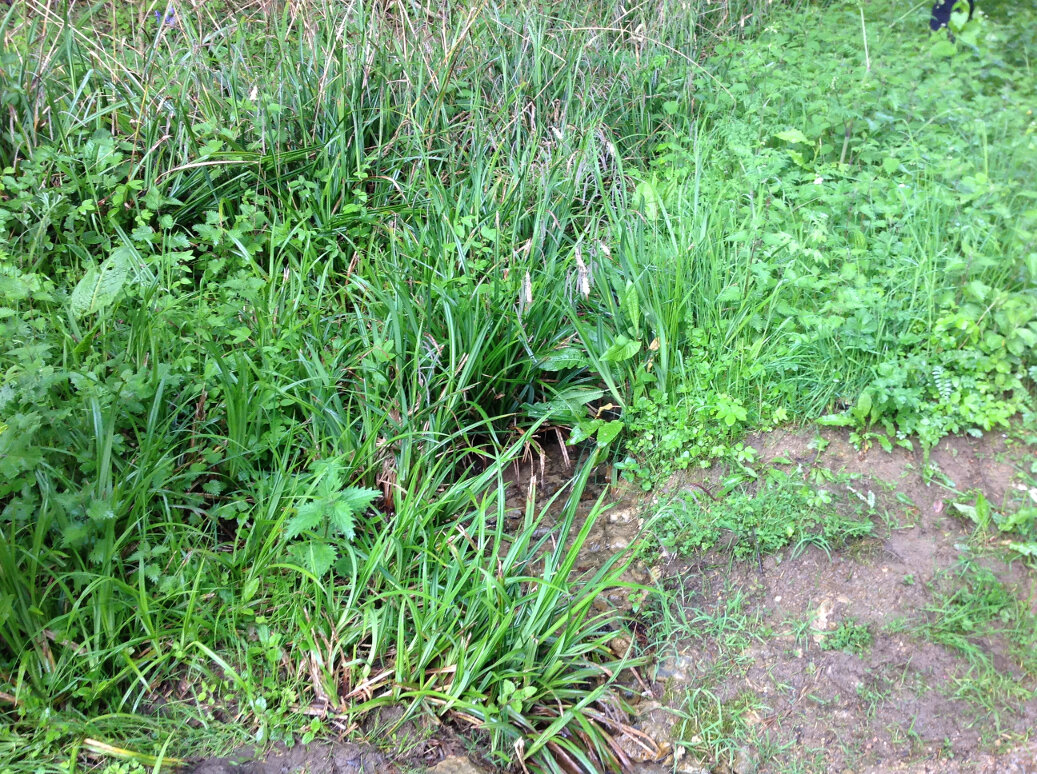 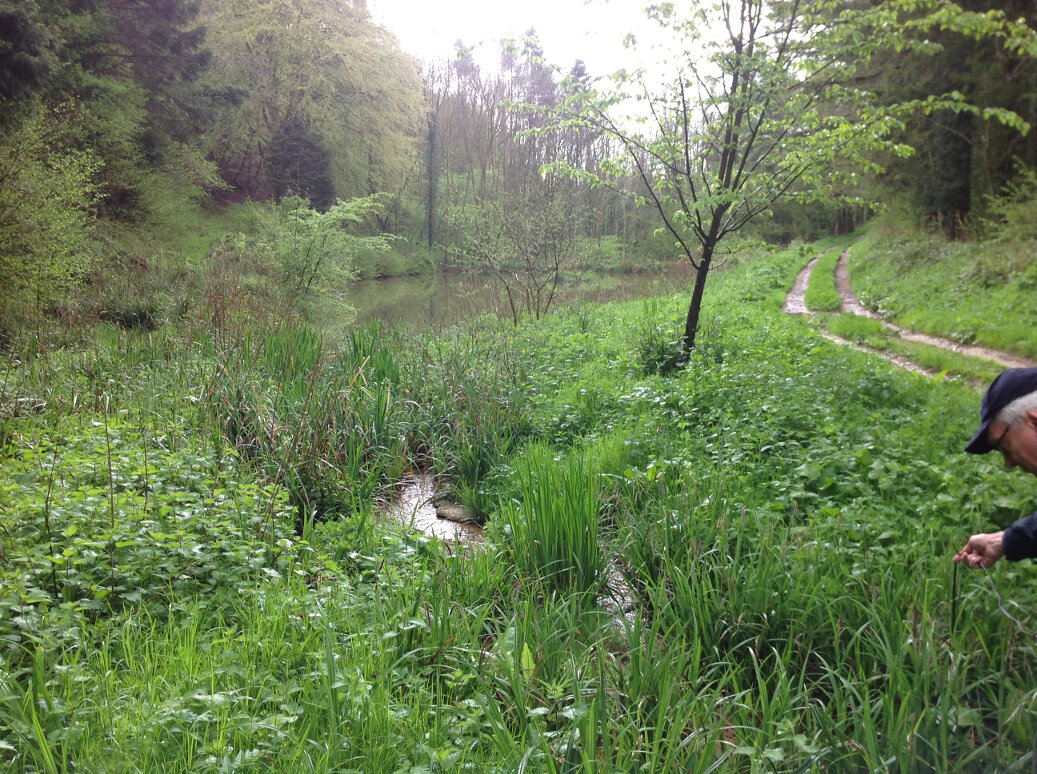 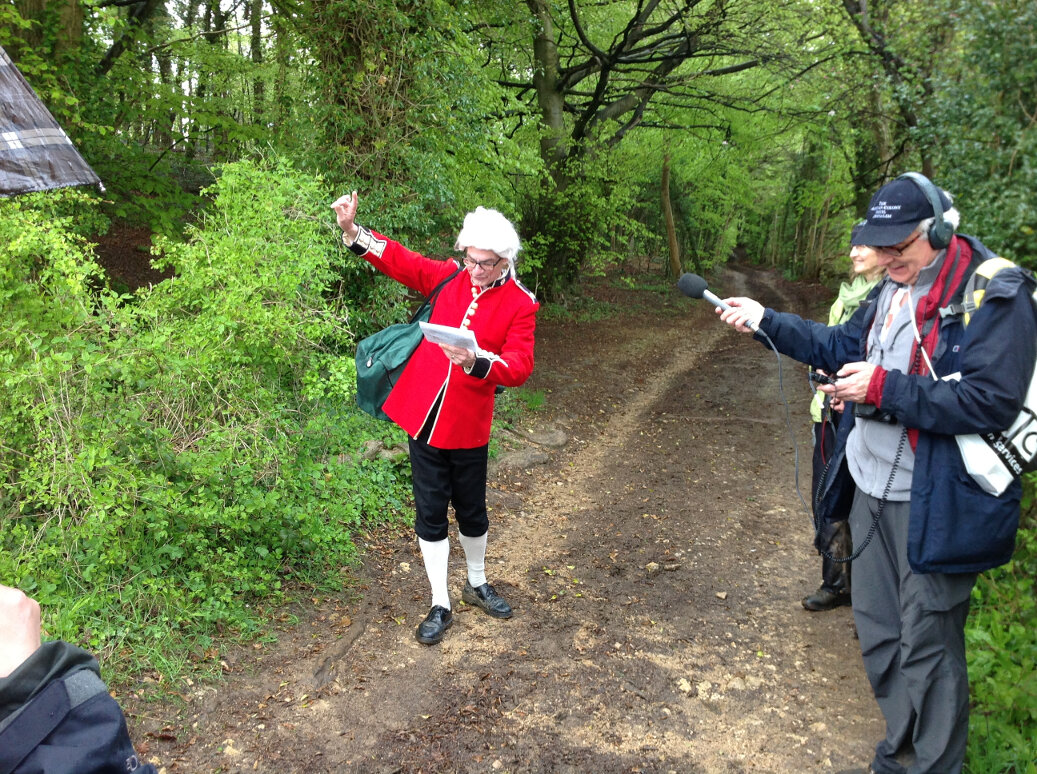 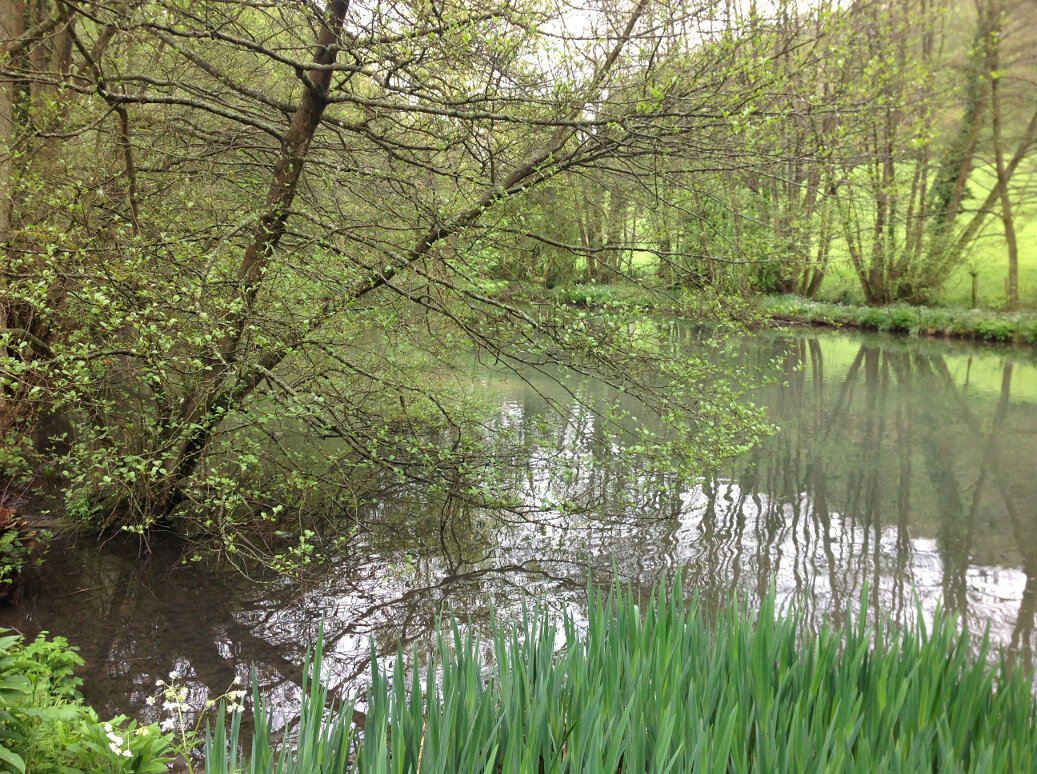 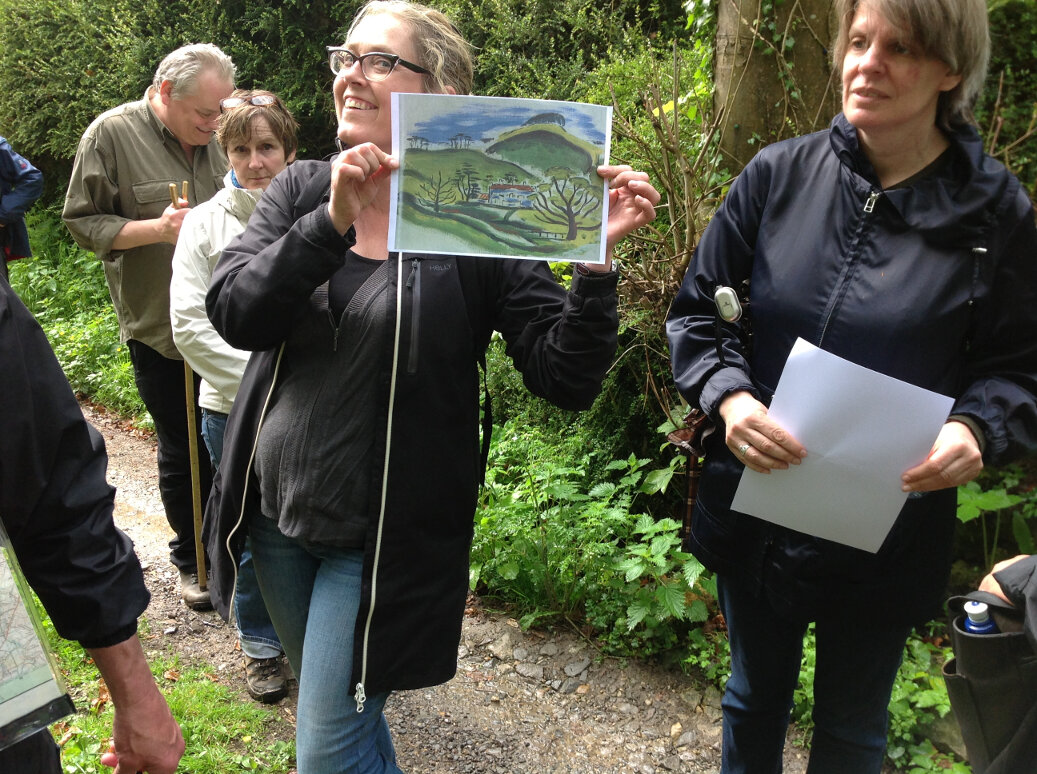 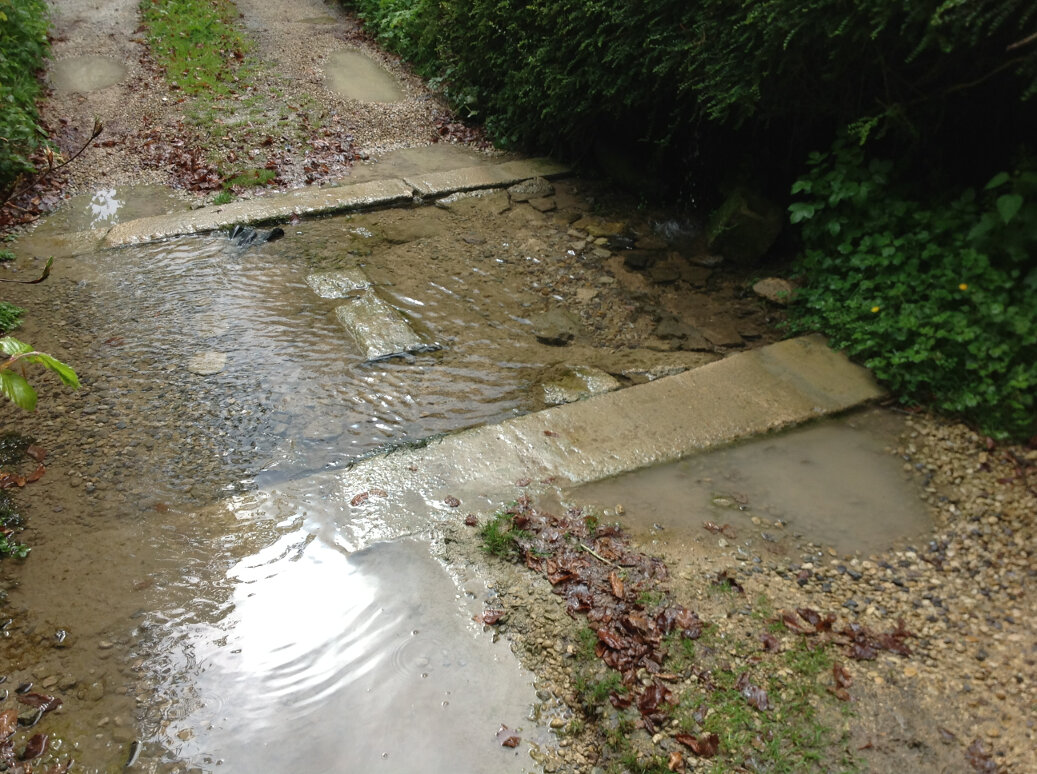 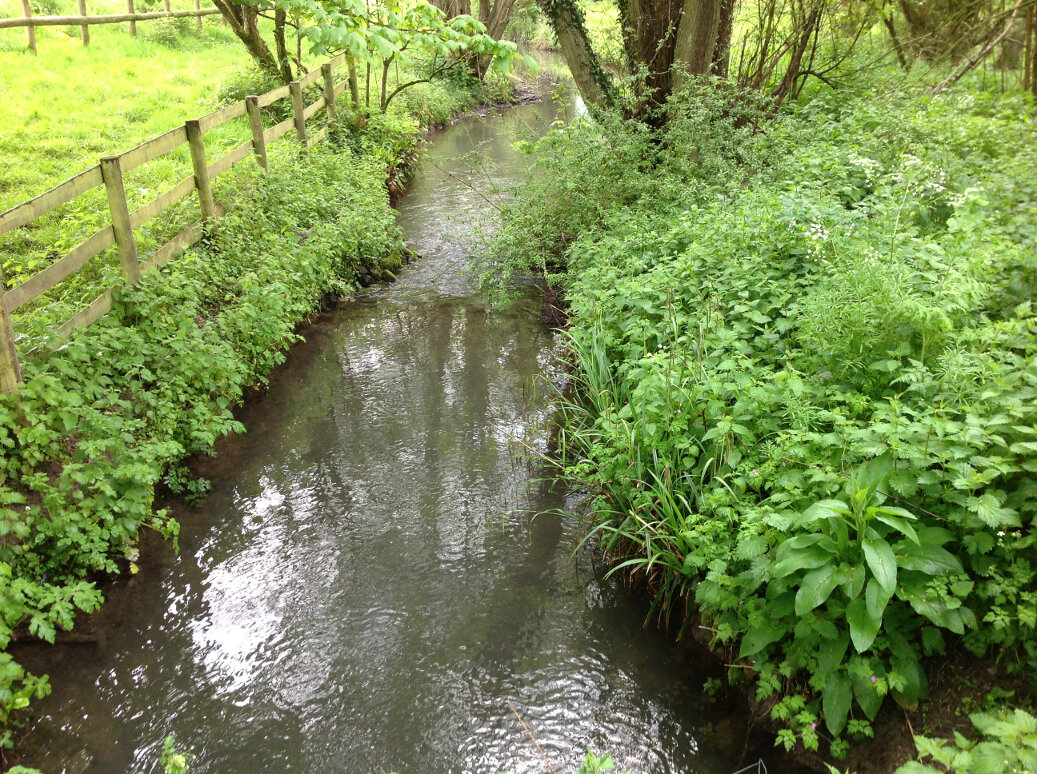 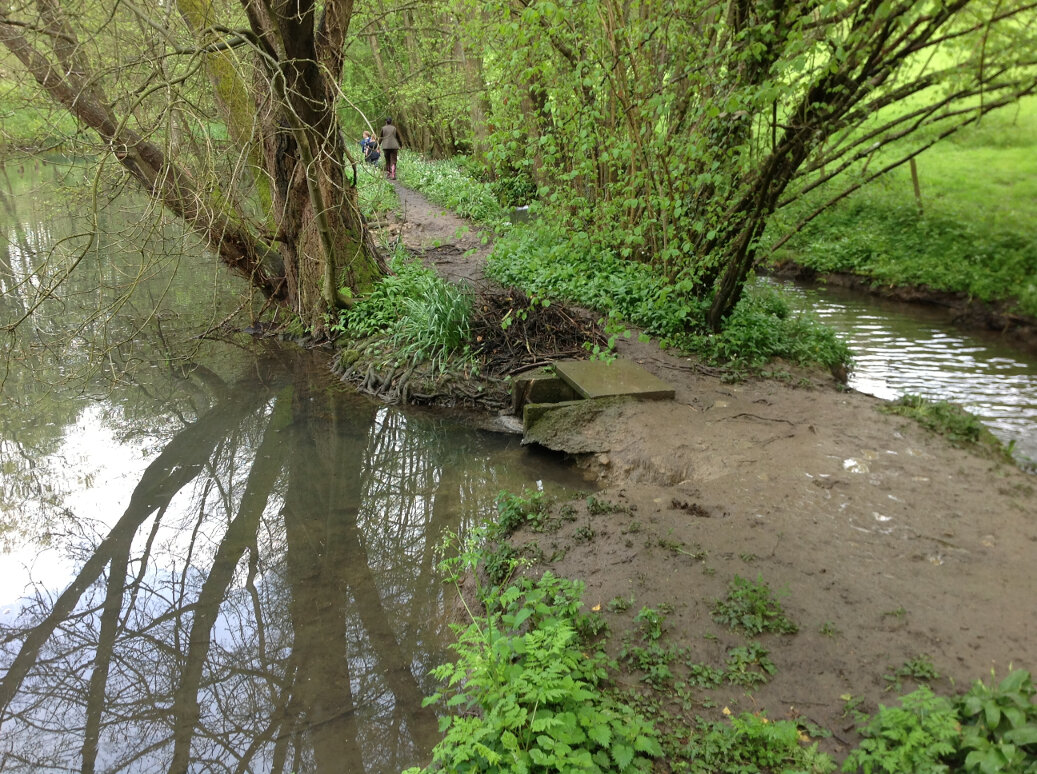 May Day Walk:
from the Source of the Slad Brook to its Confluence with the Frome

Seventeen of us gathered at Bulls Cross,
(Oblivious of the midnight ghost coach spectre)
To cross longitude line 88 and a threshold
To another liminal world,
Where the hangman swung in Deadcome Bottom,
Where Cabbage –Stalk- Charlie and Percy-from-Painswick
Watched us from the shadows of the bluebell woods.

We reached the source of the Slad Brook,
Beech leaf green with a gravity rainbow,
Tripping to the sea, and tripping us
Two hundred years to water wheels and weavers.
We talked of Lee and Robert Frost and Edward Thomas –
But before we could take a path less travelled,
A redcoat appeared out of the wood to read the riot act.

We descended towards the village,
(Miss Flynn there: down by the pond)
When a young spinner stopped us in our tracks,
She told us why she had to go on strike,
Why there had been riots and gatherings
At the mills and on the hillsides and in Stroud;
She showed no remorse, nor regret, but pride.

Others looked for the invisible
What is hidden in the landscape,
But denoted on a map:
I saw Kel bend down and pick a roadside leaf,
Just as we reached longitude line 87;
We talked of longitude, chronometers, the Empire and slavery,
Just as we reached Stroud scarlet town.

The brook had now lost its wild dignity;
Culverted and trapped and tunneled,
But sometimes finding daylight in the streets,
At Badbrook, the bus station and the railway viaduct,
Then trickling past Macdonald’s and the main road,
Beneath and around a roundabout,
To reach the Frome, the Severn and the sea.