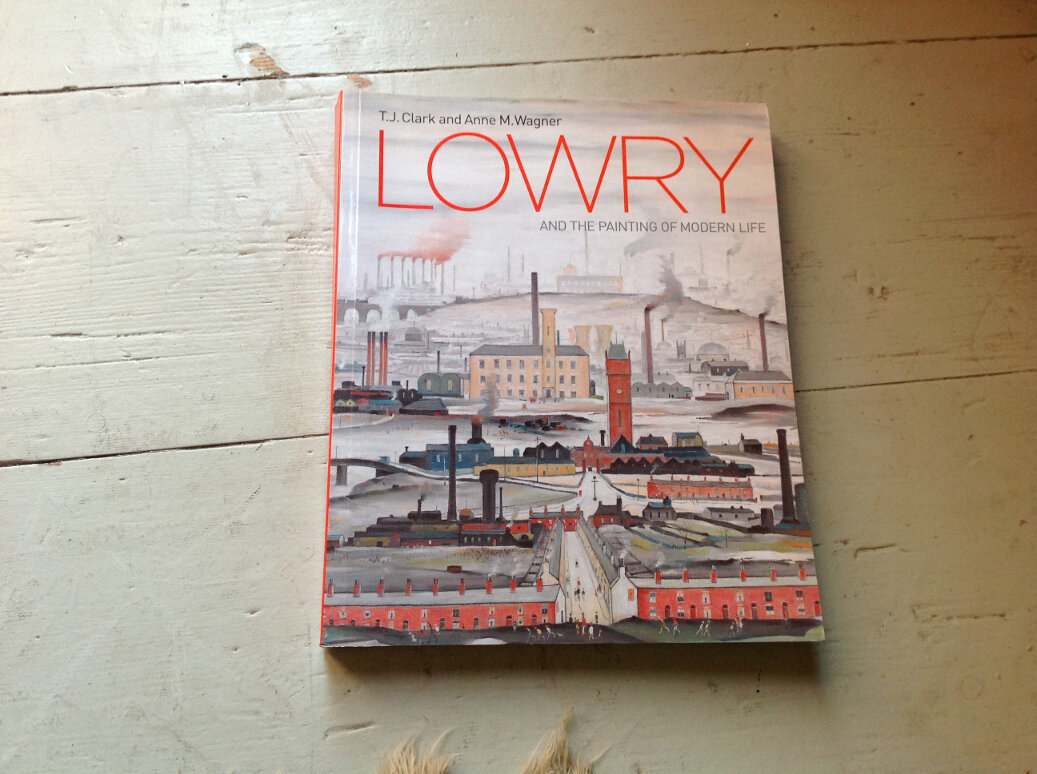 Let’s be honest, Manchester and the Stroud Valleys seem to be about as similar as chalk and cheese, or cotton and wool. When you gaze at a typical Lowry picture, all lean hunched figures and all tall lean factory chimneys, then the green fields and unpolluted rivers of Gloucestershire seem a million miles away. The contrast between the artistic depiction of these landscapes, however, is a connection worth pursuing. Where are the people in the Cotswold landscapes? In particular, where are the ordinary people? Where are the working men and women?

T.J. Clarke, in the Tate publication accompanying the 2013 Lowry Exhibition, points out ‘how little the landscape and social fabric of industrialism’ have appeared in ‘England’s recent culture’. Clarke sees this culture of the last 250 years as: ‘the cult of the countryside, the comedy of upper class manners, the dull decencies and resentments of the new middle classes, the lure of London, the grandeur and ambiguity of Empire’. It is, perhaps, the false dichotomy that has been placed between ‘Beauty’ and ‘Utility’ that has been a fundamental cause of all this snobbery and consequently empty landscapes.

This illusory dichotomy is illustrated by Clarke’s inclusion of a 1928 Jessica Stephens review of Lowry. I choose just one sentence but I could have chosen many: ‘Pictures of struggling little creatures – human – hurrying, working, striving, in surroundings which do not conform to any accepted idea of elegance, sound uncompromising, and are – but may yet be beautiful.’ Wouldn’t it be a grand local tour if we could recreate such scenes? Wouldn’t it be just the thing if we could see people making their historic way to and from our mills?

At the moment, our Stroudwater worker-heritage is pretty well invisible. Industrial archaeology tends to focus on technology and techniques; industrial history tends to emphasise entrepreneurial expertise and lineage; landscape painting leans to the pastoral: where are the artisans? Well, they can be found on an eighteenth century of Wallbridge – there are some figures out by the tenterhooks, far in the distance in Rodborough Fields. But we need to bring them to the forefront.

A few years ago, I recorded some nonagenarians about their memories of Spillmans, off Rodborough Hill. Now, Spillmans is just the sort of street that gets ignored by the visual arts: a red brick terrace above the mills on the busy Bath Road, betwixt two pubs and with the old Co-op at the end of the street. The voices can be heard on www.rememberingrodborough but here are some of their recollections in words. How great it would be to see them in paint. Let’s start a Stroudwater School of Social-Realism in Art.

You knew all the horses,
Pulling the carts with their heavy loads
Over the cobblestones of Rodborough’s roads;
Coal and milk and spuds and beer and bread,
And, of course, the fishmonger,
With his basket on his head,
“What have you got for me today?”
They asked, whilst you watched
The horses and the dray;
But your favourite was good old Tom,
Good old Tom,
Loved by children –
But adults looked in horror,
As Tom, once more,
Lowered his head over fence, hedge or wall,
To munch approvingly on such rich pickings,
As cabbages and lettuces and leeks
And the green tops of turnip, swede and parsnip,
Then the especial delight of a rich, ripe carrot;
All those houses with veg growing in the front garden,
All the way down Spillmans.
Good old Tom,
He thought they were growing it just for him.

You were the elves,
And he was the shoemaker,
Down there in his hut,
Below the alley-way in Spillmans,
Hammering away, nails into leather,
New soles for Christian souls,
Rat a tat tat, rat a tat tat.
Silver whiskers, bushy brows,
Mutton chops of snow,
You’d creep by,
Peer through the cracked door,
Standing slightly ajar,
Then tap politely, yourselves,
You, the little elves,
“A sprig for my top, Mister Marmot?”
He’d raise his head from his hammering,
Like a little gnome, himself,
Rat a tat tat, rat a tat tat,
This man born before the Crimean War,
Still mending boots between our two wars,
Tapping away as his pocket watch ticked on,
Rat a tat tat, rat a tat tat,
Until, one day,
He was there no more.
And you were no longer elves.

More LS Lowry
Than rus in urbe:
Steam whistle hooters,
Gas hiss in mantles,
Rain streaks on the window-panes.
Flat caps bob in unison,
Stout boots clatter on the cobbles,
Bread and marg in your pocket,
A small army on the march,
Wife at the washing,
Spillmans Pitch,
Another Monday morning.

In conclusion. Anne. M. Wagner speaks of ‘The social geography of working class experience’ in the Tate publication; she mentions historian Stephen Constantine’s correct perspective on working class life in the majority of the 20th century: life was lived out publicly, in the streets. The recollections above show this. Where is the Stroudwater Lowry?