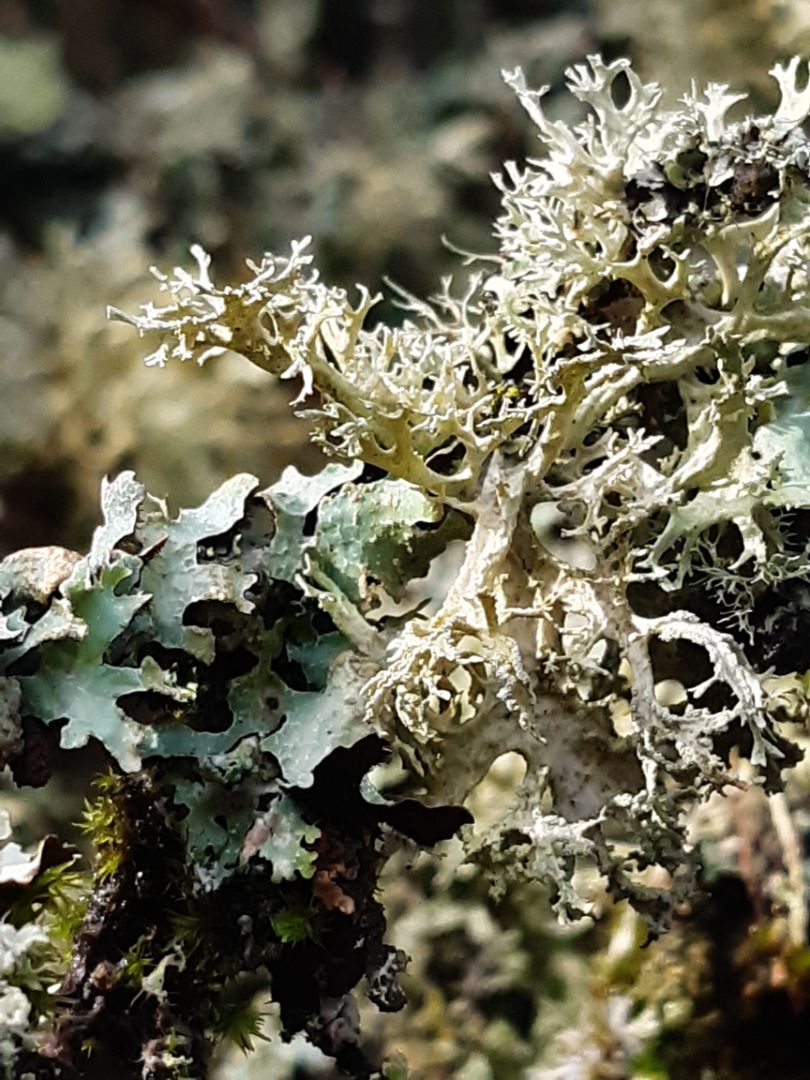 The Descent of the the Toadsmoor Valley:
From Bisley Church to Brimscombe Port
(and thence via the canal towpath to Stroud)

Approximately 4 miles. Mostly footpaths. Some styles and steep descents. Certain to be very muddy in places. Allow four hours. Bring food for your lunchtime repast. Optional stop for refreshments toward the end of the walk at Stroud Brewery

Directions to the start
Take the 8B bus from Stroud Merriwalks (stand k) at 10:10. Alight outside The Stirrup Cup, Bisley at 10:44 (scheduled arrival time). The walk will begin from this point at 10:50.

Brief guide to the context
This is not intended to be an exhaustive list. On our walks we typically encounter many serendipitous points of interest and discussion.
Bisley is very rich in history, tradition and legend. There are ancient barrows, and significant Roman and Saxon remains in the area. Many of the houses date from the 16th and 17 centuries. Made rich by the wool trade, Bisley suffered economic decline in the 1800s and in 1837, 68 parishioners were given support by the vicar of All Saints to emigrate to new lives in Australia. We will visit the church to discuss this historical event. We will also consider the story of The Bisley Boy (suggesting that Elizabeth 1st was not Elizabeth 1st but was a replaced by a man); the burial of John Davies “ye black” in 1603; the tradition of dressing the impressive wells of Bisley; how Bisley lost its commons and “who stole the donkey’s dinner”.

We will then descend the steep, narrow and seemingly remote Toadsmoor valley via footpaths. Maps reveal that the tree cover of once coppiced woodland in the upper valley has hardly changed in the last 200 years. However, the remains of several mills (of various types) are evident below the fishponds in the lower valley, revealing the industrial legacy of the area.

We will cross the main road at the mouth of the valley and walk past the site of many stick, umbrella and tool handle manufacturing works that occupied the valley floor from the 1850s until the 1920s. In nearby Chalford, one such “stick works”, Dangerford & Co, employed more than 1000 people during the late 1800s.

Finally, we will head west along the canal towpath, past Stroud Brewery and back to Stroud.

The Great Money Trick
(Performed with Matches)
Hello and welcome to my company,
I’m going to be serious, I hope you will allow me;
I’m here to explain how you get your money:
This is serious, it won’t be funny –
A lesson about profit and how you get your wages,
I’ll make it easy, in sequential stages.
Now, imagine you’re a fagger, I mean a smoker –
Just now and then, not an absolute choker –
But you need to light your fag, and that’s a fact,
Now imagine that you use a safety match.
This lucifer will light our way to wisdom,
By exemplifying capitalism:

Each match will be a symbol, nay, an allegory,
To represent political economy; 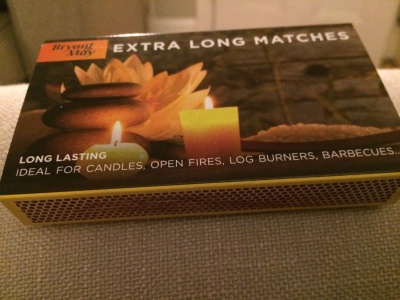 Imagine I own the factories, shops, land, and banks,
I am the capitalist in these gathered ranks,
There are no tricks, no magical catches,
I own the means of production:
These four matches;

END_OF_DOCUMENT_TOKEN_TO_BE_REPLACED

Join the Digital Army
Speak and Write the Truth

I grew up in a working-class Tory household,
A Daily Express household,
So, I know the mindset:
Deference and false consciousness:
‘Gawd bless ya, Mr Scrooge’;
A generation after A Christmas Carol,
The Conservative Prime Minister,
Benjamin Disraeli
(So-called ‘One-Nation Tory’)
Described working class Tories as
‘Angels in marble’:
They had to be fashioned, sculpted, made, displayed,
In an alliance between the aristocracy and the working class,
With a modicum of social reform,
A hectoring printing press,
And an aggressive nationalism,
To provide the glue.
Sound familiar?

END_OF_DOCUMENT_TOKEN_TO_BE_REPLACED 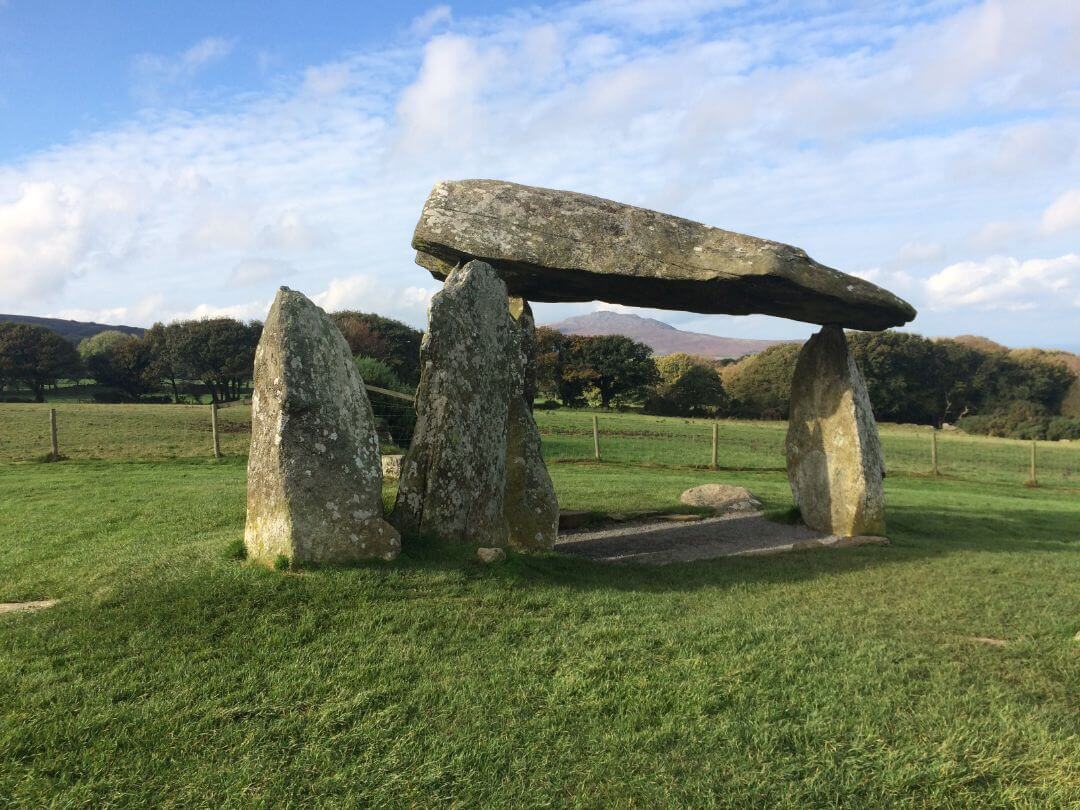 Prehistory: Why is it so entrancing?

Why can prehistory be so entrancing?

Is it because a standing stone, a circle,
A tumulus, barrow, or whatever,
Demonstrates the fragility of knowledge,
The equivocal nature of understanding,
In a sense, the ‘negative capability’ of John Keats:
Being conscious, simultaneously,
Of knowing and yet not knowing?
The recognition that sometimes any presumption
Of understanding the meaning of an edifice,
Can only be speculative
(Despite the accumulation of evidence and artefacts,
Despite measurement, mensuration and comparison,
Despite a commitment to the rigours of empiricism),
And a reflection of who we are in the here and now –
Or can Homo sapiens merely develop
A restricted trope of meanings, recognizable
And familiar, across time and space …
So some speculations are bound to be valid …
Or is signification, itself, a trope of modernity?
Nature and Nurture:
How circumscribed are we by time and space?
And how universal are we across the same?
What do these structures reveal and indicate
About what is quintessentially human?

So, prehistoric structures,
In an a priori, apostrophizing, manner,
The manner of an innocent wonderer,
As yet unread on the subject,
I question your meaning:
What were you for?

END_OF_DOCUMENT_TOKEN_TO_BE_REPLACED 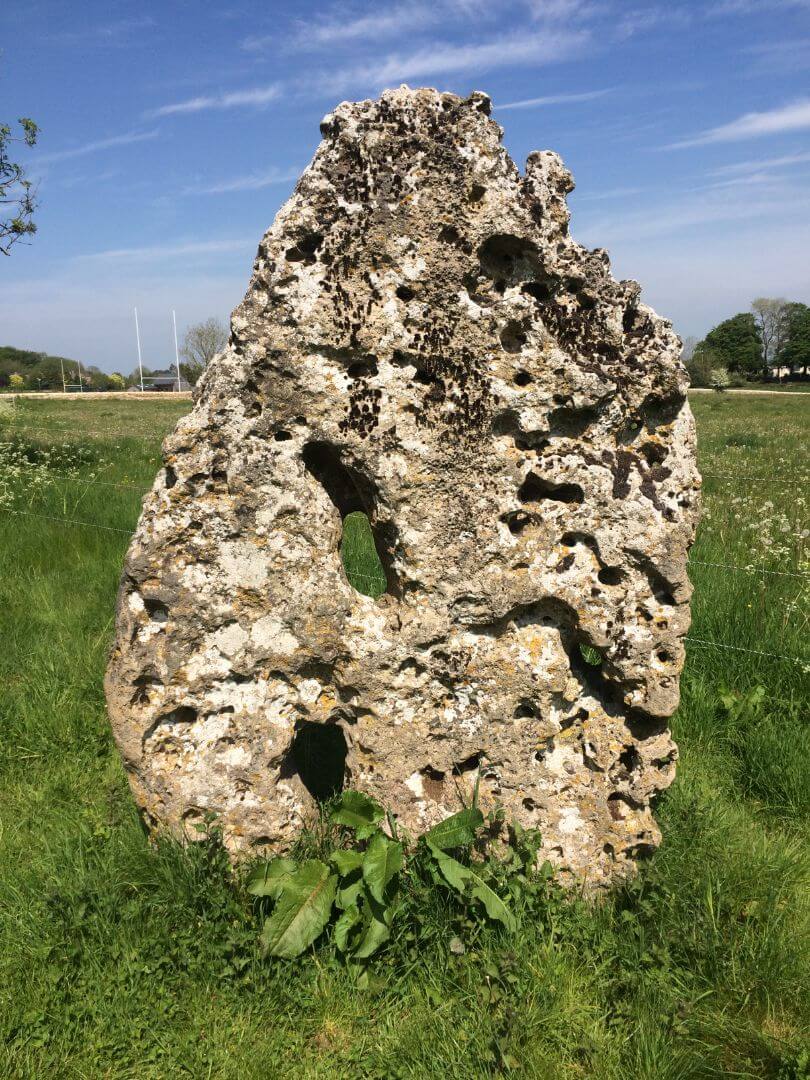 Prehistory and Wormholes of Time

As the traffic rumbles past on Cotswold roads,
It’s hard to hear the chip of stone on flint,
Or the croak of corvids with their blood-drip beaks,
Or the breaking of the bones of a skeleton,
Or smell the rotting flesh on the capstone,
Or taste the ashes of the dead on the nightfall wind,
Or see the blood red sunset behind the silver river
Or the standing stone’s silhouette,
But try hard on a winter’s afternoon,
And you might just slip down a wormhole of time,
To rituals of death and memory,
And recognize the prehistoric past
For what it is and was:
Not something primitive and alien,
But something shared.

END_OF_DOCUMENT_TOKEN_TO_BE_REPLACED 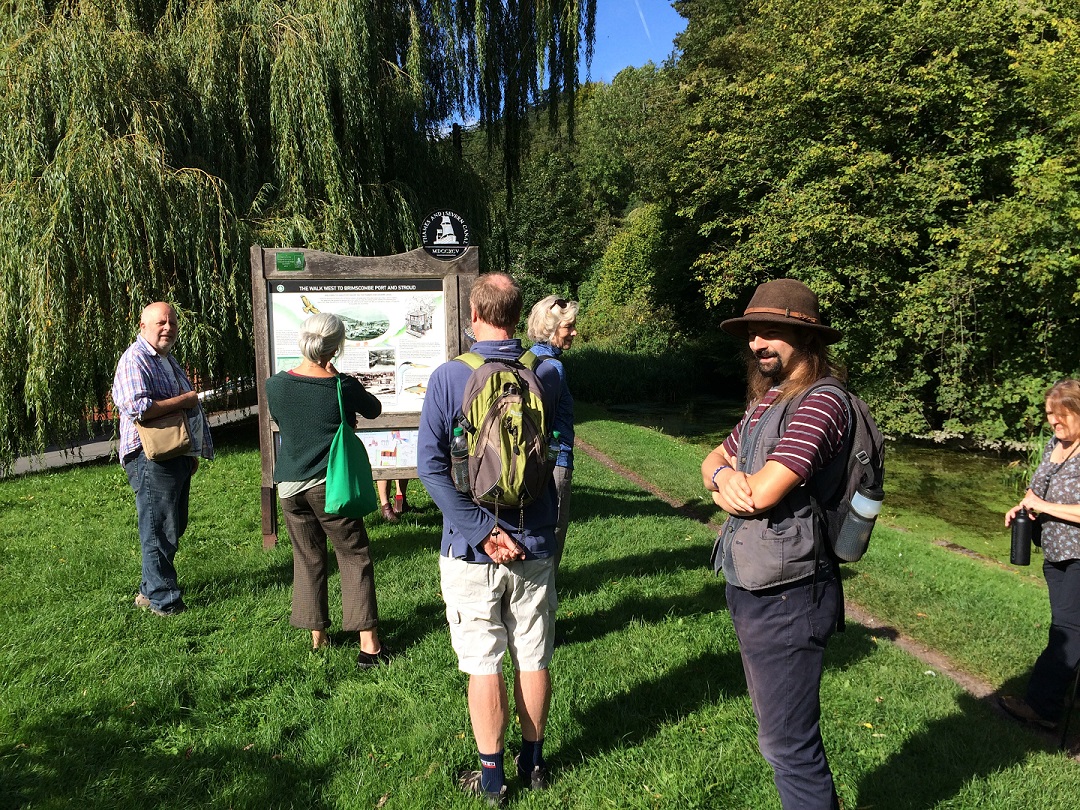 A Pedestrian Excursion Through Several Parts of England and Wales

John Thelwall’s account of his rambles
Between the years of the naval mutinies
of 1797 and the 1801 Peace of Amiens:

‘The cottages in general, are small, wretched and dirty. Some of them are built of brick, others are plastered and may exhibit nothing but miserable mud walls, equally naked without and within. They are wretchedly and scantily furnished; and few have even the advantage of a bit of garden. To complete the catalogue of misery, there is a workhouse in the parish, in which a number of deserted infants are consigned to captivity and incessant application…’

And even though Citizen John was being pursued,
Followed and shadowed by spies,
With consequent anxiety,
Thelwall could still write that …

‘The vivacity of conversation made the miles pass unheeded under our feet. We canvassed various subjects of literature and criticism, the state of morals and the existing institutions of society. We lamented the condition of our fellow-beings, and formed Utopian plans of retirement and colonisations. On one subject, and only one, we essentially differed – America. I cannot look towards that country with all the sanguine expectations so frequently cherished. I think I discover in it much of the old leaven. Its avidity for commercial aggrandisement augurs but ill even for the present generation; and I tremble at the consequences which the enormous appropriation of land may entail upon posterity.’

END_OF_DOCUMENT_TOKEN_TO_BE_REPLACED 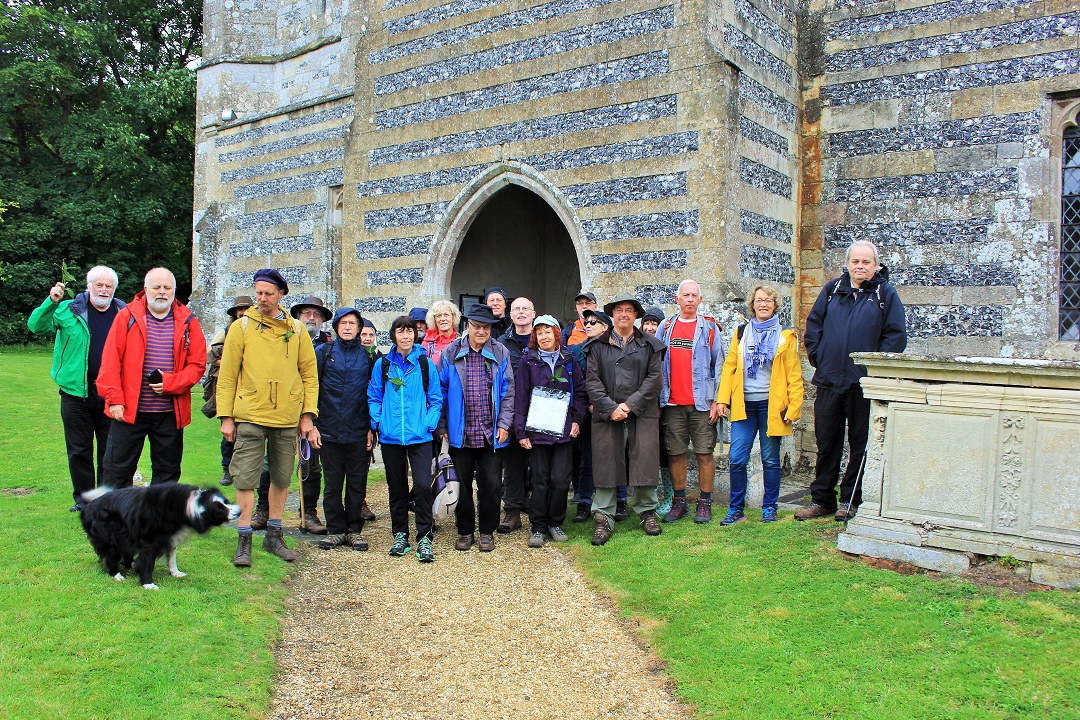 Peterloo Memorial Walk 2019
About thirty of us braved Manchester weather on August 16th on a performative walk around Henry ‘Orator’ Hunt’s birthplace in Wiltshire. Pictures here tell the picture of the day.
We carried out a dialogue between 2019 and 1819 as we processed: the poem below from Robin Treefellow gives a flavour of how memorialization of Peterloo can reach out to the new Extinction Rebellion generation.

To the chalk
we must go walk.
On the chalk where vipers bugloss brightens
we must go to rebel, debate, and reinvent
This green island
owned by a small land owning minority.

So depart that moribund Houses of Parliament
mired in out-dated oppositional bun throwing.

To the high dreamy chalk we must go like the bees to nectar
discovering what Britain dreams:
dreams like a giant with ammonites in its beard.
When we have lost our way,
when the ways are all privatised,
when society is manacled to linear profit centred greed:
to the chalk we must go walk.
In walking by the yellow of toadflax and melliot
there is waking,
with waking we can change.
This green island where feudalism has gone on too long,
equality,
the earth common to all,
we must learn from the biotic knit of ground sward
and abandon the tenure under our hidden landlords.
For Britain dreams!
The land will be free of chemicals,
to breath and flourish.
So shall our life return
Rude and willed,
modernisation discarded by the road where mugwort grows.
O Albion calls us all
to remember!
freedom, green of leaf and brown of root.
freedom, bright as flowers by the way.