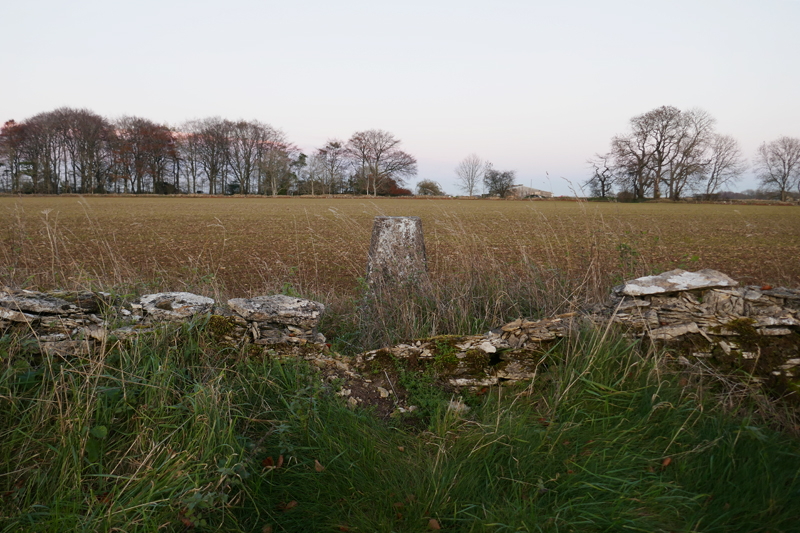 Trigonometry Points or Trickonometry Points?
The clue is in the name of course:
Ordnance Survey: Ordnance: artillery;
Survey: examine and record an area of land;

The clue is in the time as well as space:
The 18th and 19th centuries:
The formation of the United Kingdom,
When English and Hanoverian imperialism
Mapped the new Union Jack with redcoat ruler,
And with muskets and new names and mathematics,
With charts and furlongs and charters,
Enclosing common and custom
With a new and ruthless toponymy. 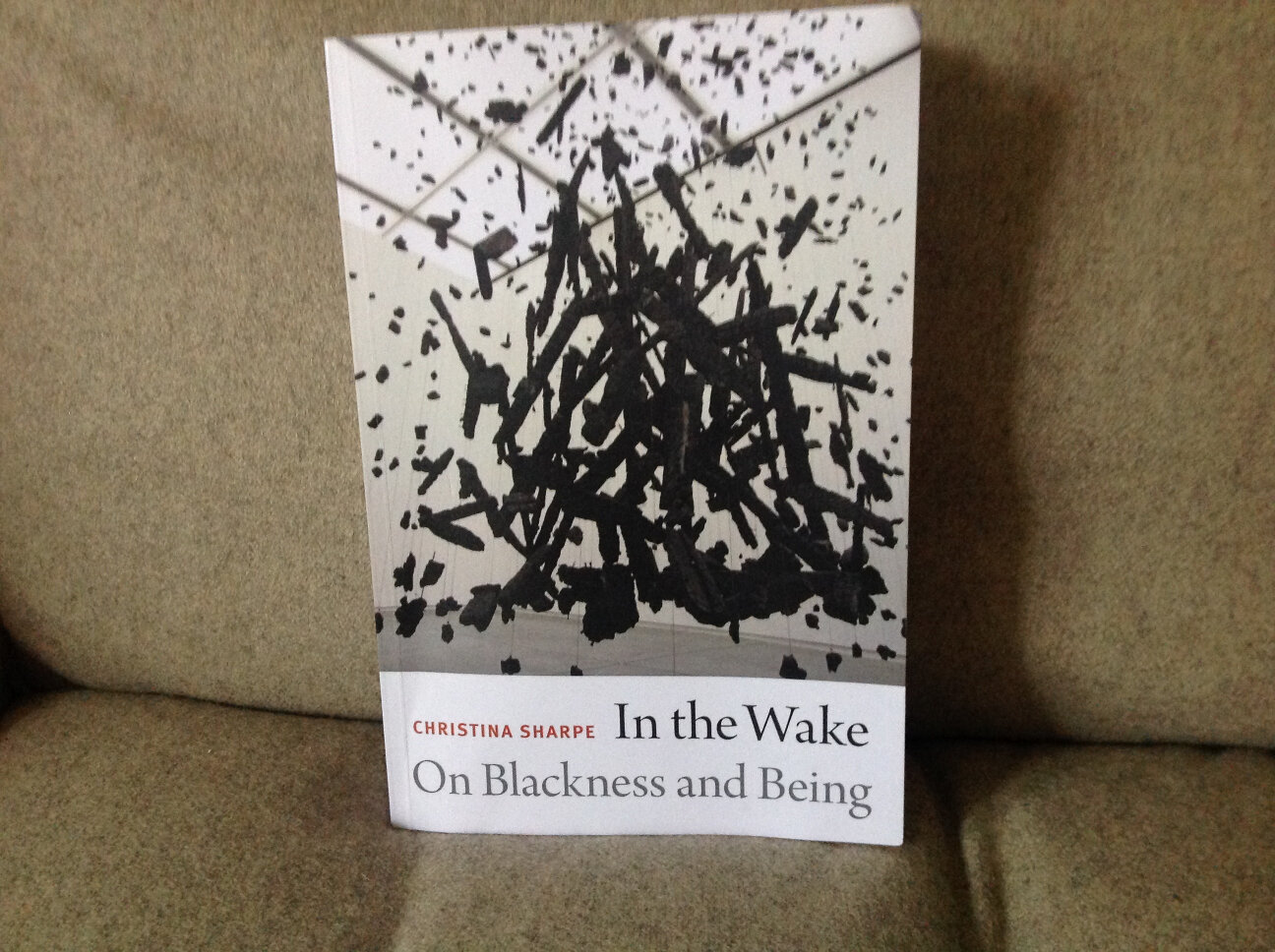 The Famous Five and Enoch Powell and Walter Tull

What an extraordinary coincidence,
That on the fiftieth anniversary
Of Enoch Powell’s ‘Rivers of Blood’ speech,
Our railway stations should be awash
With ‘Five Go on Holiday’ GWR posters;
Four children – well adults really – and a dog,
Escaping to a whitewashed cottage,
In a West Country all white fastness,
Where BBC received pronunciation,
Snobbish condescension,
And lower class deference
Keep everyone in their place,
Abetted by kindly constables on the beat,
Who will willingly tell you the time.

END_OF_DOCUMENT_TOKEN_TO_BE_REPLACED 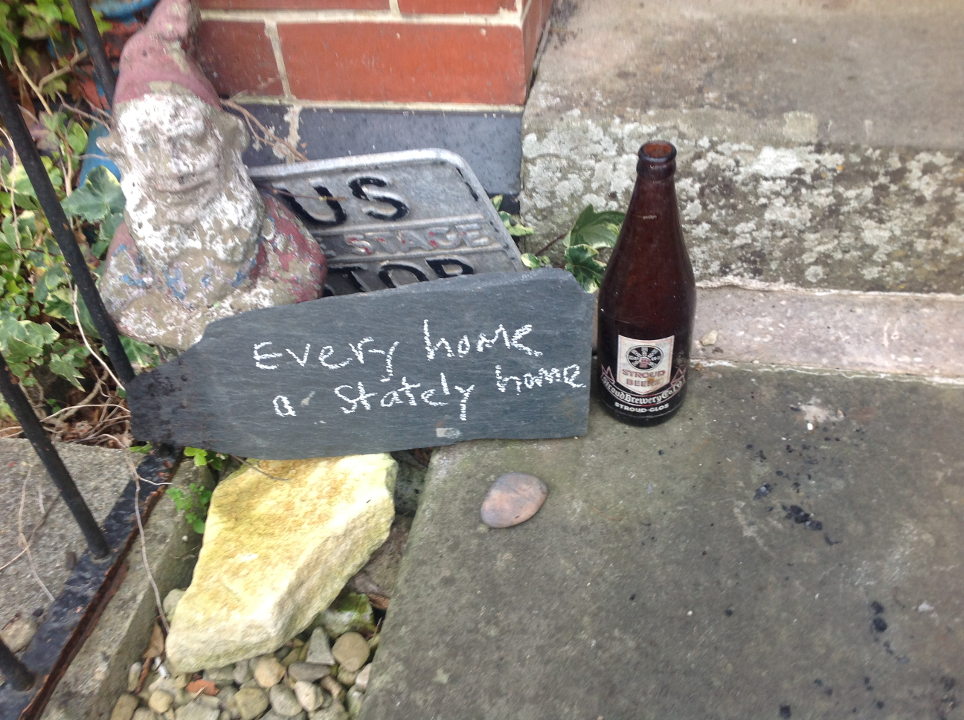 The Centre for Science and Art,
Lansdowne,
Stroud

The following events are timetabled, but there are events running throughout the day. Scroll down until you see the heading

EVENTS RUNNING THROUGHOUT THE DAY

10.30: The People History Forgot to Remember: tour of Stroud cemetery with Angela Findlay, artist & cemetery resident
Using poetry, diary extracts and performance to explore attitudes to death from the 1850s onwards, the hidden symbols used in gravestones, the fate of those deemed ‘paupers’ & workhouse life.

Meeting point: Lower Cemetery Lodge, 114 Bisley Road, GL5 1HG, just inside the gates of the cemetery
Tickets available at location – some parts of the walk are not wheelchair accessible, but many parts are.

END_OF_DOCUMENT_TOKEN_TO_BE_REPLACED 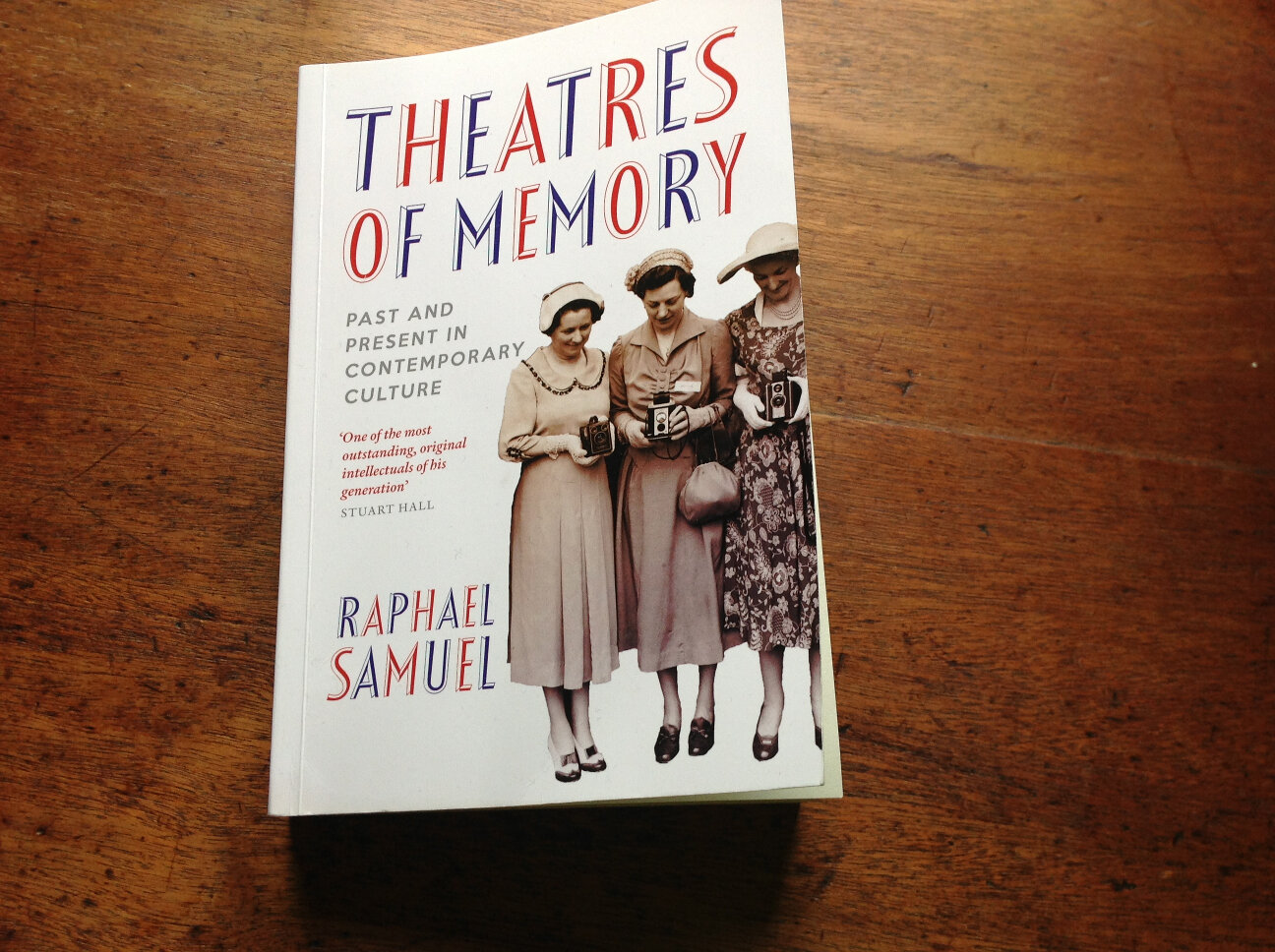 We are all used to blue plaque heritage for the rich and famous, but this is a day for the chip plate ordinary people.
Collect a People’s Heritage Card and complete your People’s Heritage Task. Take pictures! Write up an account in any genre!

A suburban home means as much a stately home, so …

Put posters in your window: “EVERY HOME A HERITAGE SITE’,
Invite people around and give them a guided tour –
You could even issue tickets and rope off PRIVATE AREAS.

Leave counter-heritage notes in envelopes addressed to HERITAGE: THE TRUTH and insert them in the gaps between official plaques and the surfaces to which the plaques are attached,
For example:
the Black Boy clock in Nelson Street needs a different contextualization, one which foregrounds slavery,
rather than a clock.

END_OF_DOCUMENT_TOKEN_TO_BE_REPLACED 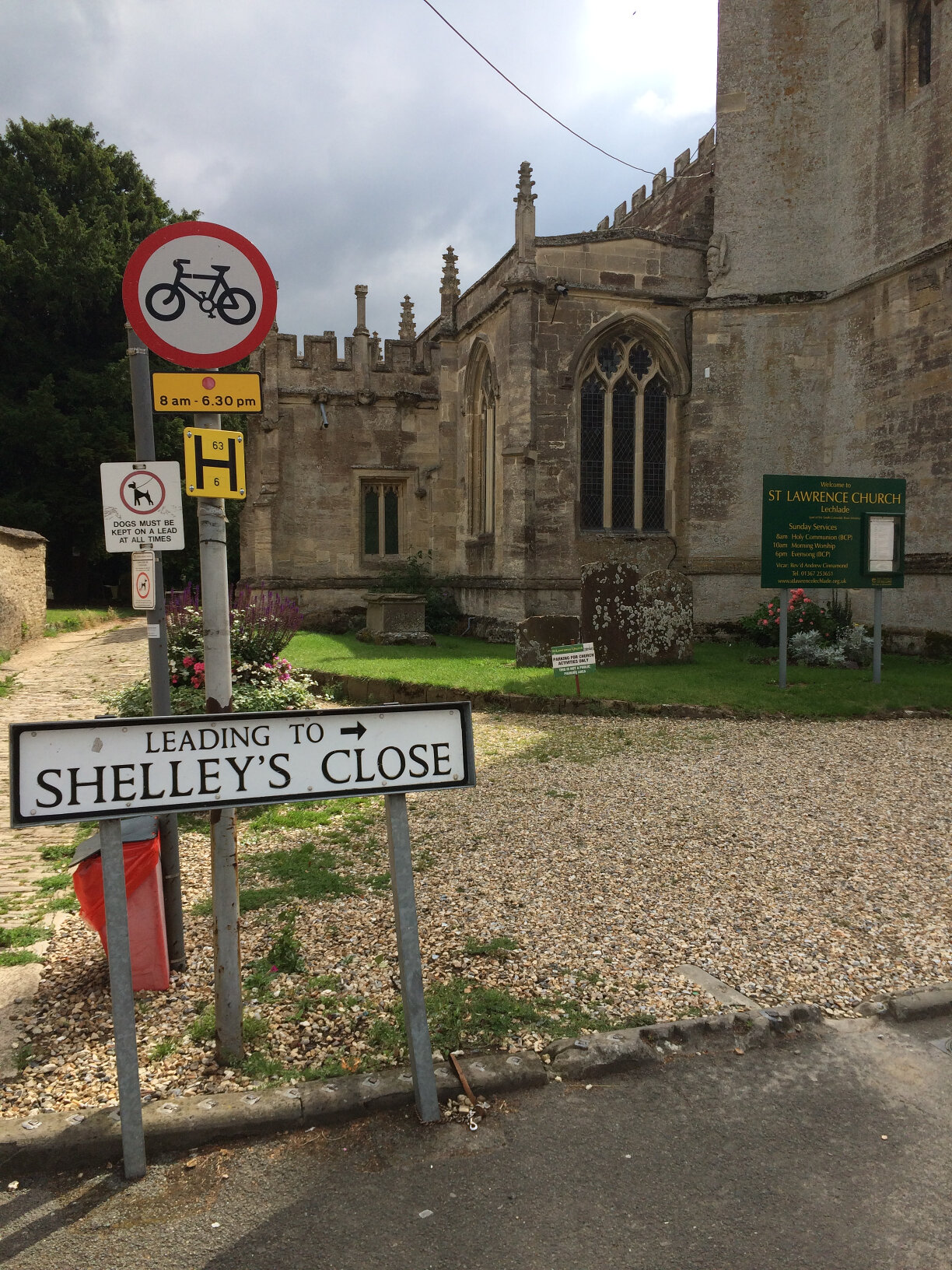 Heritage and Counter-Heritage in Stroud and the Five Valleys

The text below is what I think is important when considering SDC’s consultation on Stroud’s ‘Heritage’:

‘I think it is important to reflect on the whole notion of counter-heritage, too. By that, I mean a practice that goes beyond the visible and the archived: following the EP Thompson/Raphael Samuel historiographical process of giving a voice to the forgotten, ignored or marginalised, and not just foregrounding the ‘drum and trumpet’ outlook. Any new heritage strategy should consider this – for example: Stroud’s current heritage boards: the one in the Shambles gives a brief mention to food riots, with no contextualisation and explanation, and then we’re away on the ‘Great Man’ view of the past and naval war.

This counter-heritage should not just be about the lower orders – women and men – of Stroud: the spinners and weavers confronting the march of technology rather than just submitting to it; the Chartists; the poachers; Captain Swing and so on; it should also raise questions about the possible involvement of Stroud scarlet in the slave trade. It is vital that Stroud addresses and presents a multicultural history in the 21st century.

The heritage board near Lechlade, by the canal/Thames interchange at Inglesham , implicitly mentions this – nowhere in Stroud does.

A few slave owners in the district received compensation when slavery was abolished in 1834 – and that injection of capital helped fuel the industrial revolution. The Keynsian multiplier effect from the East India Company – opium, tobacco, slaving – also helped transform our landscape. The Bathurst slavery link also contributed to what is called a ‘colonial countryside’.

END_OF_DOCUMENT_TOKEN_TO_BE_REPLACED 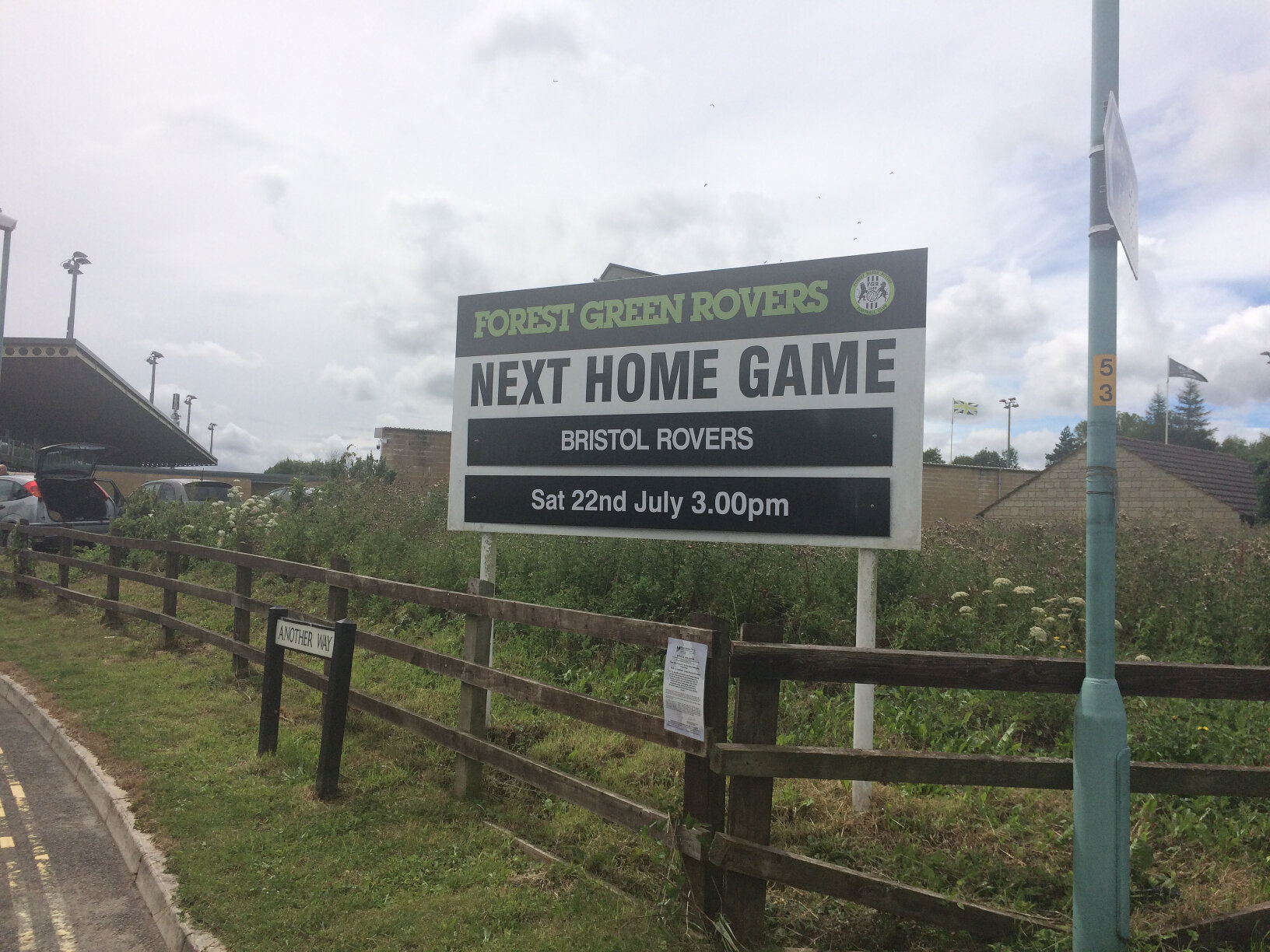 I went searching for the soul of Forest Green,
Wandering intuitively, ad hoc
Inferentially, without any
A priori knowledge or insight:
It was a tabula rasa wander.

Northfields Road smacked of enclosed fields
(‘Its only bondage was the circling sky’),
And Eighteenth century food riots,
With Captain Swing riding over in Horsley,
While dark satanic mills in the valleys
Stood where weavers once combined for justice.

I crossed the threshold of a century,
Past chapel, school, and blacksmith’s workshop,
Through labyrinths of handloom weavers’ paths,
Along a valley far below the flood threat
Of countless springs and teeming brooks and streams,
Along The Rollers, Chestnut Hill, Star Hill,
And so to the Jovial Foresters,
Where the players used to change for the match,
(Victorian post box in its roadside wall),
Past a blue plaque to Private Charles Marmont,
Died of wounds 21st May 1918,
Aged 20,
Buried Forest Green Chapel Graveyard,
And so to where Joseph Weight used to work
(A Nailsworth Conscientious Objector),
Before he faced the tribunal’s judgement
On whether he really had a conscience.

END_OF_DOCUMENT_TOKEN_TO_BE_REPLACED 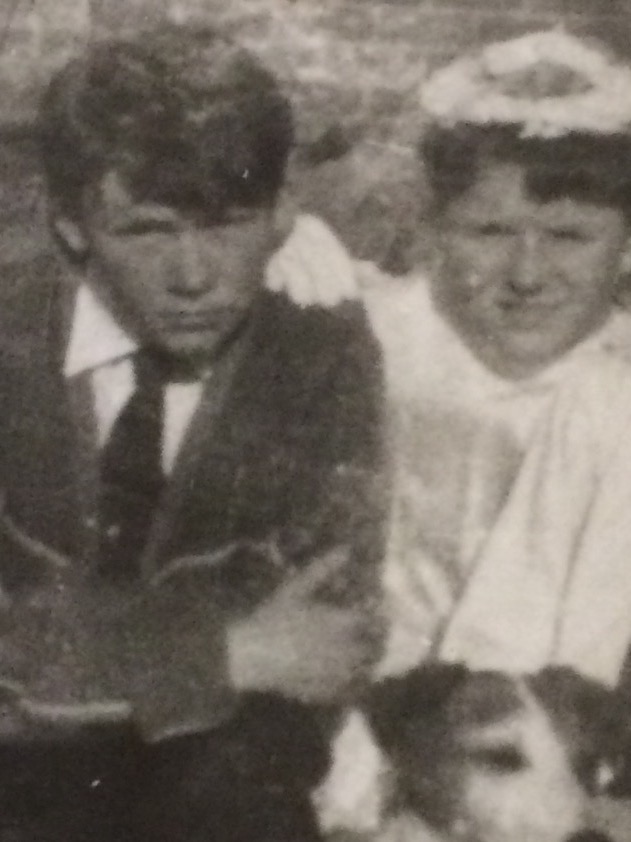 Why Is There an L in Samon?

I was born in Liverpool in 1952. It seems strange looking back but Liverpool was still a bombsite as it was only 7 years after the end of the war. We lived 300 yards from the docks and through a child’s eyes everything seemed to be in black and white. I was the second oldest of 5 children. My mother had her children before she was 21 and we lived in 2 rooms in a privately rented house.
My father was pretty useless and he preferred the company of his mates in the pub and I remember him spending time in prison but my mother told us that he was working in Butlins holiday camp during the periods of his absence.