Disenchantment: The Picturesque Cotswolds and ‘Colonial Countryside’
A Walk in the Park

The following descriptions from the internet describe the beauty of Cirencester Park. There is no mention of something else … more of that, later. 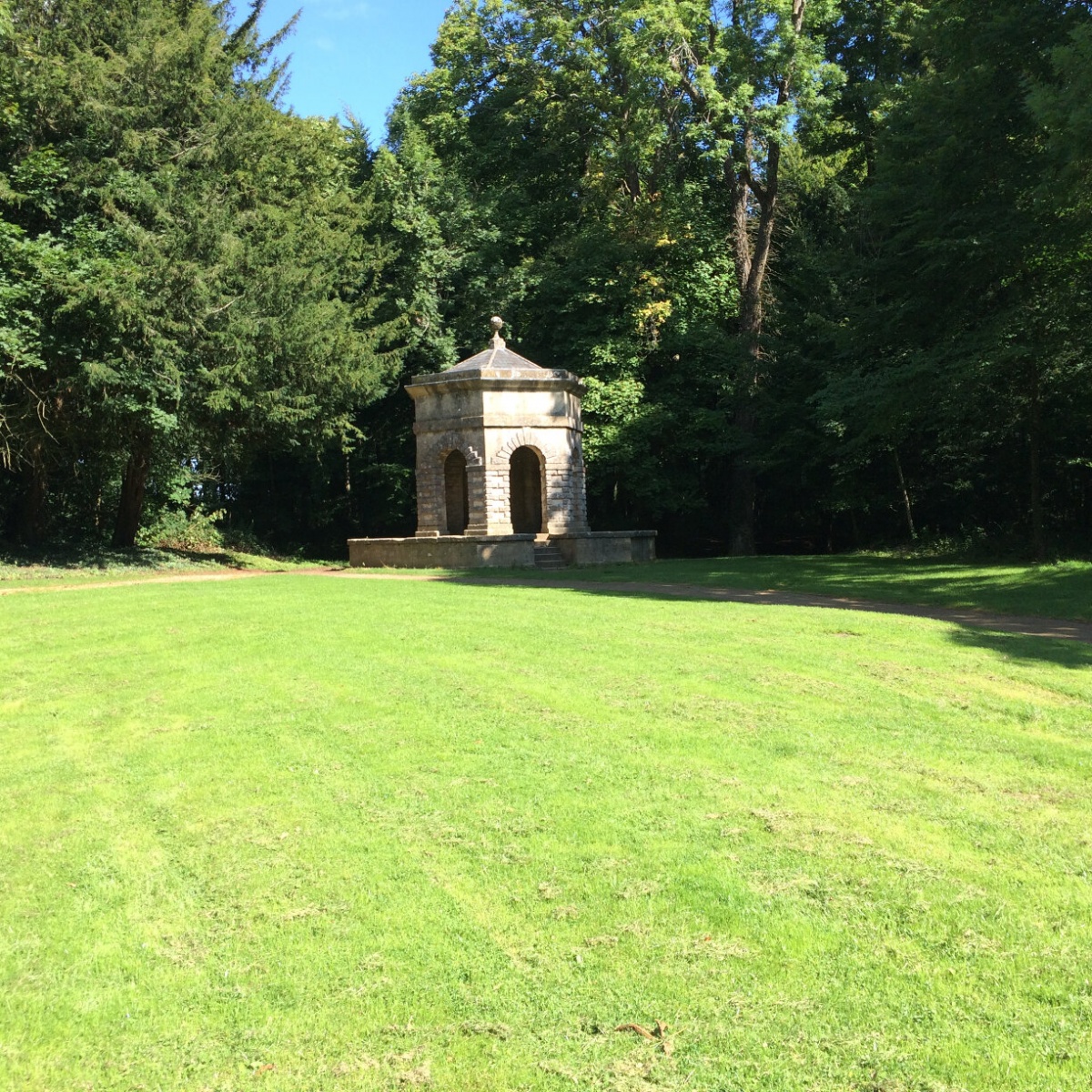 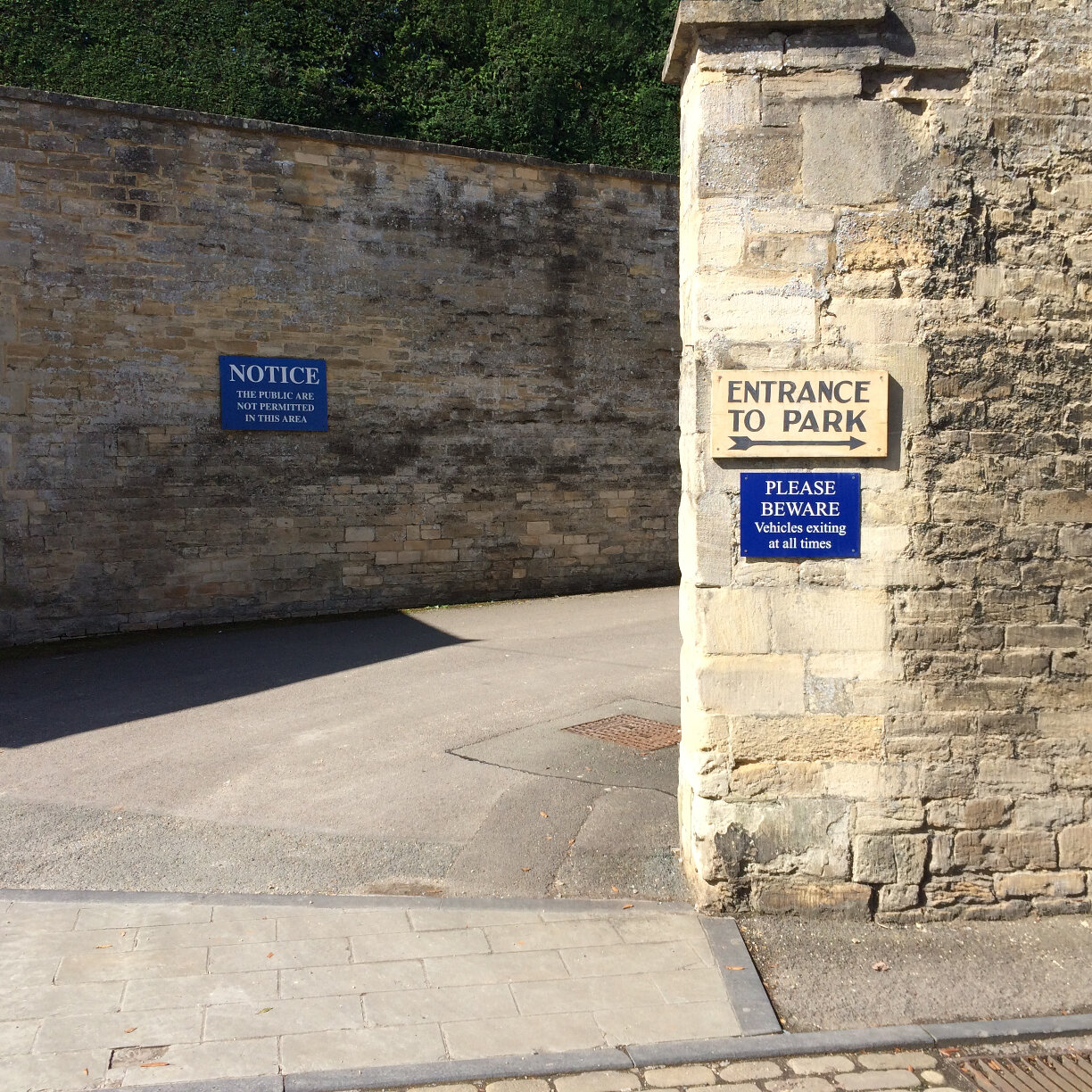 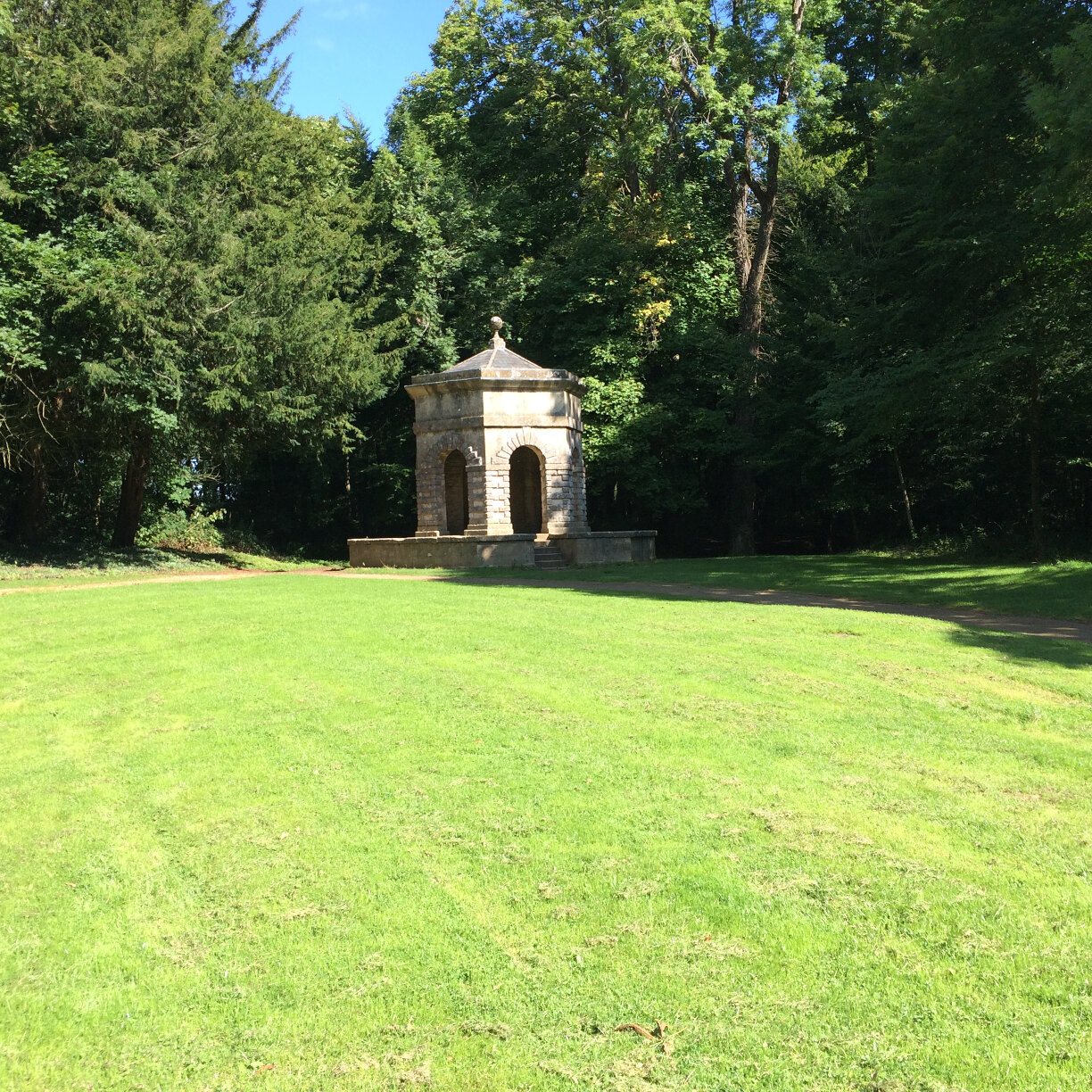 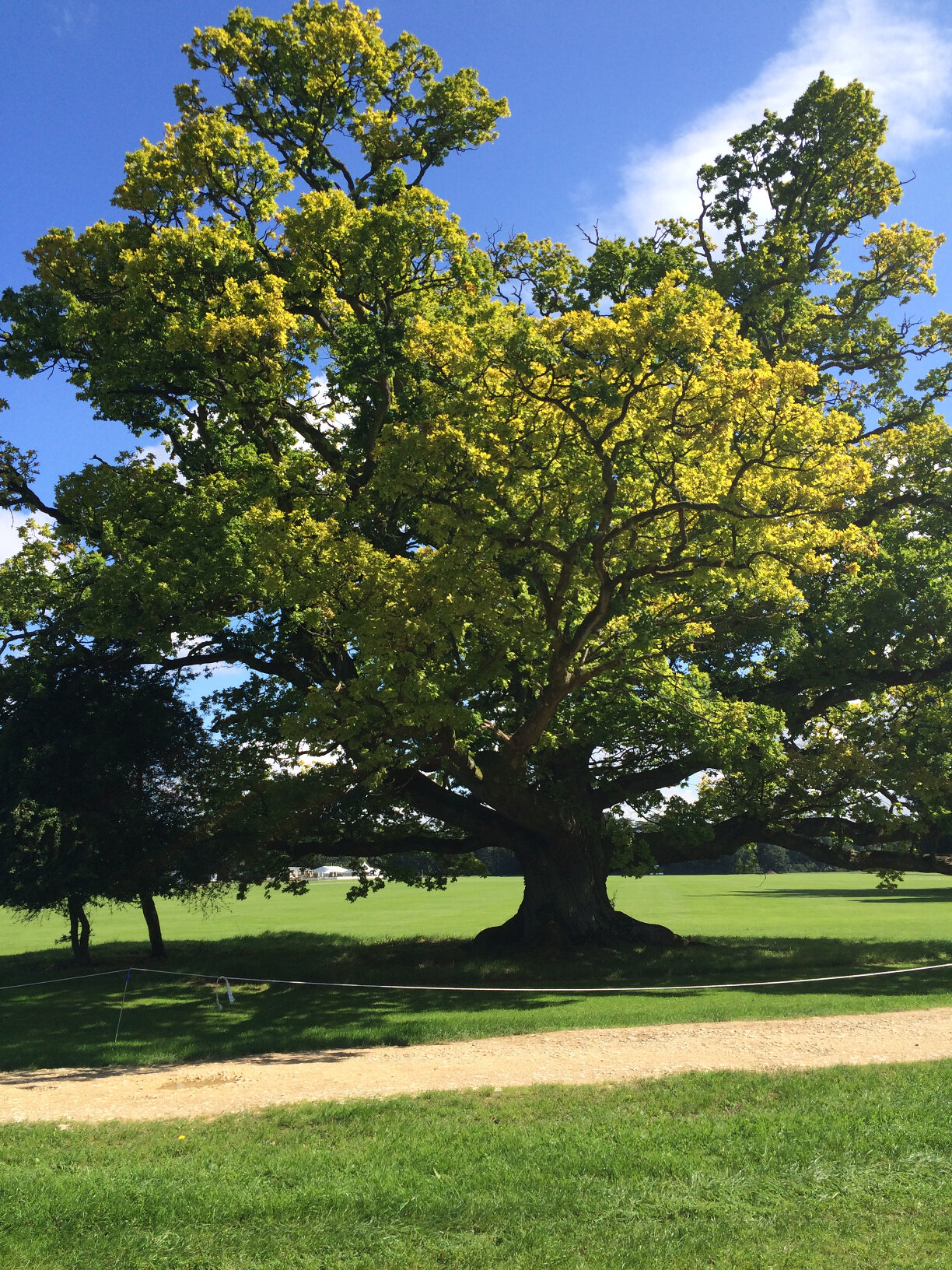 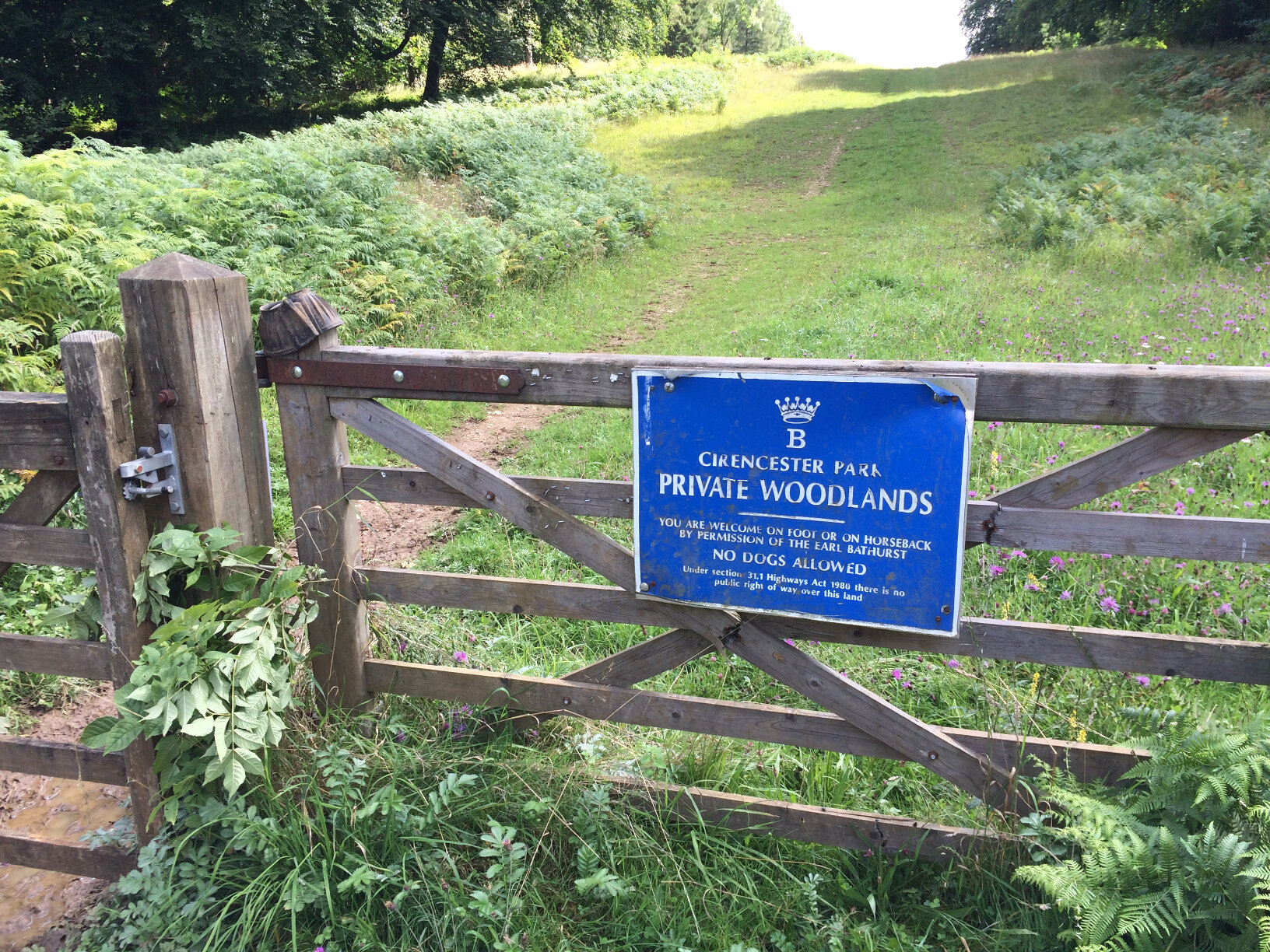 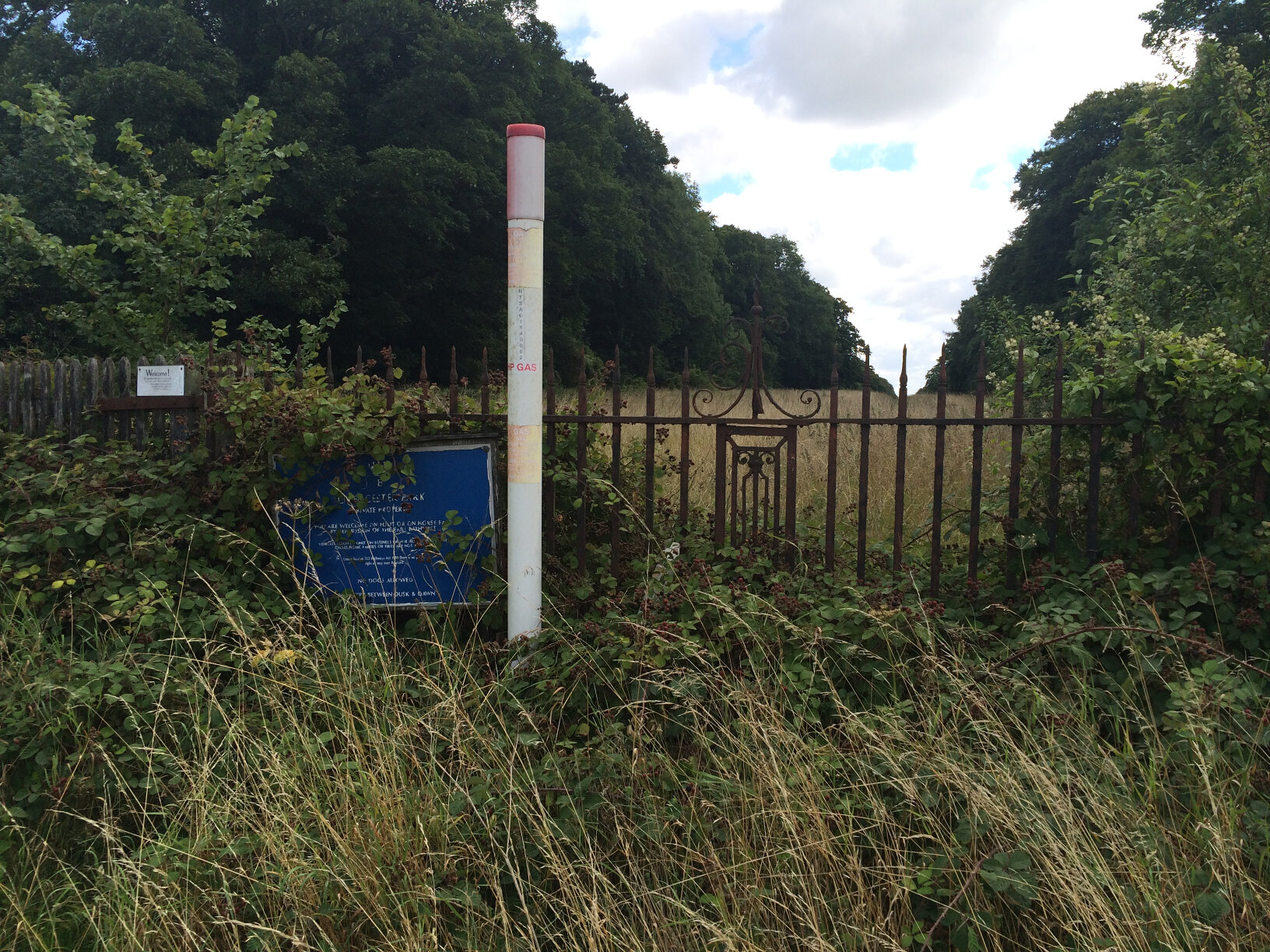 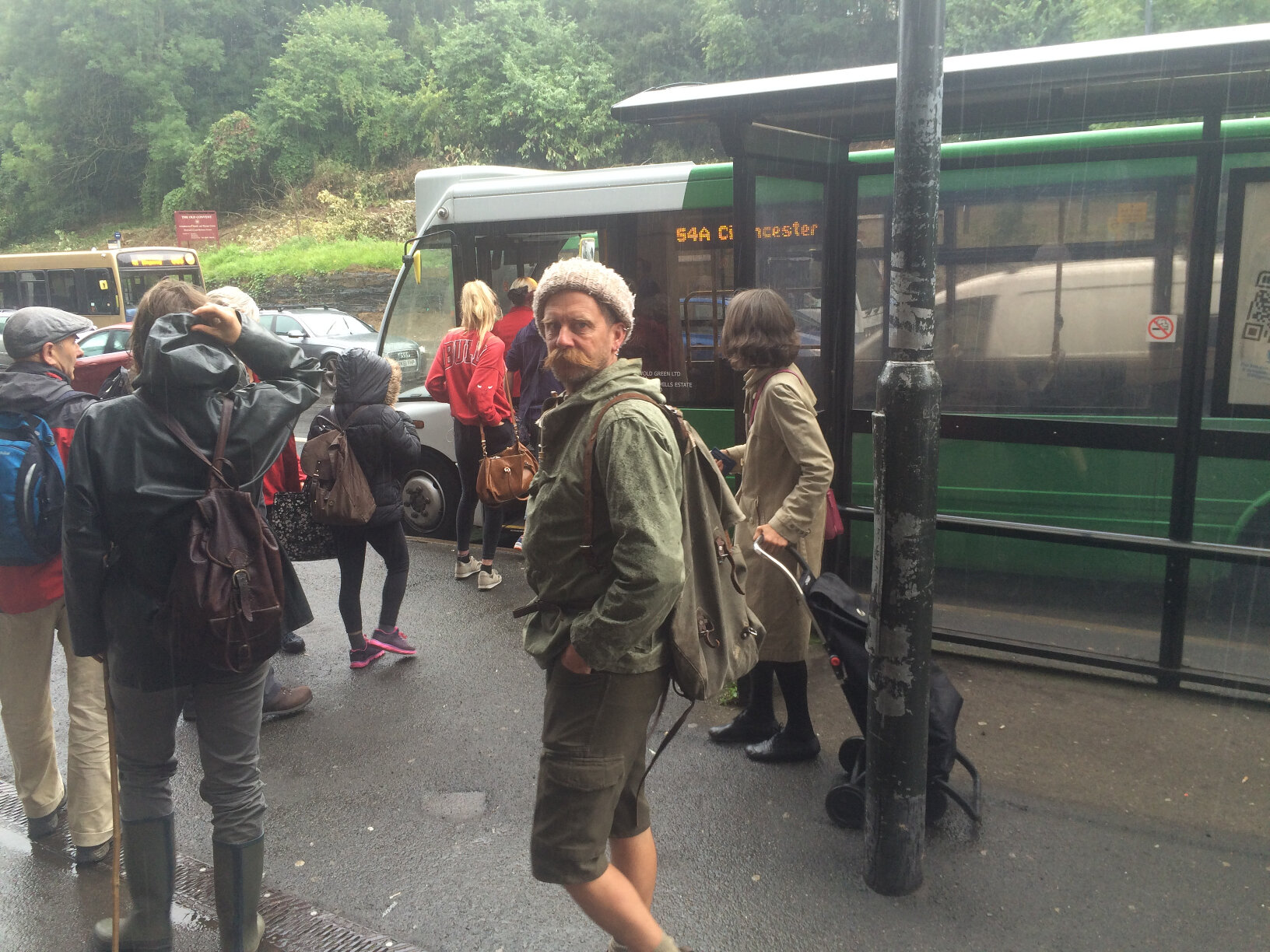 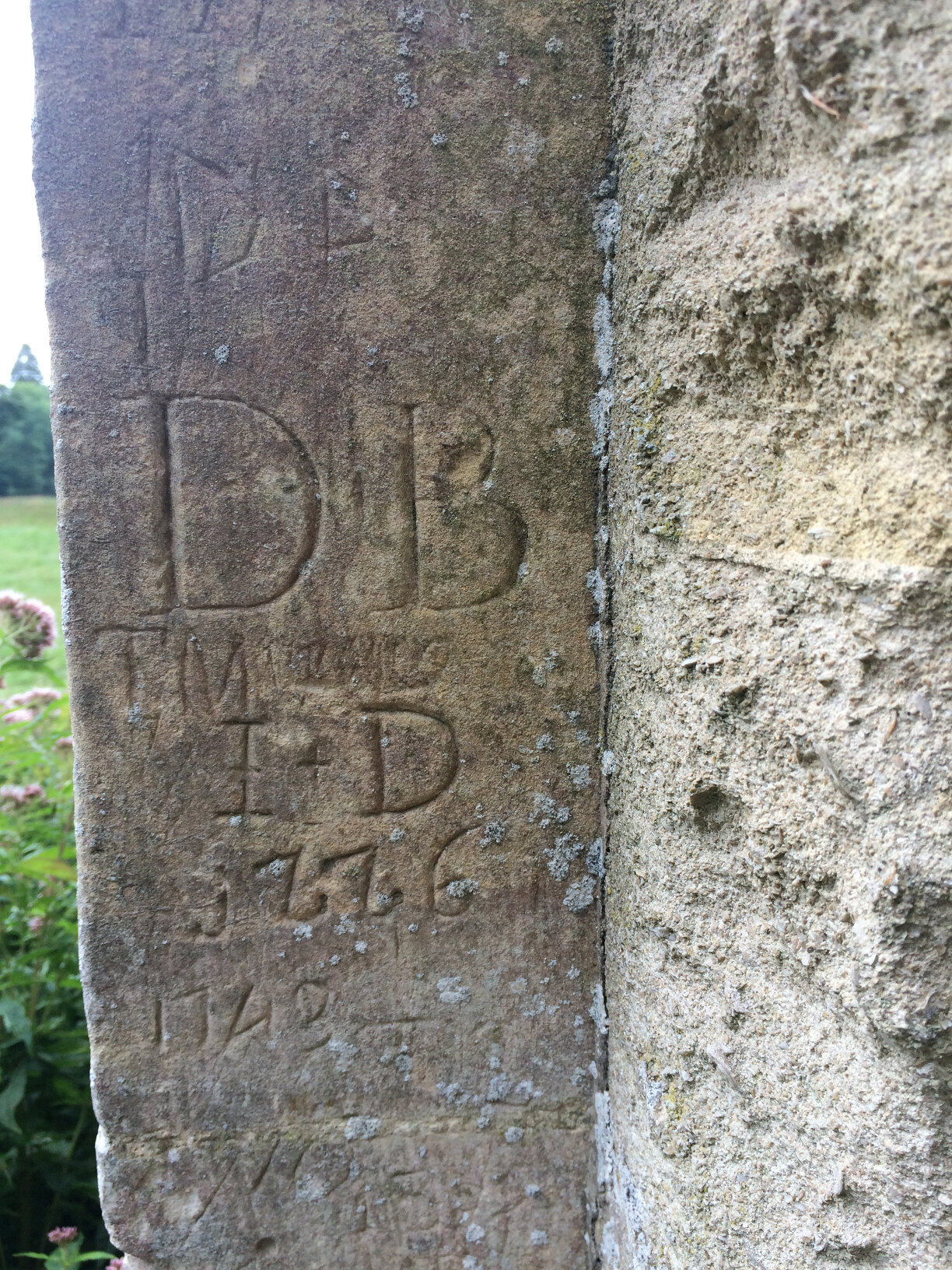 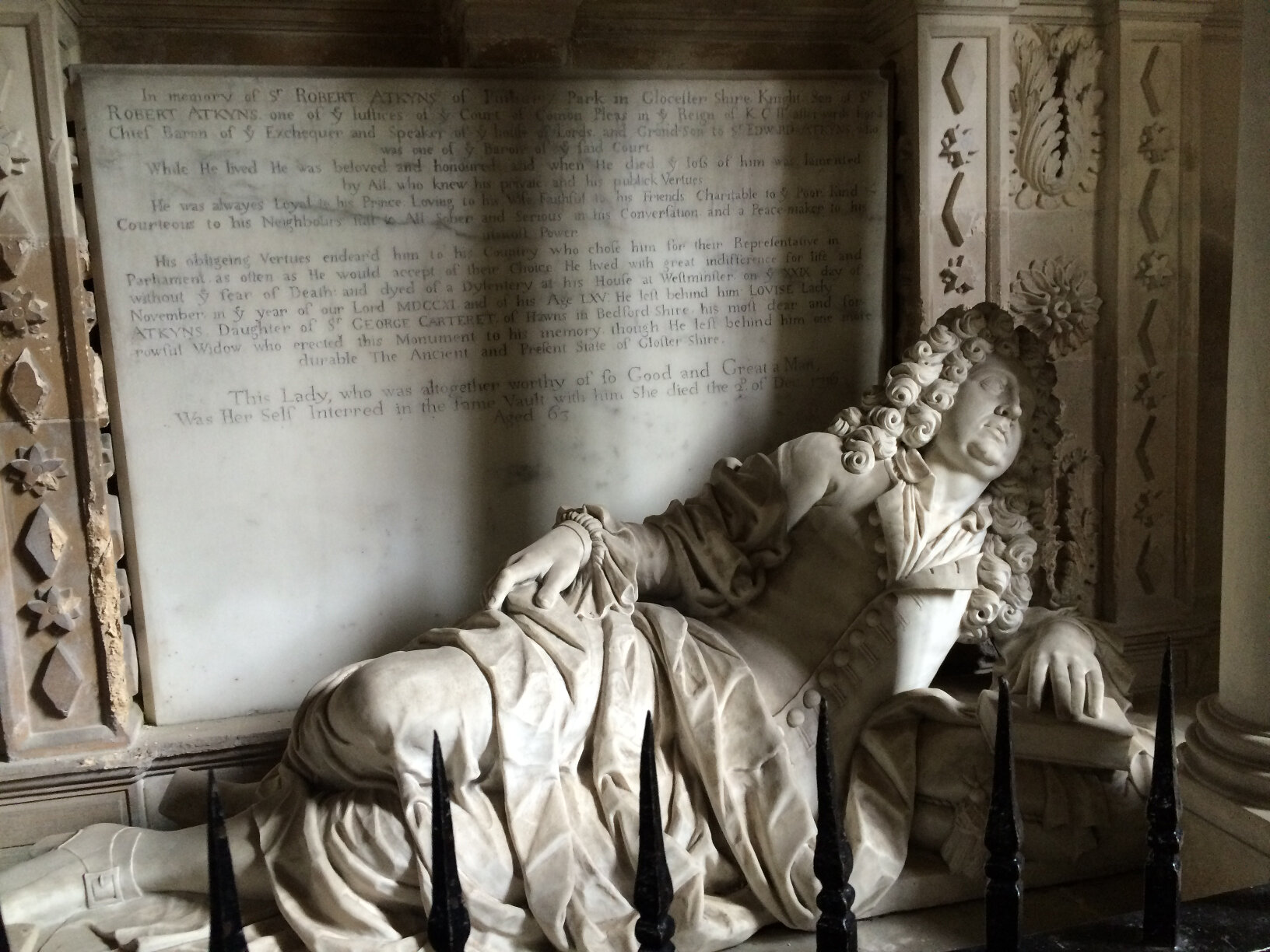 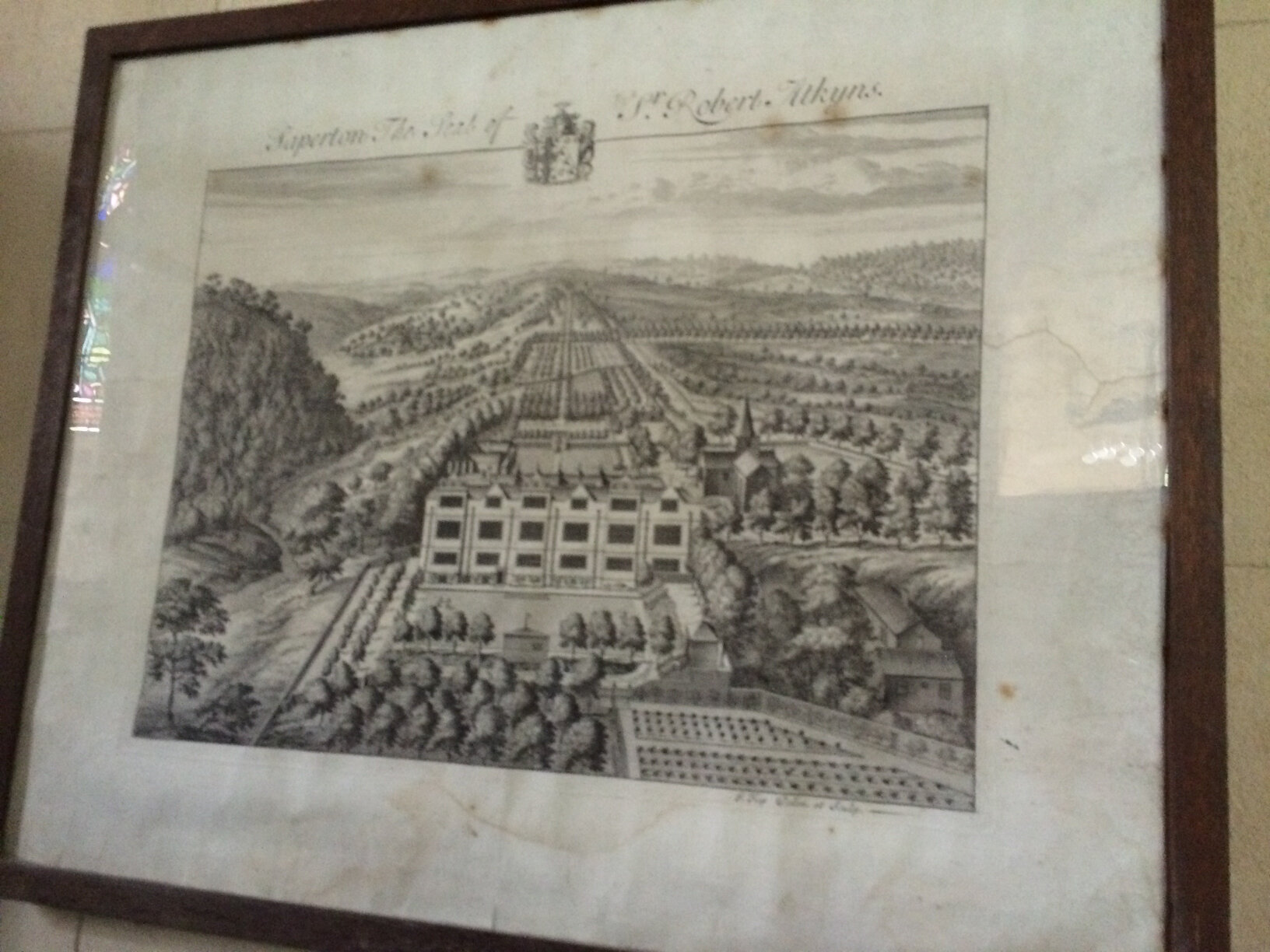 Disenchantment: The Picturesque Cotswolds and ‘Colonial Countryside’
A Walk in the Park

The following descriptions from the internet describe the beauty of Cirencester Park. There is no mention of something else … more of that, later.

That Missing Something Else

The church at Sapperton is outwardly modest and yew tree shadowed,
But inside is a huge rococo stone effigy to Sir Robert Atkyns
(Once of this Frome valley parish at Pinbury Park);
His father owned and lived at Sapperton Manor,
‘A very grand building, rather overpowering’,
According to Alan Pilbeam in Gloucestershire 300 Yeas Ago.

A 1712 picture of the house and grounds is engrossing:
It shows umpteen bays, finials, gables, chimneys and trees,
And a vast estate of sylvan straight-line avenues,
Progressively receding into far distant vanishing point.

A bowling green stands in the foreground of this landscaped geometry,
With three diminutive figures triangulated in leisured sport –
Their pose captured forever like a draughtsman’s contract.
And as these figures went about their contracted play,
Sir Robert completed The Ancient and Present State of Glostershire
Before dying of dysentery – his book published posthumously.

The house was demolished some twenty years later,
But you can walk to its ghosts down the track by the side of the church:
‘A grassy mound of rubble below the church marks its former site …
The unusually flat surface beside the mound was the bowling green’ –
We descended to this spot to recreate and limn the bowlers’ triangle,
In a draughtsman’s liminal contact, contracted through time,
Surveyed with scales of justice.

The Sapperton estate was acquired by the Bathursts
(Patrician beneficiaries of the profits of slavery),
Who promptly demolished the grand house
(The Age of Elegance and Reason),
And though Alexander Pope might wander through this valley,
Augustan couplet praise, two a penny,
As surveyors completed their triangulations …

A
Slaving ship from Bristol,
The Middle Passage to the West Indies,
And a healthy profit back across the Atlantic …

That Missing Something Else

It’s true that the third Earl (a member of Lord Liverpool’s ‘Repressive Tory’ cabinet) supported abolition by the 1820’s – and that’s what comes up on a Google search for ‘Bathurst and Slavery’. You don’t get a mention of Benjamin Bathurst’s late 17th century Deputy Governorship of the Leeward Islands, nor his Royal African Company’s position and shares. He died in 1704 and the house at Cirencester Park was built ten or so years later ‘for his son, Alan, the first Earl … the grounds designed with the help of Alexander Pope.’

The estate itself, is vast: when you wander through the Arts and Crafts village of Sapperton, or visit Coates, or Pinbury Park, or innocently follow the River Frome, or search for the source of the Thames, try to connect this sequestered Cotswold pastoral with the Atlantic ocean and shark-shadowed ships on the Middle Passage to the plantations.

‘Heritage’:
Grandeur, wealth, stability, beauty, power, art, culture, landscaped gardens,
Arcadia, follies, the classics, aesthetics, elegance, manners, the Grand Tour,
The Augustan Age of Elegance,
The Age of Enlightenment –
This is the overt heritage of the English Stately Home.

Plantations, sugar, tobacco,
The triangular trade,
Slaving,
Slavery,
Slavery compensation,
Colonial office in the West Indies,
A concealed Keynsian multiplier effect,
A hidden Venn diagram link …
Or innocent coincidence on the journey
From the counting house to the country house …

So let us walk together, with our map.
To reflect on the cult of the picturesque …
Alexander Pope,
A triangular cultural trope:

Cult of the Sublime,
The Romantic Imagination,
The fashion for the Gothick,
The Shakespearian trope of this ‘sceptred isle’,
The lyrical self-contained world of the stately home,

Think about Goldney House in Clifton,
Where as Roger H Leech put it, wih M Leone:
“The setting out of these elite falling gardens can be seen as forming part of the process called ‘Georgianisation’, in this instance the ‘ideology of naturalising the hierarchical conditions of social life through landscape architecture’.

And that means we have to leave the insular world of the stately home,
Within this ‘sceptred isle’,
And think about The Tempest,
Prospero, Ariel, and Caliban,
Especially the representation of poor Caliban,

For ‘heritage’, like ‘charity’, does not always begin at home.

Doors of No Return,
Historic, documented, liminal places,
Not gone with the wind, but both visible and invisible,
Spaces and places in the black Atlantic archipelago
With messages and mementoes from the slaving past,
Open doors to the truth –
But we too have landscapes that require re-reading,
Reinterpretations that acknowledge a history
That might be interwoven with the triangular trade,
But whose messages are obscured or buried –
The home of Stroud Scarlet, for example;

So how do we create a counter-narrative?
That is,
“A performative counter-narrative, what we might call a ‘guerrilla memory’”,
Or “Lieux de memoire, sites of history, torn away from the moment of history” (Pierre Nora),
Memorialisation that moves beyond ‘obsessional empiricism’
and ‘the fetishisation of surviving historical documents and sources’,
To a counter-heritage, a counter-memorialisation.
18th
Century
Sea Doggerel
21st Century Shadow

The Thames and Severn Canal History and Guide by David Viner

The first Earl Bathurst was an early supporter of the canal idea,
to link the Severn and the Thames,
imagining the union of the two great rivers
on his estate;
Cirencester Park would see a
‘Marriage … which would be the
Admiration of Posterity’,
wrote Alexander Pope.

Bunce Island in Sierra Leone was once an early British slaving headquarters: ‘In exchange for slaves and other valuable commodities the British offered glass beads, bundles of cloth, gunpowder, European metal goods, tobacco pipes, bottles of liquor and European weapons. Until a few years ago the ground was … littered with tiny glass beads and fragments of pottery … Most of these grim souvenirs have been hoovered up by tourists … but many more relics of the trade lie beneath the soil, along with iron nails used to attach shackles and chains to African arms …’ Black and British A Forgotten History – David Olusoga

The Thames and Severn Canal History and Guide by David Viner

‘The prosperity of the Stroud woollen industry between 1690 and 1760’
also stimulated proposals for the canal.
(This also coincided with the Bristol boom-time for slaving profits
– how much of that cloth that was bartered
for slaves in Sierra Leone and beyond
came from Stroudwater,
I wonder.
We are allowed to wonder.)

The placid waters of the Stroudwater Navigation and the Thames and Severn Canal; the rustic banks of the Severn, and the meads by the Thames, all deceive the senses. Our senses should be alarmed, like Scrooge with Marley, with apparitions of coats of arms, purses, chains, links, cash boxes, keys, ledgers, deeds and padlocks. And spectral sharks might appear to leap from the bloodied inland waters. Think of that at Bathurst Meadow Lock.

From 1967: Near the Round Tower, Cirencester Park S0 998026
‘A row of deserted cottages stands near the Ewepens, on the ‘Bisley Path’, the former main road from Cirencester to Bisley and Painswick, and Gloucester. At this point the road branched off for Minchinhampton and Coates, through what is now Cirencester Park … ‘this road became the private property of Earl Bathurst’ in 1818.

Property is Theft: a Masque
‘Town and Gown’
In Cirencester;
And in the shire:
‘Smock and Crown’.

Despite the high walls, we are allowed to walk the estate …
(The post-modernist illusion of equality;
Marcuse’s ‘Repressive Tolerance’;
Gramsci’s cultural hegemony;
The ‘we’re all in it together’ illusion.) 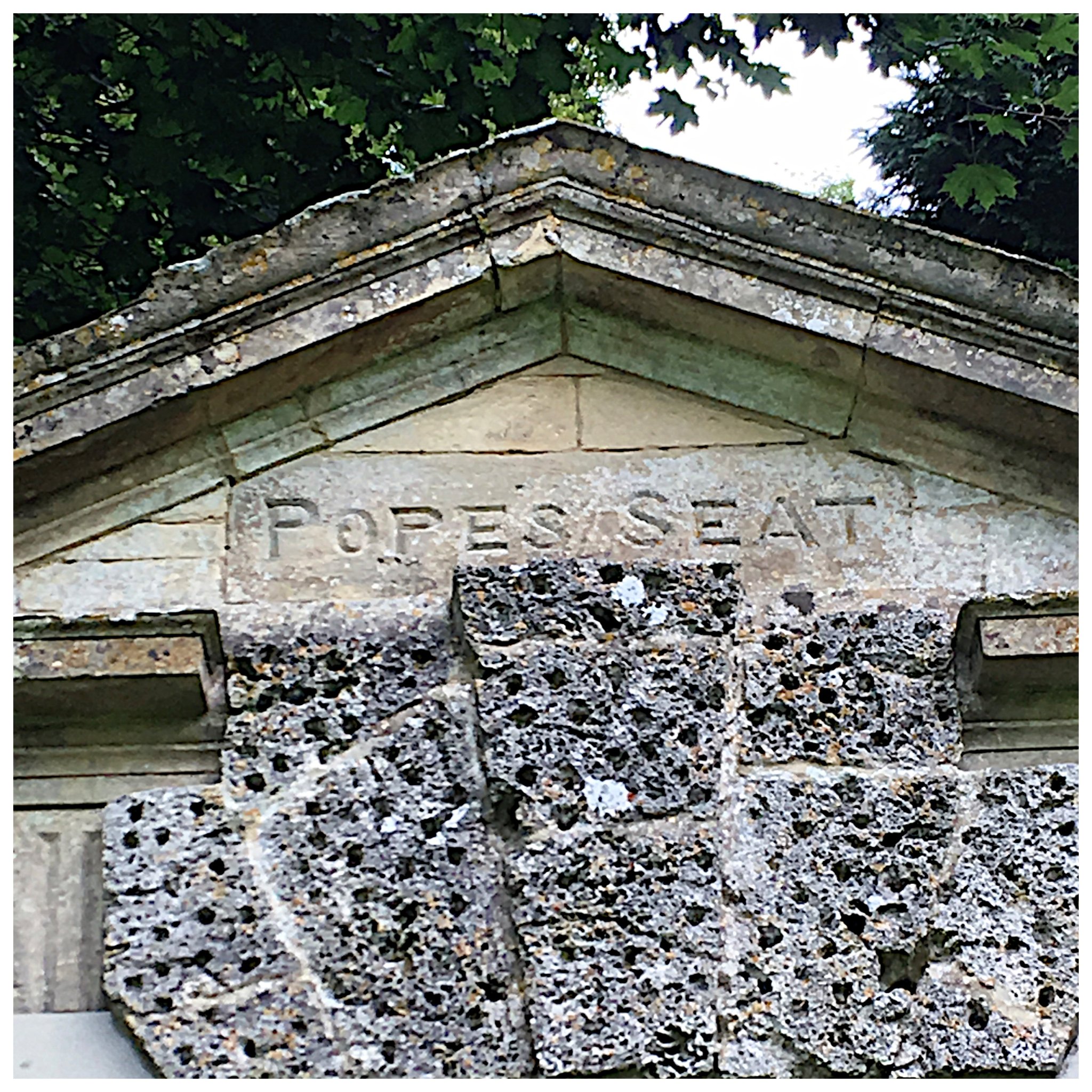 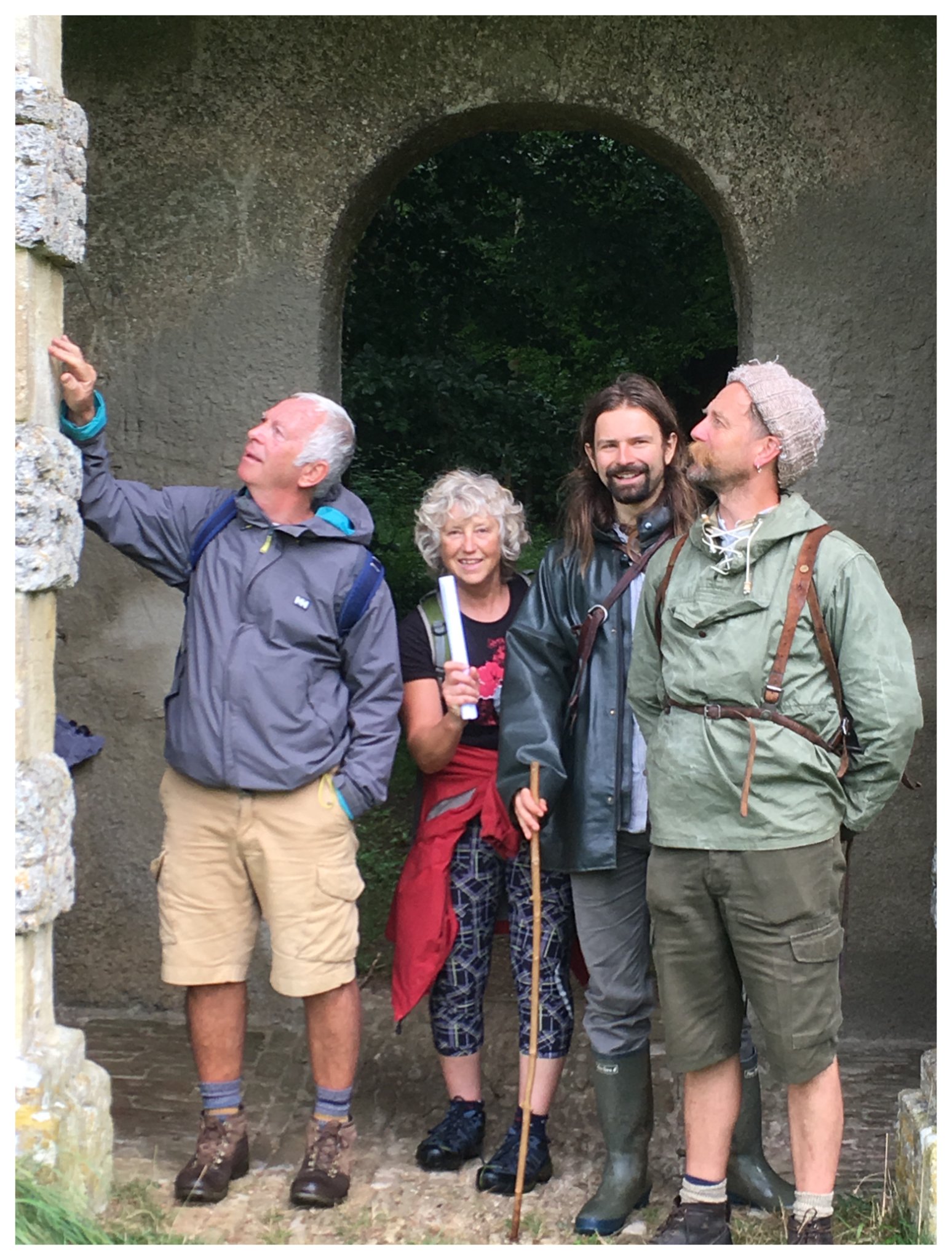 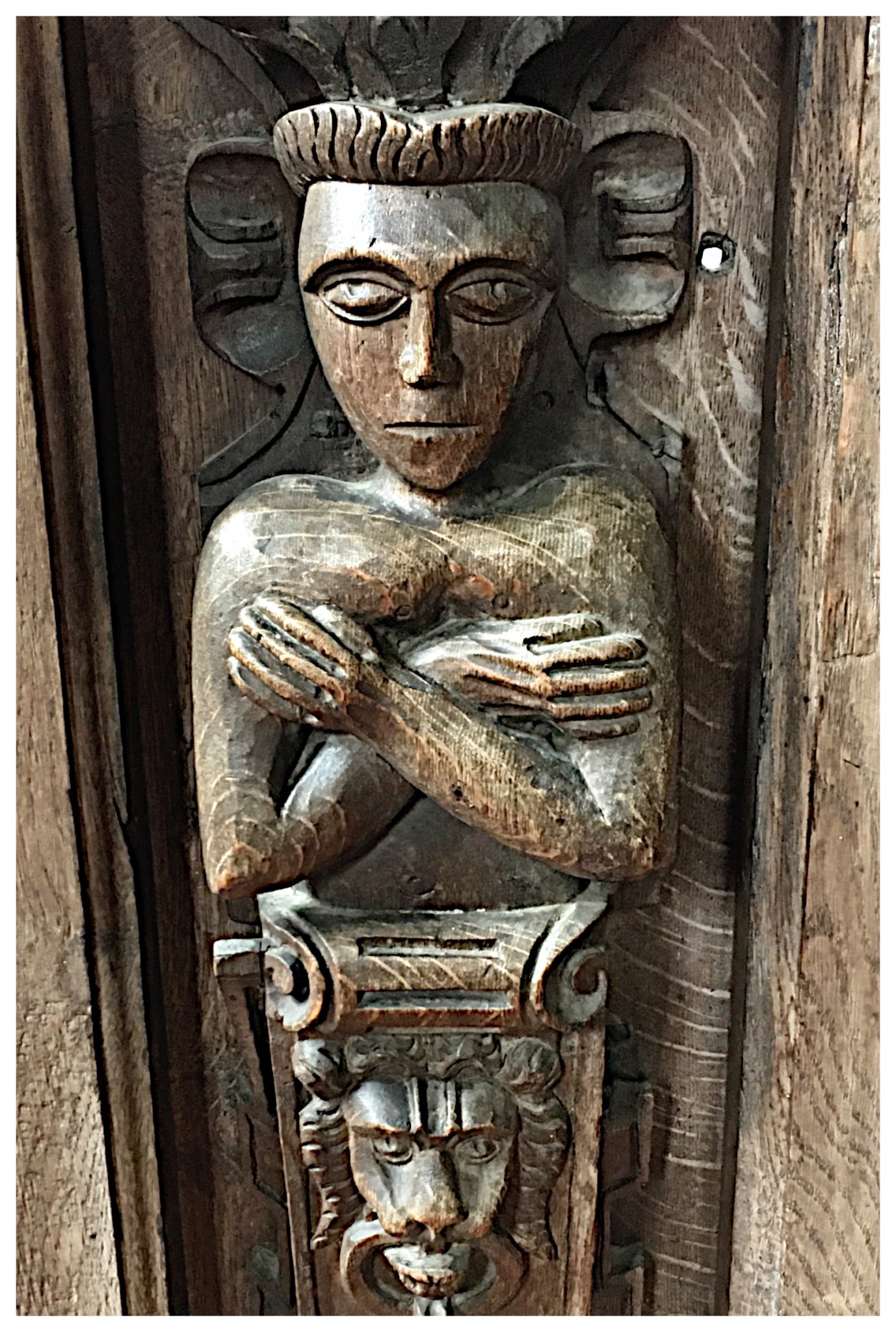 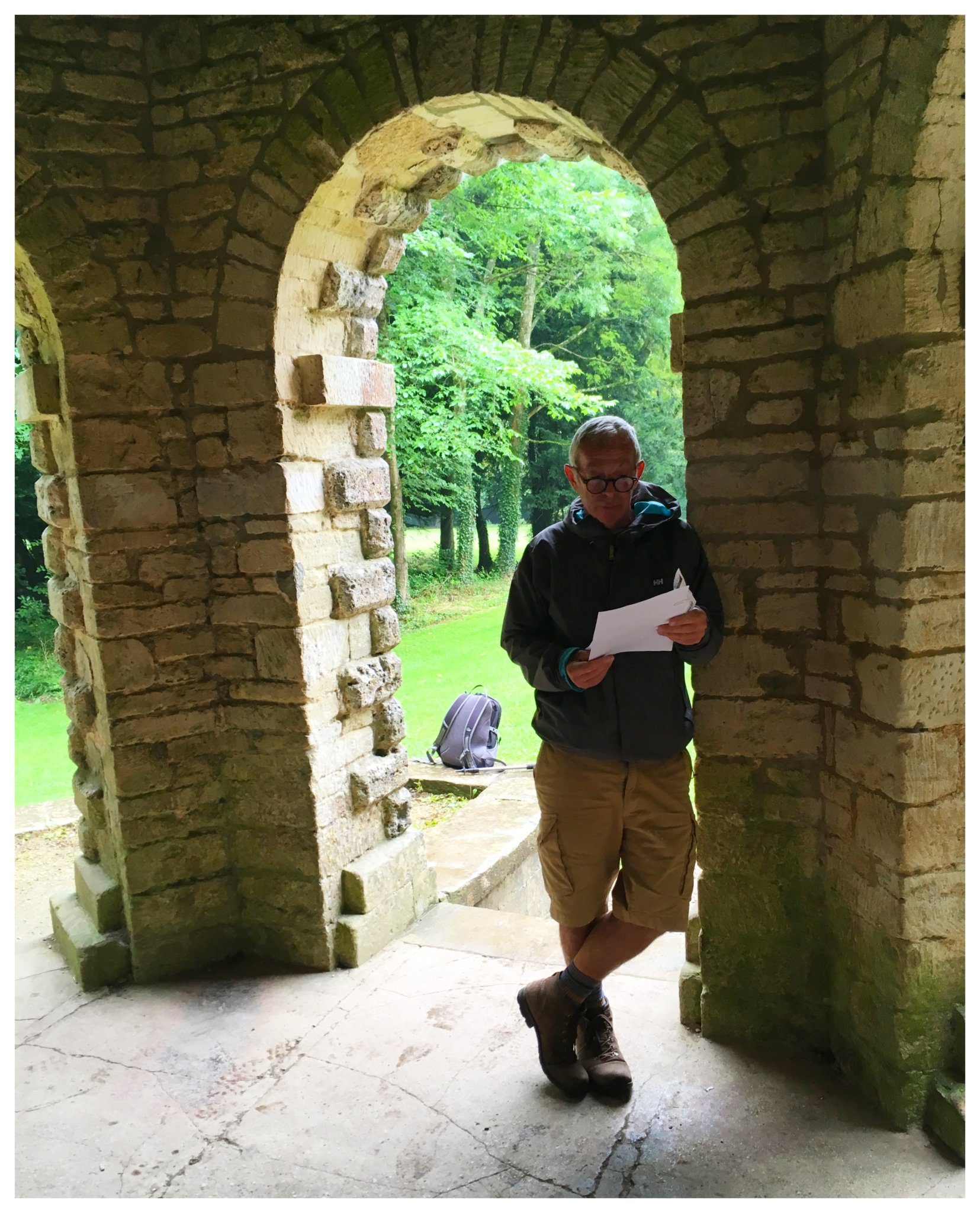 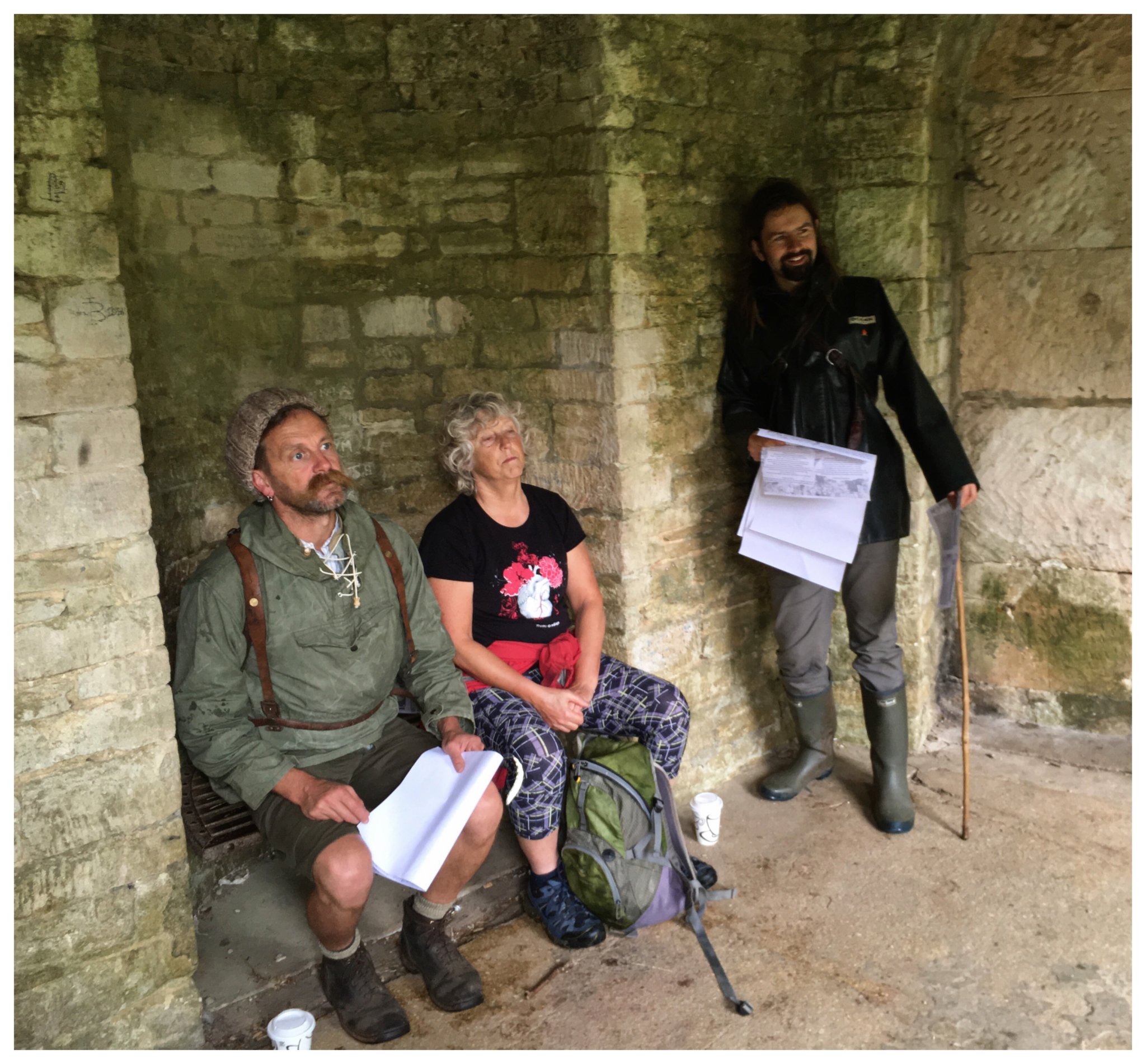 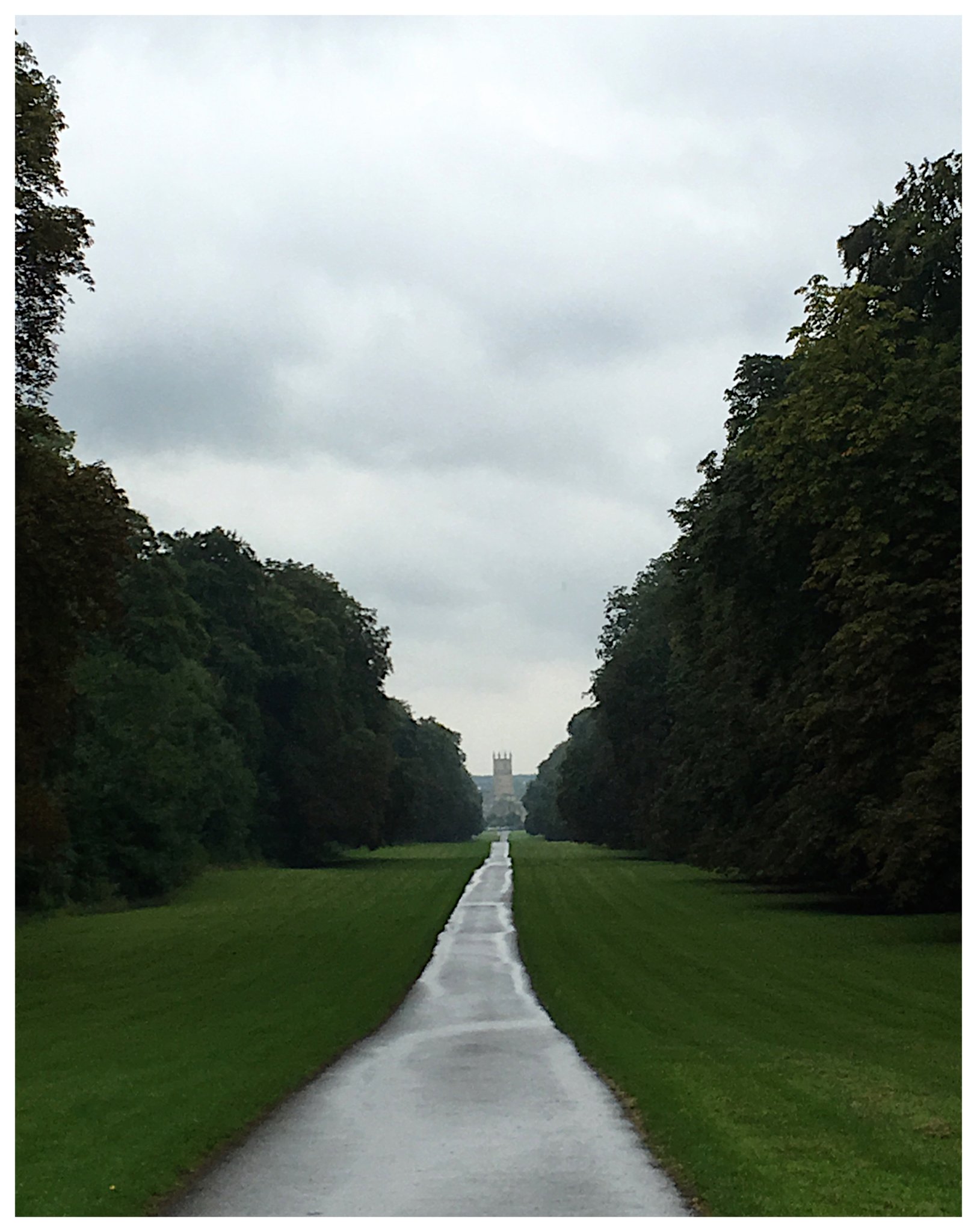 Thanks to Mark Hewlett for the above photos and below comments.