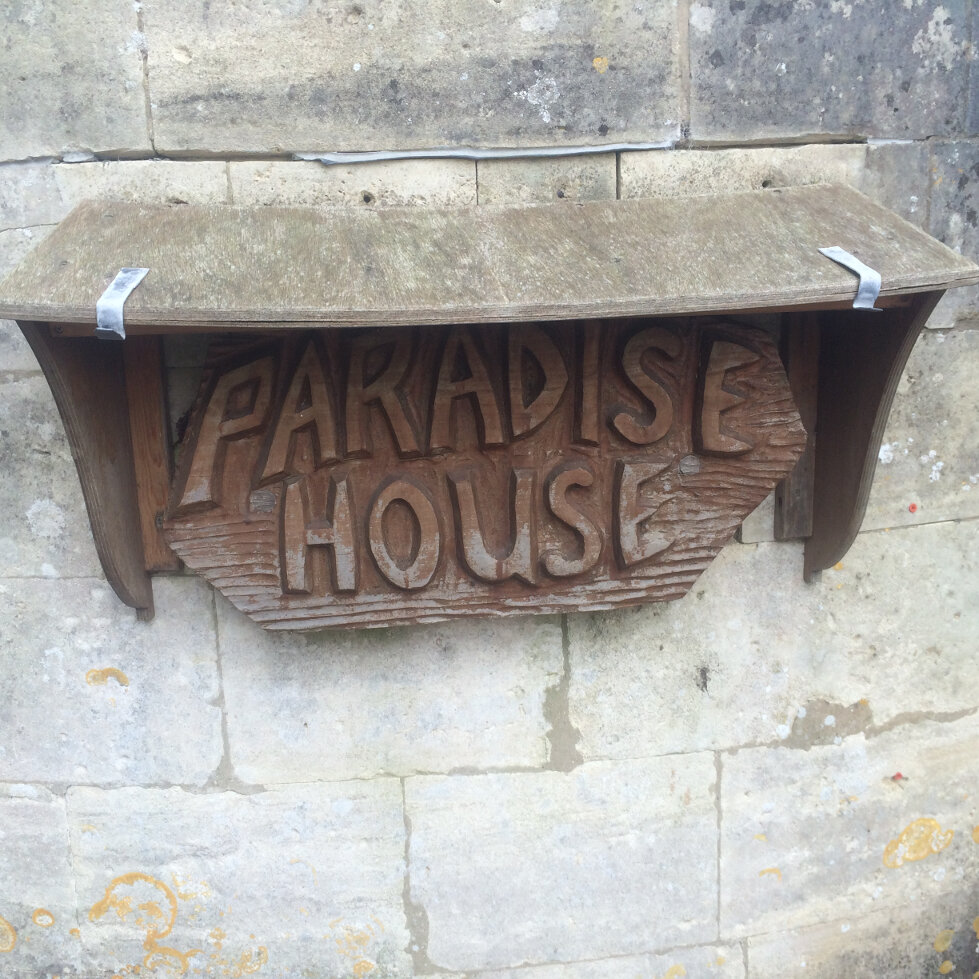 Two names in a landscape, two names on a map, Two recusant affirmations of faith, Near Knapp House Barn, where travelers gathered To journey through metaphor and field, From Purgatory to Paradise, From a copse at Slad to Painswick pastures. But I came as a Puritan, not END_OF_DOCUMENT_TOKEN_TO_BE_REPLACED 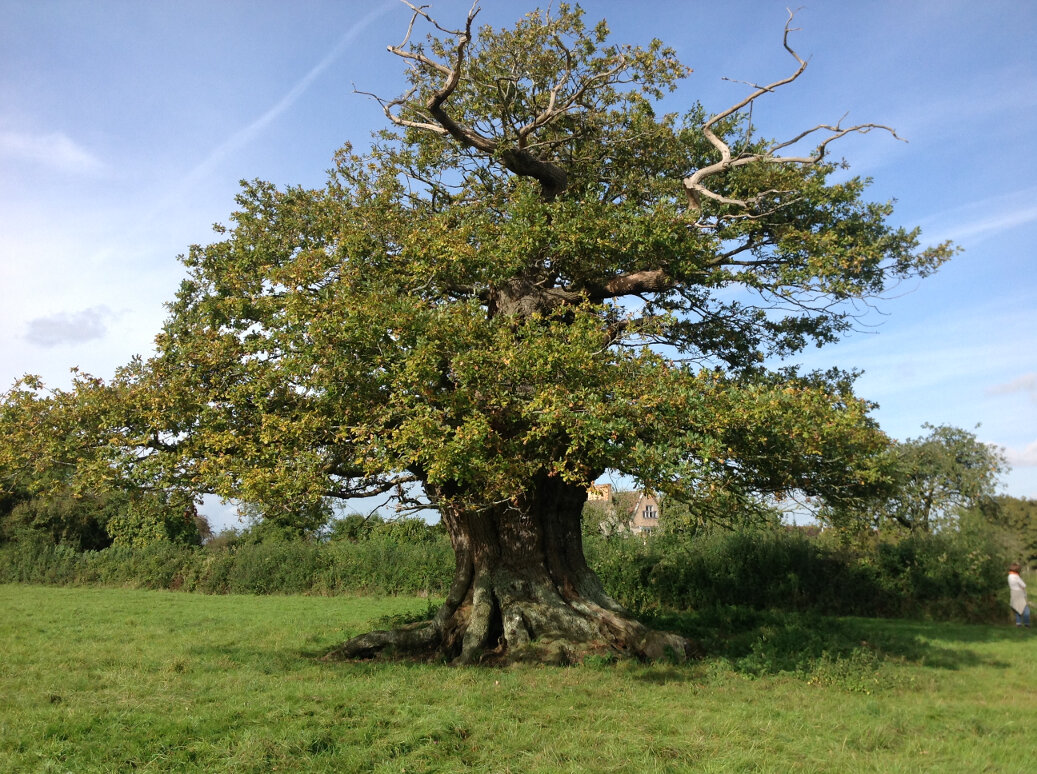 I have been fruitlessly trying to get hold of a copy of Edward Thomas’ ‘In Pursuit  of Spring’ for some while, but that failure didn’t matter in the least today, at the end of April, when I walked around Ashleworth, following in the footsteps of Ivor Gurney. The sky, th END_OF_DOCUMENT_TOKEN_TO_BE_REPLACED

It was a sunny enough April day but the chafing easterly wind cut your cheeks to shreds. People in the streets of Stroud had donned hats of every shape, size and elevation, in the forlorn hope of keeping heads and ears warm, but their faces bore the tell-tale brunt and burden. Everyone was wondering when spring would finally and decisively take its place amongst us – or would this bitter winter defiantly and continuously persist?
But as the day progressed and the sun rose higher in the sky, so the patches of blue grew ever wider, and the clouds changed shape to ‘traveller’s joy’. Snowdrops were still abundant, but primrose, violets and even a solitary cowslip reminded us of how Spring will, every year, eventually hammer the final nails into Winter’s coffin.
And so it proved, as we walked out from Arts and Crafts Sapperton to St. Mary’s at Edgeworth. This is a church well worth a visit. The path takes you past Pinbury Park, once the home of John Masefield, then through hollow-ways, green lanes and four-ways-went. There is a distinct DMV vibe about the rolling greensward here; so many paths intersecting in the middle of nowhere; big sky country with the occasional big ploughed open field; the ghosts of medieval peasants turning up the stones: “When Adam delved and Eve span, Who was then the gentleman?”
The contentment continued at St. Mary’s: a carved Saxon stone in the porch; a stained glass window from betwixt the Black Death and the Peasants’ Revolt; a local cured of leprosy at Canterbury through the Thomas a Beckett cult; pews marked ‘Manor’ at the front of the nave with ‘Cottagers’ at the back; a plethora of 17th century gravestones and a wooden seat in the sun. What more could you ask for?
Only to visit this place again. The village is ‘said to be the most remote in the Cotswolds’; it is about 8 miles from Stroud and 8 from Cirencester. This makes the church feel even more adrift in time and space – but death linked even this isolated village with the Bay of Bengal and also with the Great War. The Empire and the European Balance of Power are present even here, with melancholic inscriptions, in this wind-blown graveyard, high up on the wolds.
Also present were memories of our recent trip to Cusop, near Hay on Wye. There we had linked arms around thousand year old yews: it took 6 adults to encircle one of those venerable trunks. That
worked out according to my rough mathematical arboreal abacus at about 160 years per adult. We had also looked at the 12th century frescoes at Kempley, near Dymock, the day before. 5 adults did the trick there. It seems as though we may have a ready reckoner similar to the hedgerow calibrator – I’m sure you know about the old adage of 100 years for each species of tree or shrub in a 30 metre stretch of country hedgerow.
We returned to Sapperton via the Daneway: as good a pub as you can find on as good a walk as you can make. Tea and beer were taken before walking along the canal, the vanishing Frome and through the field where the horses and donkeys were led as the bargees legged it through the tunnel. Perhaps King George 3rd became as perplexed as we did about the whereabouts of the Frome, when he visited here in his annus horribilis of 1788, and so began to first lose his mind.
But it was near here that my aunt and father used to play when they moved to Frampton Mansell after the First World War. This was one of their favourite spots. My Auntie Kath wrote the following poem some 50 to 60 years later.

When we were young and full of fun
And all our days were carefree,
Do you remember that September
We climbed the old pear tree?

The finest crop grows at the top,
That bramble jam we ate,
Our mother made and carefully laid
On shelves with name and date.

We took a stick and went to pick
The biggest blackest berries,
Pulling down to near the ground
Clusters hung like cherries.

Remember the gate where we used to wait
For the early morning light,
To show in the field the wonderful yield
Of mushrooms, gleaming white.

The nuts we found so full and round,
And filberts too, so rare,
That lovely autumn on Sapperton Common,
What joy we used to share.

Wild harvest brings a host of things,
Mushrooms, nuts and fruit,
But best of all, with every fall,
Comes memory, absolute.

Our first Radical Springs Walk today was a great success. Eighteen of us wandered through the Toadsmoor Valley, hoping to locate and name six springs in the tumbling landscape. In the end, we discovered seven. We gathered at the first spring and named it ‘Bella’; we sto END_OF_DOCUMENT_TOKEN_TO_BE_REPLACED