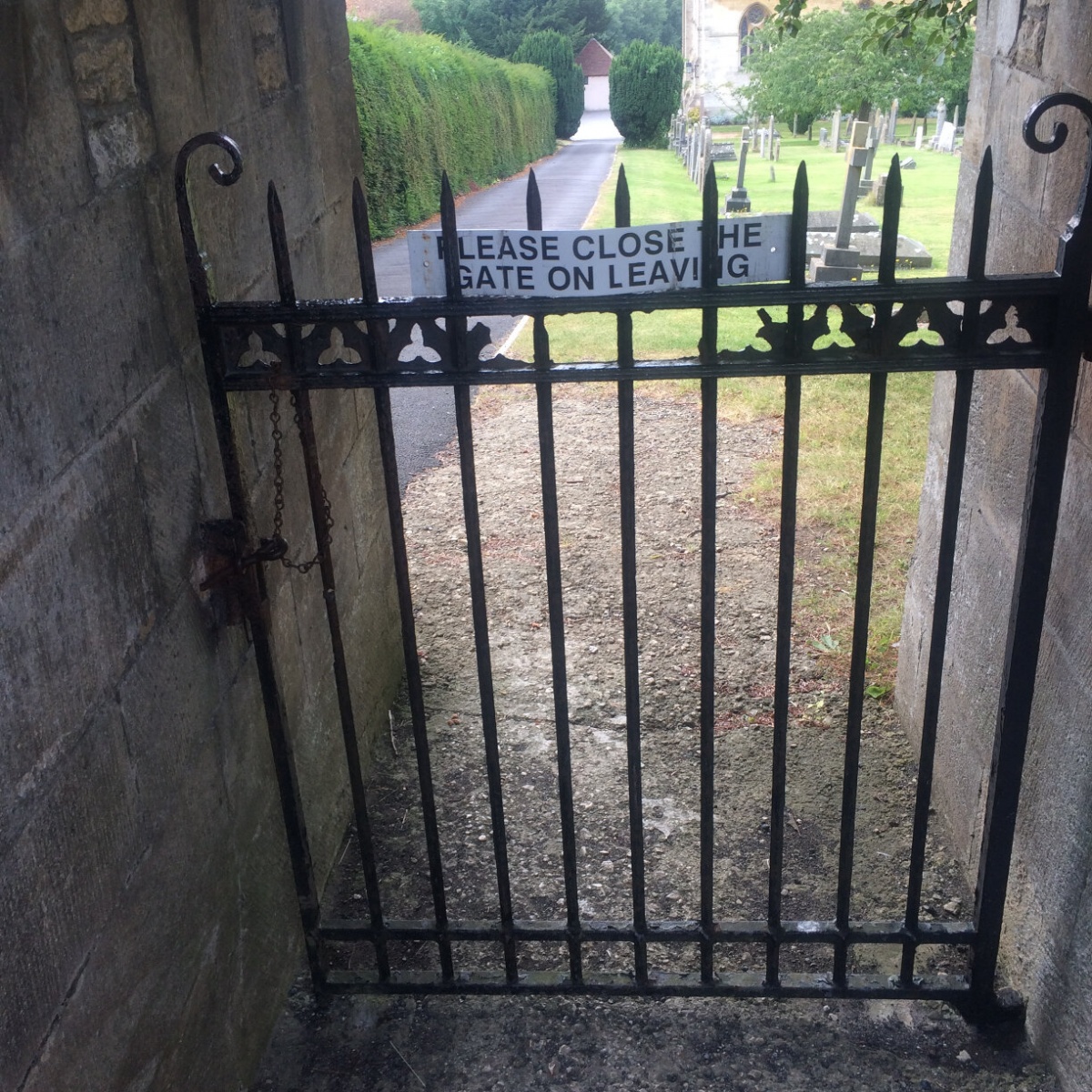 Walking and/or Cycling: Roads and Lanes not Fields Sometimes, I like to walk paths, lanes and roads, rather than the fields: a route that can also be cycled on another occasion; or held in reserve for a wet winter spell, when the fields are waterlogged. The following is END_OF_DOCUMENT_TOKEN_TO_BE_REPLACED 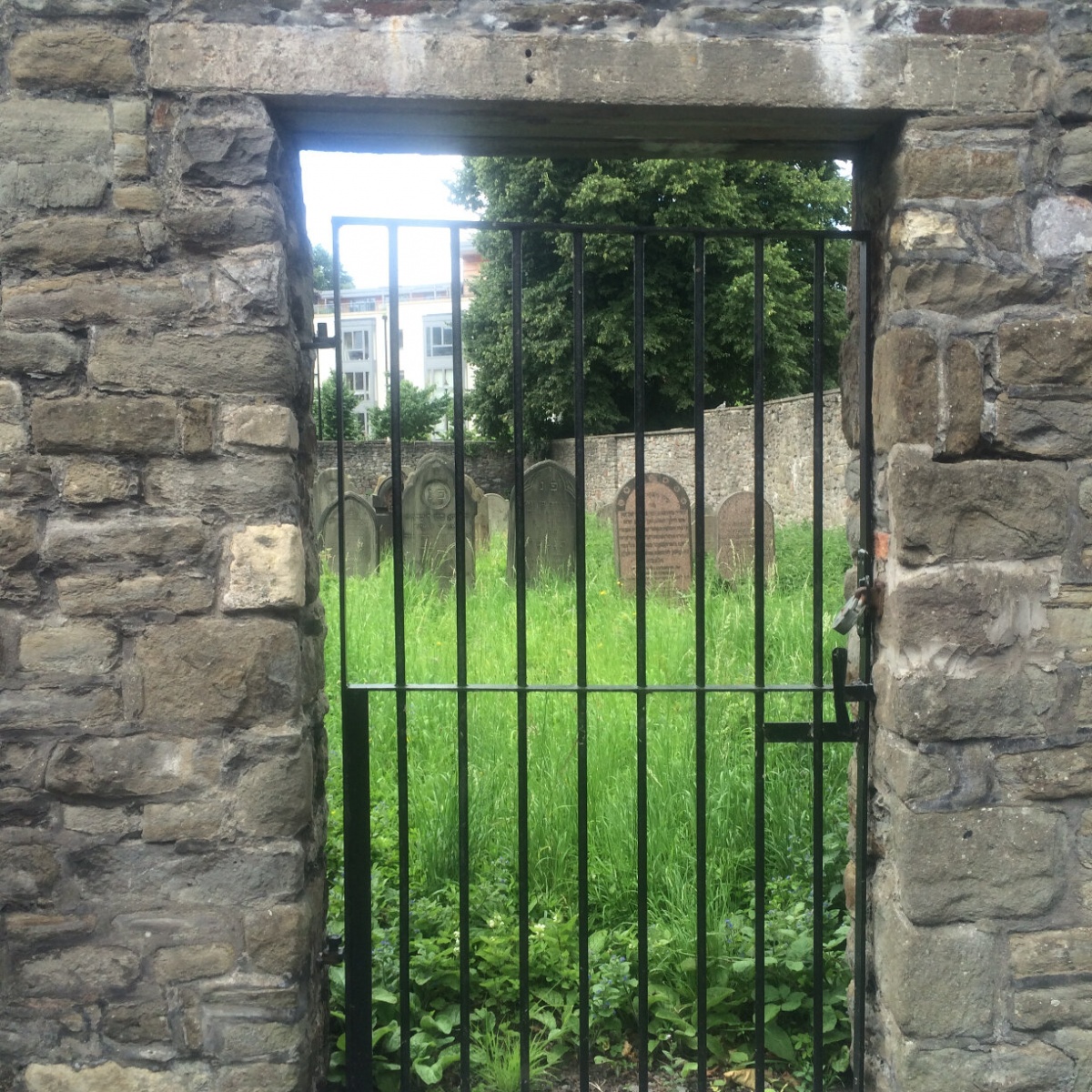 It was eleven o’clock, on a sunshine Sunday in July, When we gathered together to way-fare through time, In Bristol, at Temple Meads station forecourt: The carriage doors of remembrance troop trains Slamming shut, as whistles blew To take troops over the top, To a new e END_OF_DOCUMENT_TOKEN_TO_BE_REPLACED 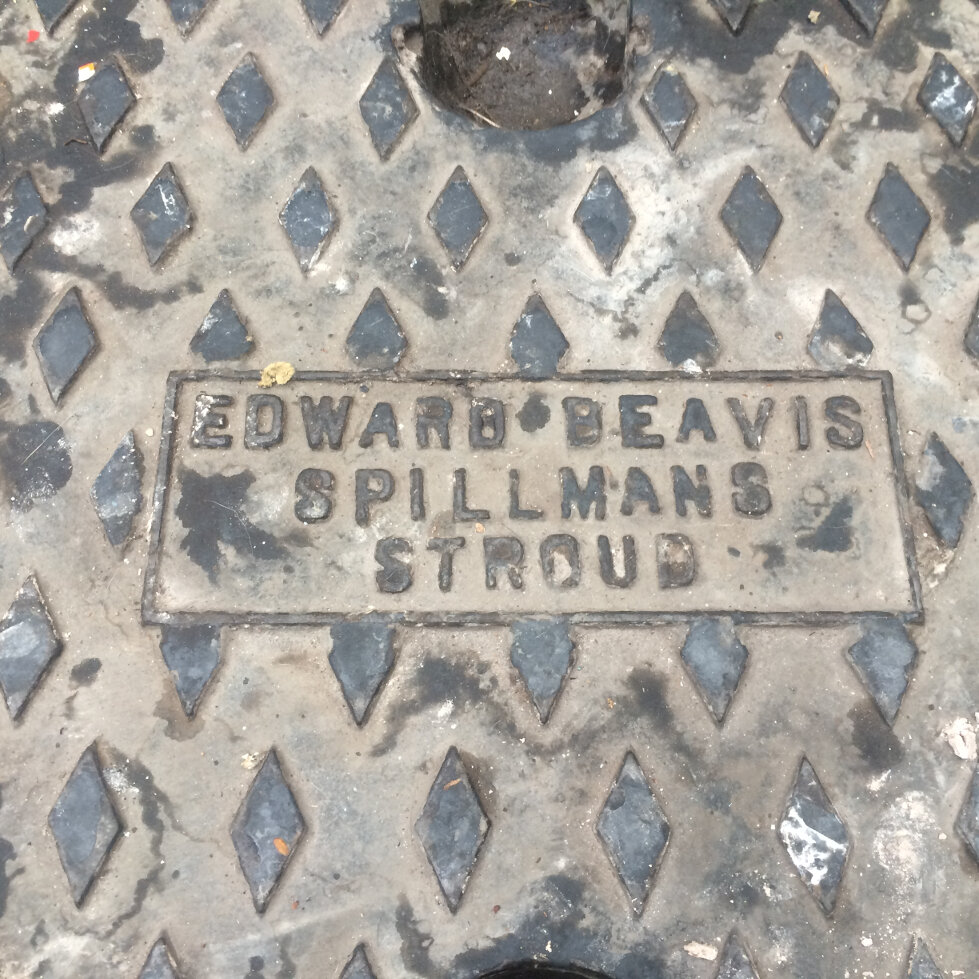 The walk into town from Coronation Road is seemingly nondescript, It’s easy to ignore the street names’ indication of their dates of construction: Coronation Road, King’s Road, Queen’s Road – The death of Edward, the accession of George; It’s easy to miss the interplay END_OF_DOCUMENT_TOKEN_TO_BE_REPLACED 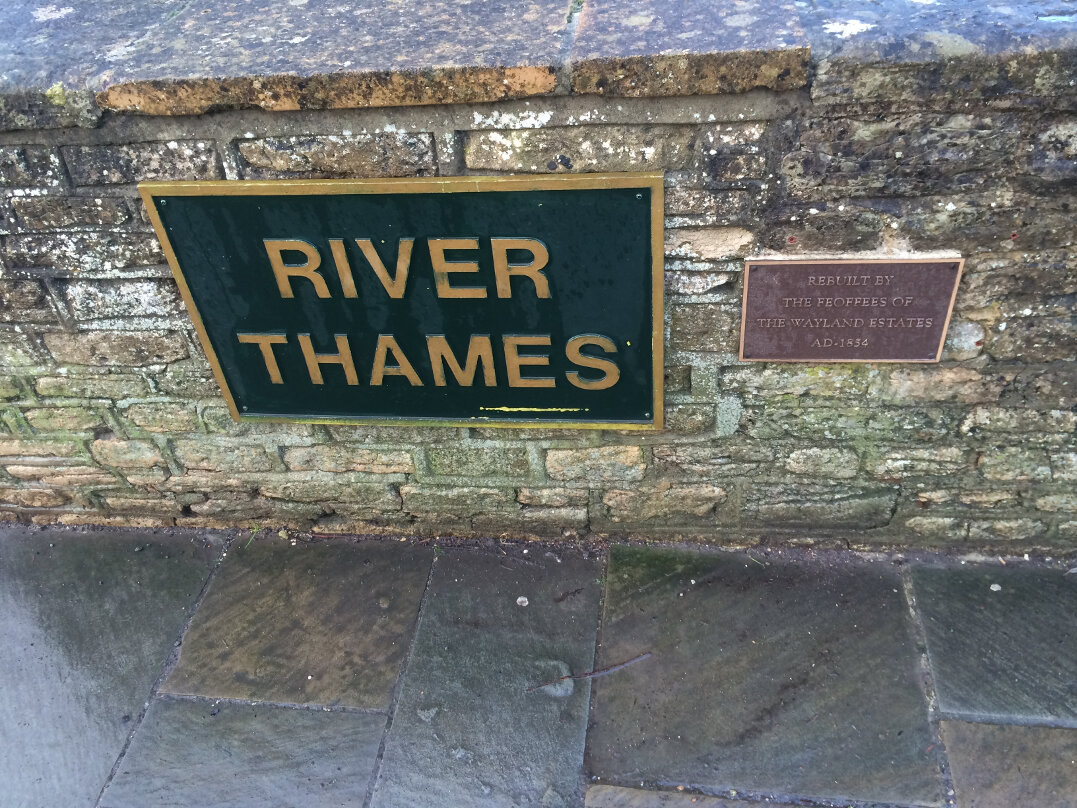 The record of the first stage of our Thames walk to London (from its source to Cricklade), involving the life of the local Chartist Allen Davenport of Ewen (Saxon derivation, indicating source of a river), can be found here. Prologue: December’s weather was, of course, END_OF_DOCUMENT_TOKEN_TO_BE_REPLACED

A message from Richard White: Hi folks, Here’s an instant write up of the walk on Sunday. Thankyou to the intrepid Kathryn for joining me if only for part of the way…it got worse but then it got better! https://rswpost.wordpress.com/2016/01/04/a-journey-to-t END_OF_DOCUMENT_TOKEN_TO_BE_REPLACED

Hi folks, I walked out to Saltford yesterday and the tow path is really muddy with one section impassable so I propose to have a go at finding a way up to the Workhouse burial ground on Sunday. Its a recce for something I would like to explore later in the year the rout END_OF_DOCUMENT_TOKEN_TO_BE_REPLACED 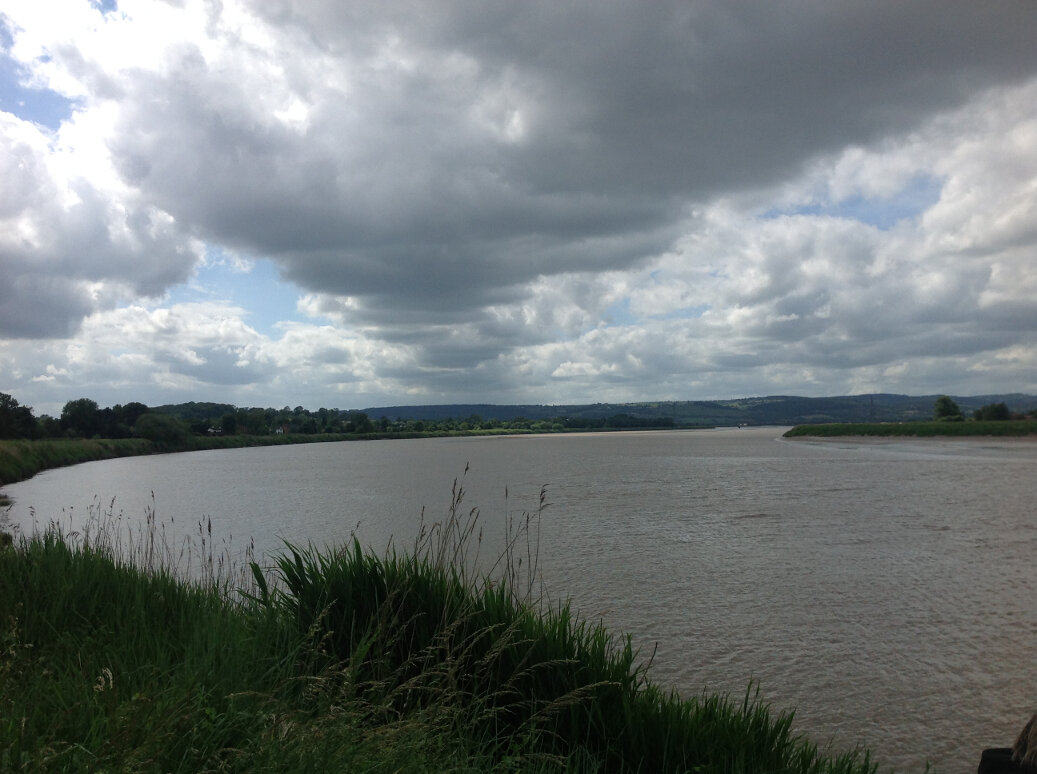 From the source of the Frome to its confluence with the Severn November 2013 – Midsummer’s Day 2015 “We shall not cease from exploration, and the end of all our exploring will be to arrive where we started and know the place for the first time.” T. S. Eliot From Climper END_OF_DOCUMENT_TOKEN_TO_BE_REPLACED

“For there we have the confluence of two springs, determined by the shape and content of sky and landscape, dropping down to Caudle Green. Here on a delicately balanced watershed, on the finest of lines, gravity’s scales of justice direct some water west via the Frome, to the Severn and the Bristol Channel; other droplets drift eastwards via the Churn to Cricklade, then on to the Great Wen and the English Channel. Conjoined droplets of water, slipping apart to opposite points of the compass, yet still conjoined by history and language: the Celtic ‘fra’, denoting a ‘brisk’ river; the Celtic ‘chwern’, indicating a ‘swift’ flow.”

“When I saw Framilode first she was a blowy Severn tidy place under azure sky…Adventure stirring the blood like thunder, With the never forgotten soft beauty of the Frome, One evening when elver-lights made the river like a stall-road to see …” 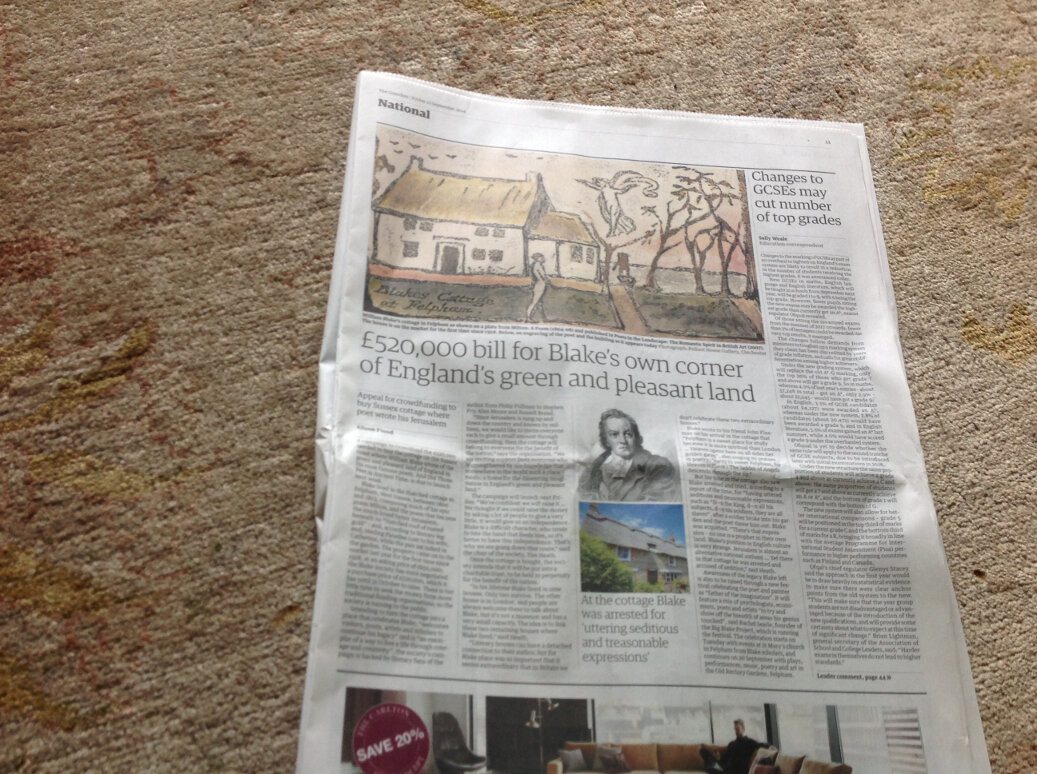 Where do you stand on walking and talking? On rambling and ranting? On orating and hiking? I’m more of a Hazlitt strider myself: ‘One of the pleasantest things in the world is going on a journey; but I like to go by myself. I can enjoy society in a room, but out of door END_OF_DOCUMENT_TOKEN_TO_BE_REPLACED

It was the time of year when winter walked
Hand in hand with autumn: sere russet leaves,
Many more bare branches than the day before,
Increasingly wet and muddy underfoot,
The first frost forecast for the coming night –
But fifteen of us gathered at Sheepscombe,
Late November at the war memorial,
To recreate its 1921 opening:

‘The people of Sheepscombe and the district assembled on the hillside near the Parish Church on Sunday in memory of the men of the village who did not return from the Great War, and witnessed the simple ceremony of the unveiling and dedications of their Wayside Cross. Those who mourn the loss of the eleven men whose names are inscribed on the Cross, and practically every resident in the village joined in the service, and in the hope that their sacrifice has not been made in vain.’

We then discoursed on Cider with Rosie,
‘Public Death, Private Murder’
(While standing by Albert Birt’s gravestone):
The Christmas attack on the returning
Newly wealthy ‘Vincent’, (colonial boy
Done good) beaten senseless and left to freeze to death,
After a boozy night at the Woolpack.
The truth?

Stroud Journal, April 11th, 1919, microfiche:
‘A man named Albert Birt, a discharged soldier living at Longridge, Painswick, died at Stroud Hospital at 11.45 on Thursday morning. The deceased was admitted to the hospital on April 1st, suffering from severe injuries to the head and in an unconscious condition. He never recovered, and died as stated. The police are making inquiries concerning the case. It appears that Birt and a companion left the Woolpack Inn, Slad, on the night of March 29th. They were both sober, but the next morning Birt, who was 42 years of age, was found lying in the road in an unconscious condition. He was taken to his home and medically attended, and later he was removed to the hospital on the advice of the doctor.’
Albert Birt was not only not Vincent, not only not a Christmas death, but he was no wild colonial boy either – he appears on the local census returns: aged 4, Longridge, 1881; 14, wood turner, Stroud and Slad Road, 1891; 24, wood turner, Longridge, 1891; 34, wood turner, Longridge, Bull’s Cross, 1911.
He married Elsie Hogg in 1918 and was killed a year later, after that night at the Woolpack. He has an Imperial War Grave as ex-servicemen were entitled to such if dying before April 1921.

It seems a crime that would be impossible not to solve …
But we visited the empty parish church, before
Caroline read Sassoon’s ‘The General’:
‘Good-morning; good-morning!’ the General said
When we met him last week on our way to the line.
Now the soldiers he smiled at are most of ’em dead,
And we’re cursing his staff for incompetent swine.
‘He’s a cheery old card,’ grunted Harry to Jack
As they slogged up to Arras with rifle and pack.

But he did for them both by his plan of attack’,
Just by Sheepscombe’s hillside Baptist Church
(‘Amazing! It’s not been turned into a home.’),
While Dave Cockcroft gave us a vivid talk
On Albert Birt’s trade, in a woodland clearing:
The job of a wood turner and bodger before the Great War,
An itinerant life among the local beech woods,
Around Bull’s Cross, Sheepscombe, Longridge and Slad –
Did he make enemies on his travels?
Who did for him with his plan of attack?
We heard more poems from Sassoon and Carol Ann Duffy,
Passing poetry posts, deadly woodshade and giant toadstools,
Before reaching Slad’s war memorial,
Where we pondered on that deserter in the first chapter
Of Cider with Rosie:

Hiding in the woods at the end of the war, he could not possibly have been one of the three men of the Glosters who mutinied at Malvern Wells in 1915; could he possibly have been one of the many men who objected to the slow pace of demobilisation after the end of the conflict, and took his action one step further? David Adams in his recent book on FW Harvey has written: ‘ In January 1919 700 men of the 3rd Battalion, Gloucestershire Regiment, refused to parade, drill, train or work, and marched and demonstrated about work, pay and food conditions – part of a nationwide series of strikes and mutinies hidden by the government from the public.’

Could he have been one of these?

Whatever. Whoever. Whosoever. Whomsoever.

We marched down to the Woolpack,

Platooned at the table outside,

How many men had a last drink here or at the Butcher’s or the Plough,

Before marching away from these sequestered villages and cottages,

To clock-in at the world’s first industrial war?

And did someone’s experience of that war

Result in Albert Birt’s death at Bull’s Cross in 1919?

Whatever. Whenever. Whoever. Whosoever. Whomsoever.