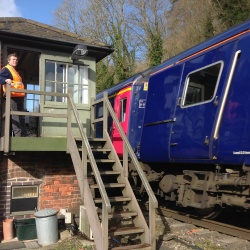 Isambard Kingdom Brunel, the GWR and anonymous Navvies
I am grateful to Peter Griffin and his piece in Stroud Local History Society’s Millennium booklet, “Charles Richardson Helps To Bring The Railway To Stroud”, for giving me the ideas for this piece. Richardson was a resident engineer for the Cheltenham and Great Western Union Railway in the early days of the GWR and Peter was given access to his journal.
Richardson first visited Stroud in the spring of 1835, with Brunel; he spent his first night in the Royal George Hotel in King Street. Peter comments that “The evening appears to have been rather lively” – as Richardson’s journal records “… a great row in the house, one man tore the coat off the back of another” – but, nevertheless, Richardson had to get up early the next day to sally forth and commence his duties.
He enjoyed the journey: “…Went in Mr B’s carriage up the valley of Stroud – beautiful scenery all along”; he then went to carry out some levelling and surveying near the mouth of the canal tunnel at Sapperton, but “lost our way by going along wrong road, but came into the line shortly after, and continued levelling along road through wood till we met a man who showed us the benchmark – we walked a little further and met Mr Brunel and rest of party – walked a long way alongside of Canal till we came to Mr B’s chaise.”
His journal also reveals something about the workforce: on the 20th February, 1837, as a consequence of “Disagreement among the men [near Gloucester]. Turned off all Baker’s gang except two …” Then on the 2nd of March, “… Rode to Glos’ter. Paid off nine men and sent Baker, their ganger, to Sapperton …” Then on the 18th March, “… Walked with Brereton to Sapperton. Paid men. Had some trouble with Hurst and other of the men. Short of cash.”

A Working Class Hero Is Something To Be
Everyone knows the name:
Isambard Kingdom Brunel,
And everyone knows that photograph:
The top hat, the waistcoat,
The cigar and the chain-link,
The busy, preoccupied,
Self-assured pride
Of the Victorian engineer,
The man of his moment,
Proud of his steamships,
And proud of his Great Western Railway –
The dignified certainty of genius,
Knowing that his 120 mile long line
Would run all the long level way
From Paddington to Bristol,
With a mean gradient of just 1 in 1,380,
Just as his drawing board had intended.

But where are the men who built it,
And where are the women,
Who followed the permanent way?
Where are the Fox Talbot portraits
Of the men whose picks and shovels,
Slide rule discipline,
And one hundred deaths,
Carried the line right through Box Tunnel,
So that the sun shone clean right through,
On Isambard Kingdom Brunel’s birthday?
Where is the tribute to their collective anonymity?

A working class hero is something to be.

Navvies and Legerdemain
Two thousand miles of bucket-lift airshafts,
A million men in diseased shanty towns,
Or lost on the tramp in the town or the country,
With no union-pub to rest a wet head,
No Blacksmith’s Arms or Plough in the county,
A damp clay embankment instead for a bed;
Or cutting or gradient, a bridge or a wagon,
A station or brick works, a clay pit or trench,
Or making the running up Sonning Cutting,
A forty foot climb with barrow and earth,
Two miles of running and landslide bone crushing,
With pick and with shovel, gunpowder and shot.
Tunnelling through the mud and the water,
Conned by contractor and ganger and truck,
Calumnied by the press and the pulpit,
We travel today on their muscle and sweat,
And train names today tell of white collar fame,
But who can remember a navvy’s true name?
Their fustian skill and anonymous strength
Built all our lines on their steam power length,
But it’s hard to discover a navvy’s true name,
In railway history’s ledger’s domain.

‘If you saw my little backyard “Wot a pretty spot”, you’d cry It’s a picture on a sunny summer day Wiv the turnip tops and cabbages Wot people doesn’t buy I makes it on a Sunday look all gay’ I can still vividly recall my first encounter wi END_OF_DOCUMENT_TOKEN_TO_BE_REPLACED 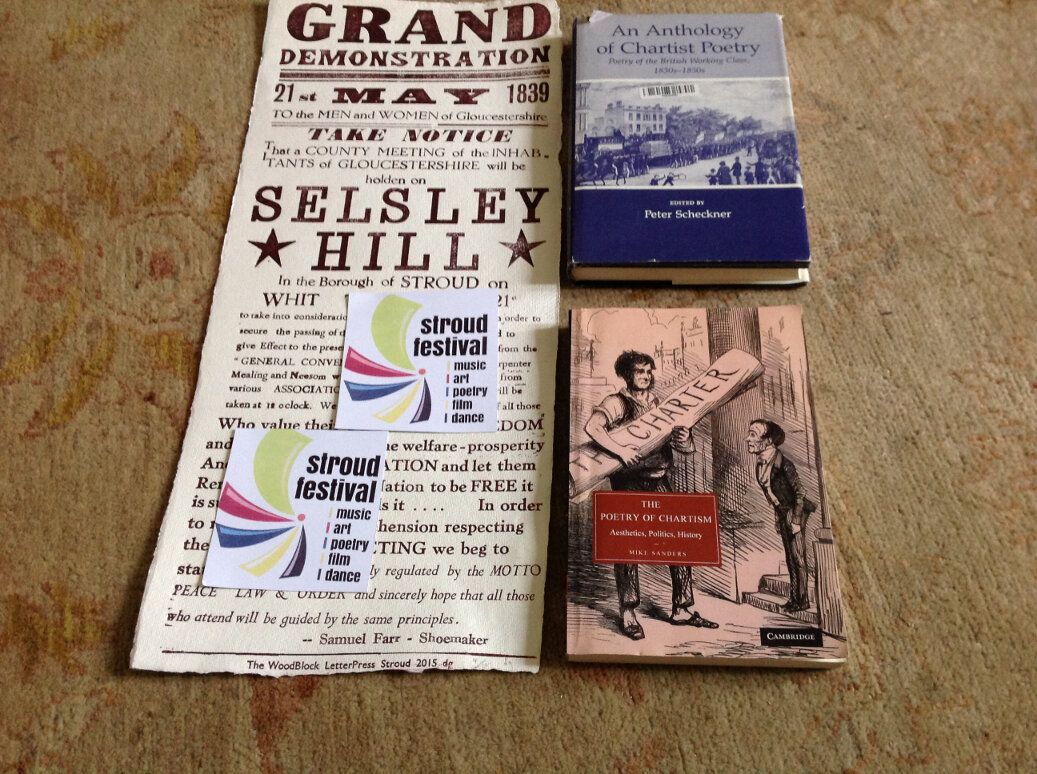 They struck up their antics, like lighting the tabacco or putting bow to fiddle, walked to slogan, rant and chant, they will not recant for the priviledged rich, who want to keep them underfoot, their feet are beating out a tattoo, the exploited working poor, want to tu END_OF_DOCUMENT_TOKEN_TO_BE_REPLACED 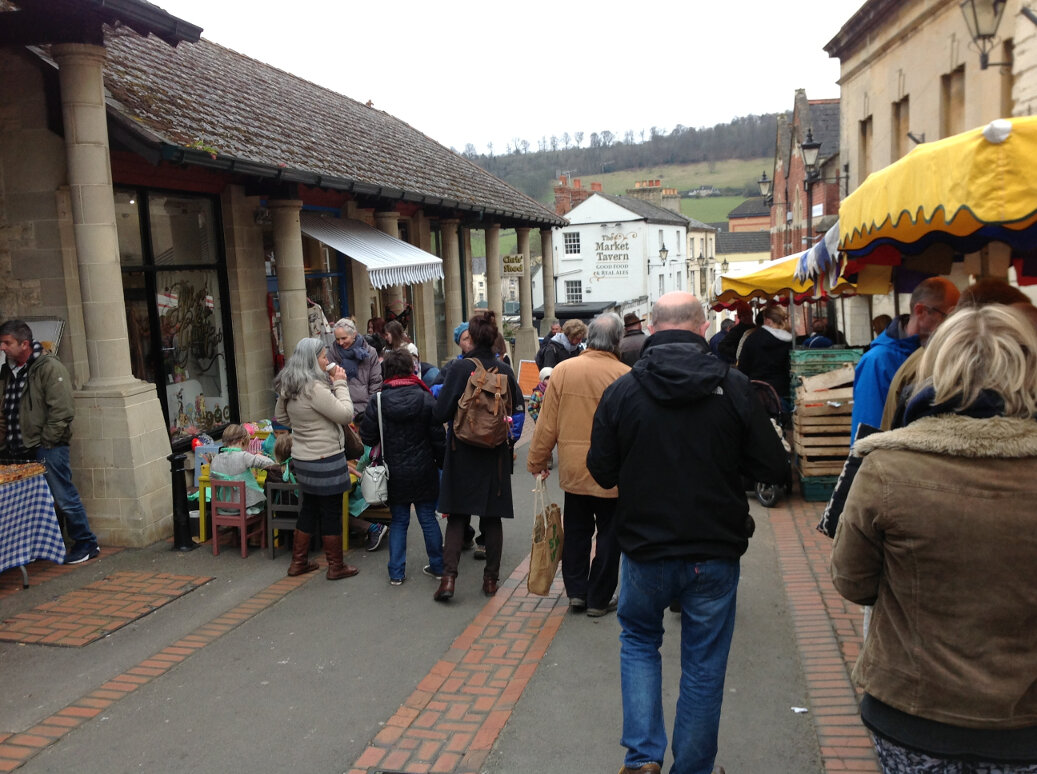 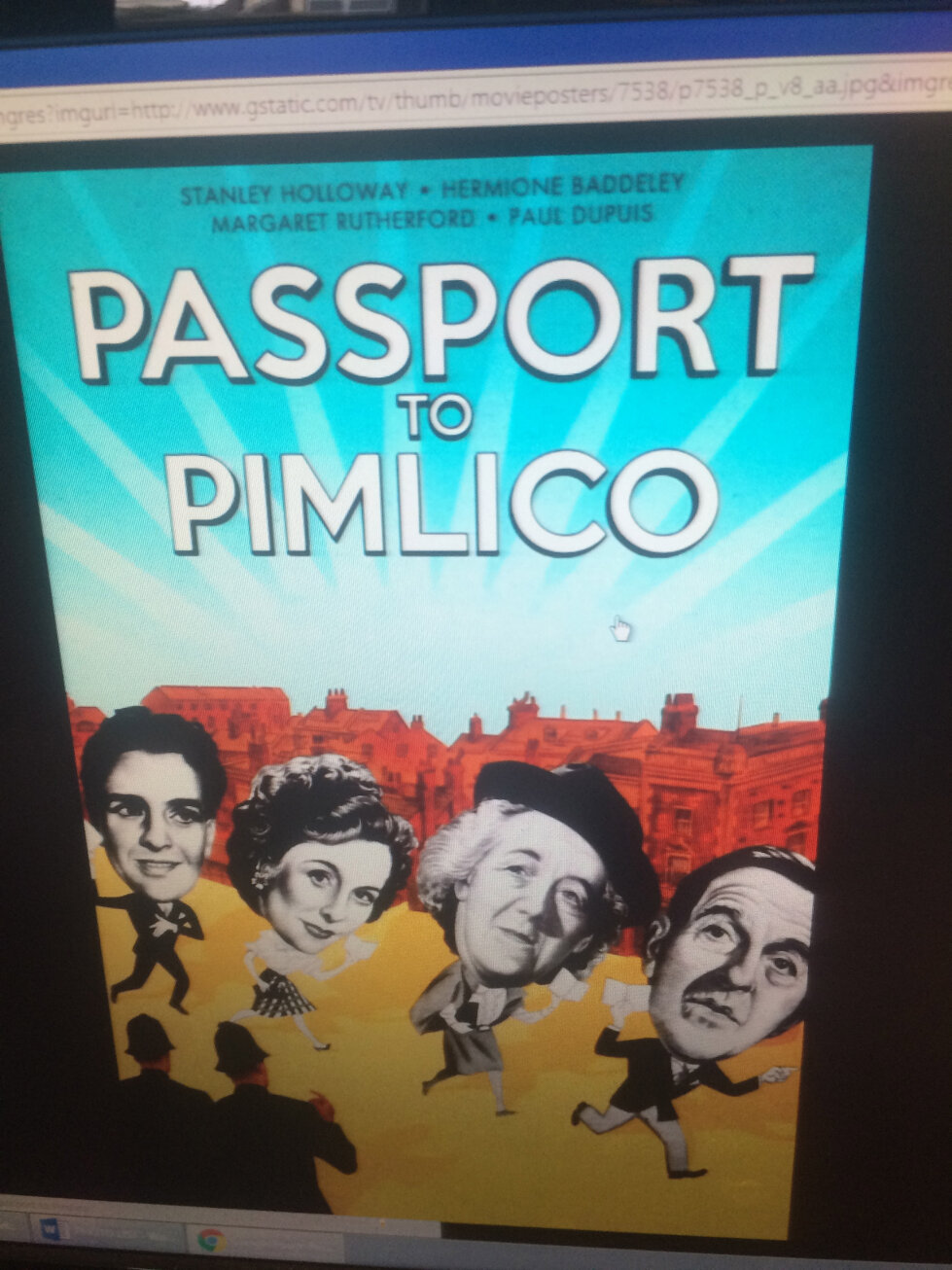 The script seemingly comes from the Ealing Studios, late 1940s or early 50s. Over there, I can see the ‘little man’, or woman, personifying good old fashioned English virtues of independence, self-reliance and a love of the community. Oh look! Here comes the other stock END_OF_DOCUMENT_TOKEN_TO_BE_REPLACED

Boris Johnson’s Margaret Thatcher Lecture, with its implied contempt for people with an IQ of less than 85, and with its explicit patrician contempt for the lower orders, sharply reminded me, when travelling to work on the number 14 bus (now, what did Mrs Thatcher say a END_OF_DOCUMENT_TOKEN_TO_BE_REPLACED

In the year of our Lord, 1649,
England became a republic,
And that word: ‘Commonwealth’,
(‘In the beginning was the Word’)
Another mistaken step on the road
To constitutional monarchy
And parliamentary democracy,
Or so the Whig history books tell us;
That quintessential English evolution,
From King John 1215 Magna Carta,
To Votes for Women in 1928:
A line of presumed continuity,
And peaceful, reforming contiguity;
And even when the history books mention
That un-English word ‘revolution’
With a political denotation,
It is the ‘Glorious Revolution’
Of 1688, which merely guaranteed
A Protestant rather than Catholic monarch.
,
But there is another optic to use
When scrying this Whig history:
See how the possession of property
Was a prerequisite for liberty,
See how the Law was used to impose
The tyranny of wage slavery
On those with no property and liberty,
And all in the name of the Law,
Rather than rack-renting and usury.

Whipping and branding for the motley ranks
Of vagabonds, beggars and tramps
In dear olde Merrie Englande –
‘Kicked to and fro like footballs in the wind’;
Families torn apart by press gangs –
Such ‘Hearts of Oak’ –
‘For who are so free as the sons of the waves’?
Enclosure robbing cottagers and squatters –
‘Without a class of persons willing to work for wages,
How are the comforts and refinements
Of civilised life to be procured?’
And transportation of child paupers to the colonies:
‘Britons never never never shall be slaves’.

The loom. The mill. The factory. The clock.
Clocking in. Clocking out. Wage-slavery.

But we shall rescue this past perspective
‘From the enormous condescension of posterity’,
And instead of kings and queens and admirals:
Robin Hood! Poachers! Smugglers! Dick Turpin!
The gypsy liberty of John Clare’s vision!
Democratic pirate ships! Free Man Friday!
Free-born Forest miners! The Diggers! The Levellers!
Quakers! Stroud hand loom weavers!
Outside the law but not outlaws!

As Gerard Winstanley said in 1649:
‘Quietly enjoy land to work upon,
That everyone may enjoy the benefit of their creation
And eat their bread by the sweat of their brow.’ 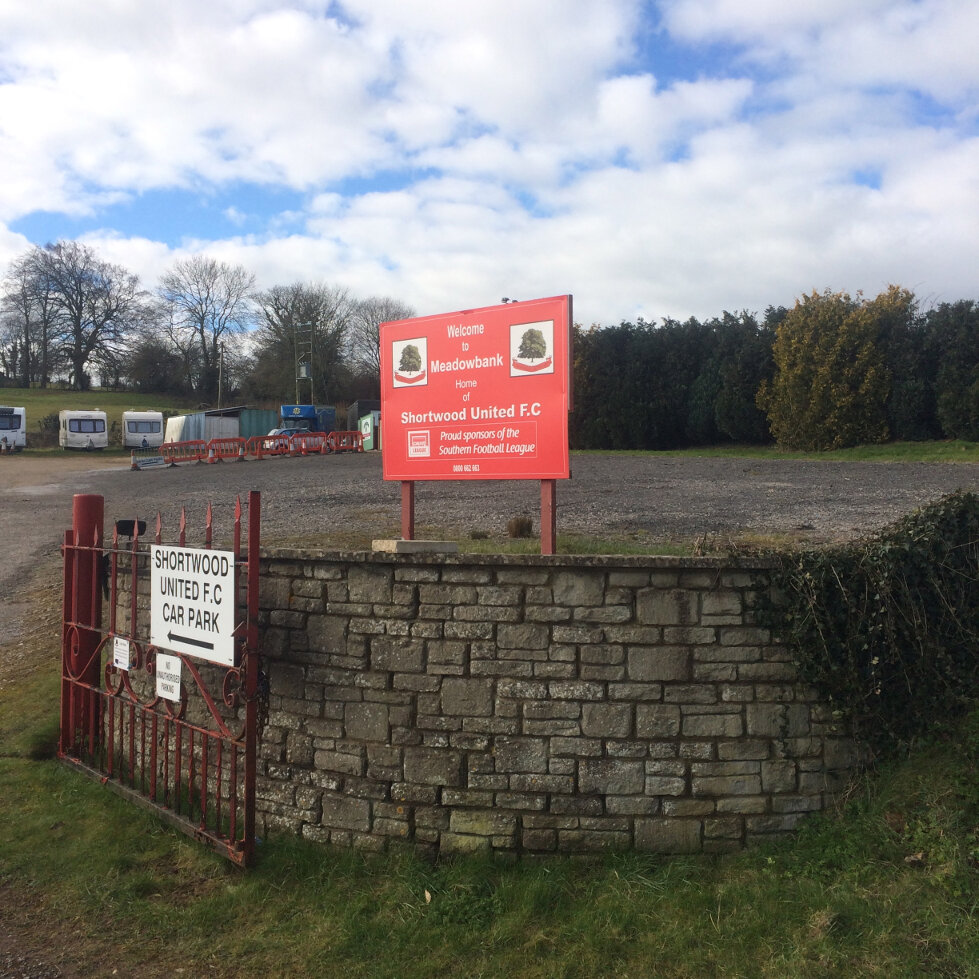 A normal feature of my teenage years Was hours spent queuing for football tickets, But this autumn’s trip down memory lane Was not through Swindon’s red brick terraces, But up high to bosky, sylvan Shortwood – With an 1883 OS map for guidance. Shortwood United versus Po END_OF_DOCUMENT_TOKEN_TO_BE_REPLACED 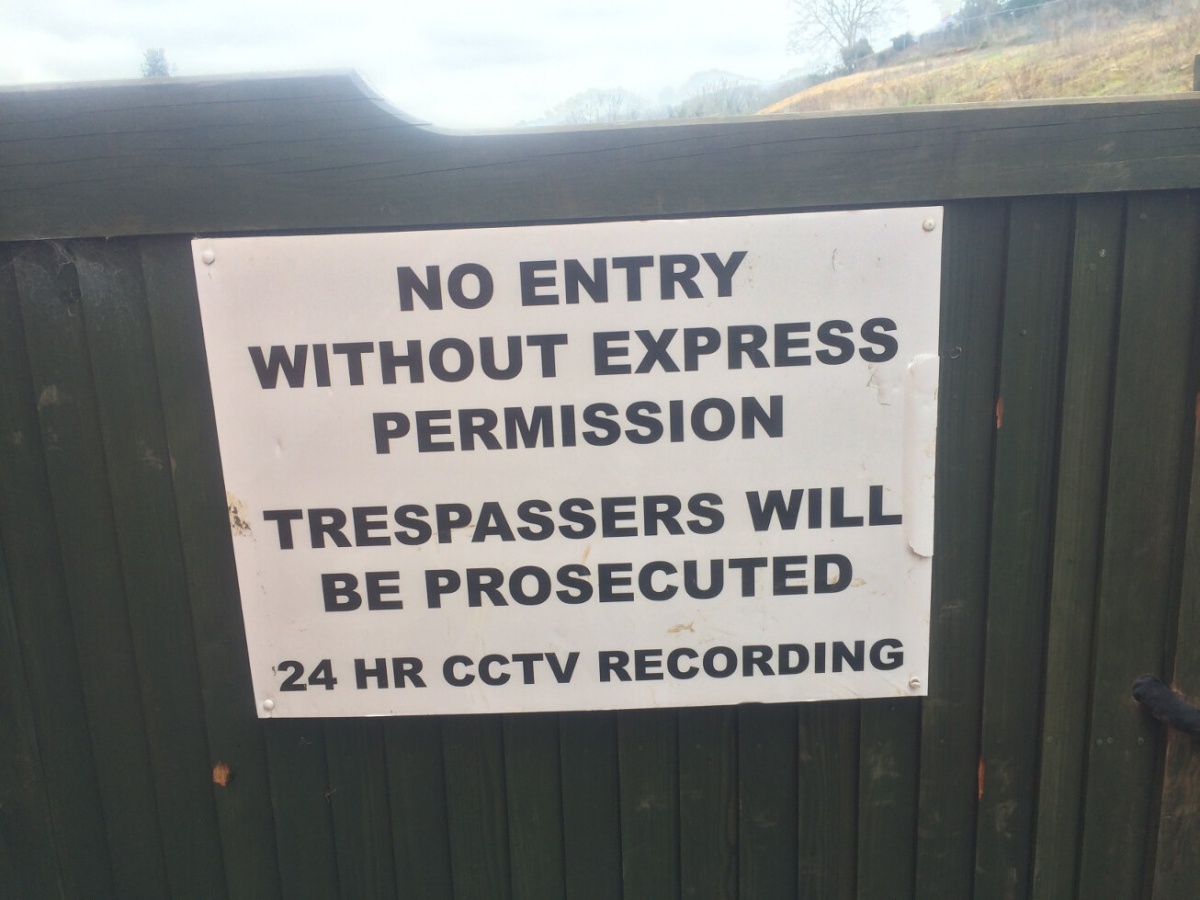 An autumnal Edwardian apple tree, Melancholy remnant of an orchard And market garden in the centre of town, Now razed to the ground ready for houses, Its last crop of ripening apples, Spread like tears across the sloping hillside. Hardhats and machines doing their busin END_OF_DOCUMENT_TOKEN_TO_BE_REPLACED

I’m sitting by the fireside, poking the ashes,
Ghost-thoughts and fears rising with the smoke,
Reawakening all my memories
Of those dark days back in 1830;
They threshed the corn by hand back then,
Flailing in the barn in the winter months,
Until the farmers brought in those damned machines;
What with 7 shillings a week for our wages,
High bread prices and low poor relief,
Then the news of Captain Swing in Wiltshire –
We met in ——— ————‘s cottage in November.
We smashed the damned Horsley machines the next day,
————— left a note by the church door:
‘This is to tell all you gentlemen that if you don’t pull down them infernall machines then we will you damnd dogs. An yew mus rise the marrid mens wages tow and sixpence a day an the single tow shillins or we will burn your hay ricks.
From Swing.’
I lost my nerve and stole back in the night,
To hide that note safe within my bible;
But some of the men went on to Tetbury,
Up through the lanes near the Troubled House Inn.
Lord Sherborne sent in the cavalry,
The men tried to escape across the fields,
But they arrested twenty-three good friends;
That wasn’t the end of it by any means –
There was more trouble then at Cherington,
Tetbury, Chavenage and Beverston;
Poor Elizabeth Parker got seven years:
‘Be d—-d if we don’t go to Beverston to break the machines!’
Is what she cried out and was condemned for;
May all their souls rest in Van Diemen’s land,
And may this letter die with the fire.