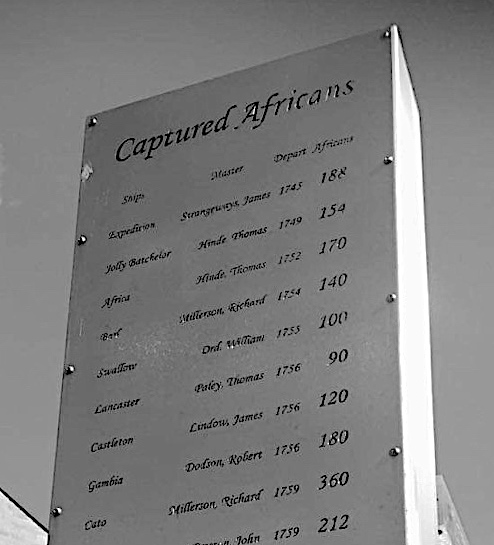 Lancaster and the Slave Trade

What’s in a Name?
The Naming of Parts
The Grave at Sunderland Point

There’s an embarrassment in walking to the grave,
Out there at causewayed Sunderland Point,
From where ships once sailed the seven seas,
Now a desolate mudflat skyscape,
A couple of miles beyond the last post village –
But once all seascape hustle and bustle,
Shipshape and Lancaster slavery fashion.

There are still two pubs there in Overton,
The Globe and The Ship –
Cottages bear dates coeval with the slave trade.

The signposts curtly say: ‘Sambo’s Grave’,
It’s out there at windswept Sunderland Point;
The steps he climbed at the brewhouse are still there –
He climbed to pine and die in lonely isolation,
Or so the story has it;
The building – now a house – was up for sale,
When I visited in late summer 2021;
It’s history, like a name, silent. 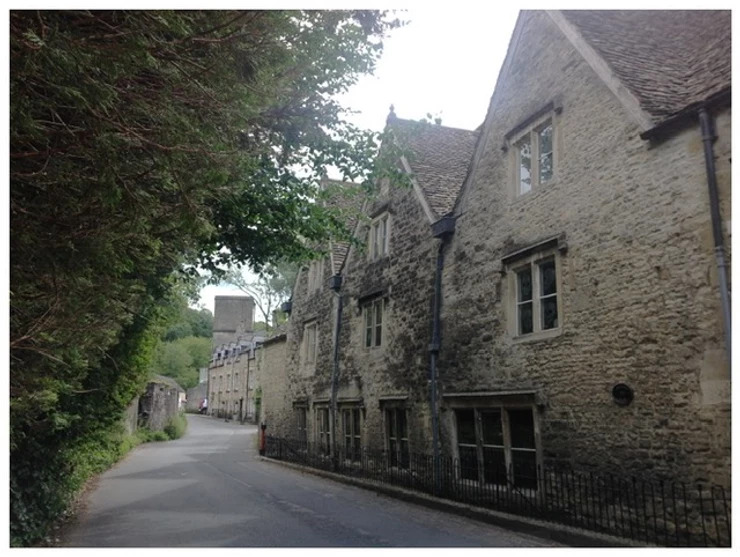 Chalford and the East India Company

Chalford has such a labyrinth of weavers’ walks and footpaths –
And on a mid-winter’s day, with plumes of smoke rising from Chalford Bottom
Mistletoe in the trees, light folded in envelopes of cloud,
It’s hard to imagine that this picturesque Cotswold village
Was once hand in glove with the East India Company,
As at Sevill’s Upper Mill,
Now a select residential development,
With the stream, now private and sequestered,
Between houses and a car park.

This landscape was once a fretwork of
‘Scarlet, Crimson, Blue and a variety of other delightful colours’,
A fretwork of profits and prices and exports and wages
And strikes and patterns of trade slumps and booms,
Linking the Thames and Severn Canal and the River Frome –
With the Ganges Valley, Bengal, Delhi, Bombay, Madras, Calcutta, Canton,
And with Robert Clive, Warren Hastings, the Marquess Wellesley,
And with muskets, cannon, Stroud Scarlet, slavery, opium, cotton, coffee and tea:
‘Gloucestershire seems to have had
almost the sole custom of the East India Company’.

END_OF_DOCUMENT_TOKEN_TO_BE_REPLACED Stroud and strouds and the Atlantic Archipelago

From Stroud to Strouds:
The Hidden History of a British Fur Trade Textile
Cory Wilmott
Textile History Journal November 2005
These rough notes are derived from this article and this section of the article is derived from Samuel Rudder, 1779.
Stroud scarlet’s ‘inland trade’ also included cloth sold to merchants who sold the cloth to ‘our colonies and other foreign markets’.
These merchants included those in London and Bristol.
Cloth also clad the British army and was also sold to the East India Company.
Questions derived from reading this article:
1. The article focusses upon the fur trade. But if we go beyond the confines of this article and think. Cloth went to ‘our colonies’. London and Bristol were the chief slaving ports involved in the triangular trade in southern England.
2. It would be counter-intuitive to think Stroud cloth wasn’t involved with the slave trade.
3. Turnpike to Bristol? Colin Maggs in The Nailsworth and Stroud Branch: ‘…cloth manufacturers found their trade hampered by the high cost of road transport to ships at Gloucester and Bristol. It is recorded that in 1763 Daniel Ballard ran stage waggons to both these ports’.
4. Stroudwater Navigation to the Severn and thence to Bristol? Thames & Severn Canal and then the Thames to London?
5. We need empirically minded historians with the time to research the unique archive of the Stroudwater Navigation. See the prose-poem below:

END_OF_DOCUMENT_TOKEN_TO_BE_REPLACED It was pouring February rain,
When I visited Gloucester Docks:
The Severn was swollen and turbid,
But the bell of the Atlas was silent
In the strengthening Severn wind;
The Atlas, a voyager to China and India –
For the East India Company,
The plaque told us on the warehouse wall –
But no mention of slavery, war or opium
(Standard East India Company practice),
Or the Stroudwater-East India Company nexus;

The Maritime Walk, as it is termed,
Takes you on past Phillpott’s Warehouse,
And the unmentioned Thomas Phillpotts:
Owner of some seven hundred enslaved people,
Nearly three hundred of whom were shared ‘investments’
With Samuel Baker of Bakers Quay fame;
Samuel Baker of Lypiatt Park, near Stroud,
Paid £7,990 compensation
For 410 slaves in Jamaica.

The compensation paid to slave owners in 1834,
Is close to £17 billion in today’s values,
Fully forty per cent of the national budget back then,
The interest on which we have only just ceased paying –
This gives a hint to the bounty paid to Baker and Phillpotts,
A bounty that led to the development
of Baker’s Quay, and High Orchard,
The locus of Gloucester’s industrial revolution;

END_OF_DOCUMENT_TOKEN_TO_BE_REPLACED 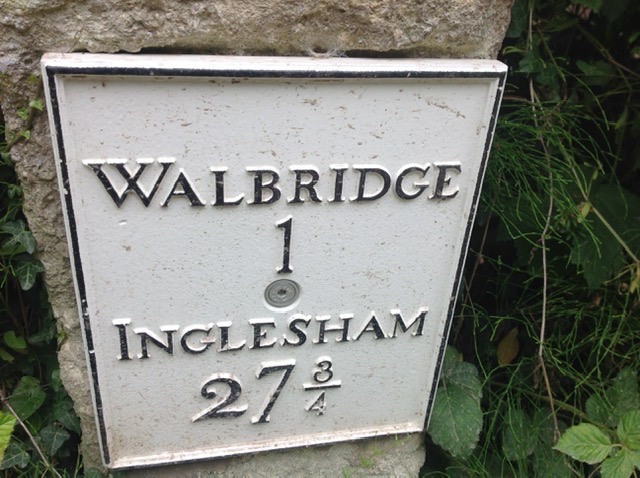 A comparison of Island Man and Limbo with a formal piece of writing as an assessment, if wanted. There then follows a piece about Rodborough. Obviously, this guide is written for a very mixed audience. Please adapt to suit. You are all very different!

Firstly, download a copy of Island Man by Grace Nicholls and Limbo by Edward Kamau Brathwaite. (There are copies below, if required, after all the questions.)

Read Island Man three times. The first time without making any notes. Just get the gist. After the second reading, try to write a two or three sentence summary of the meaning of the poem. After the third reading, make some annotations on your poem or notes on another page, with responses to the prompts below. Or if you feel confident, then just think these questions through or discuss them.

END_OF_DOCUMENT_TOKEN_TO_BE_REPLACED 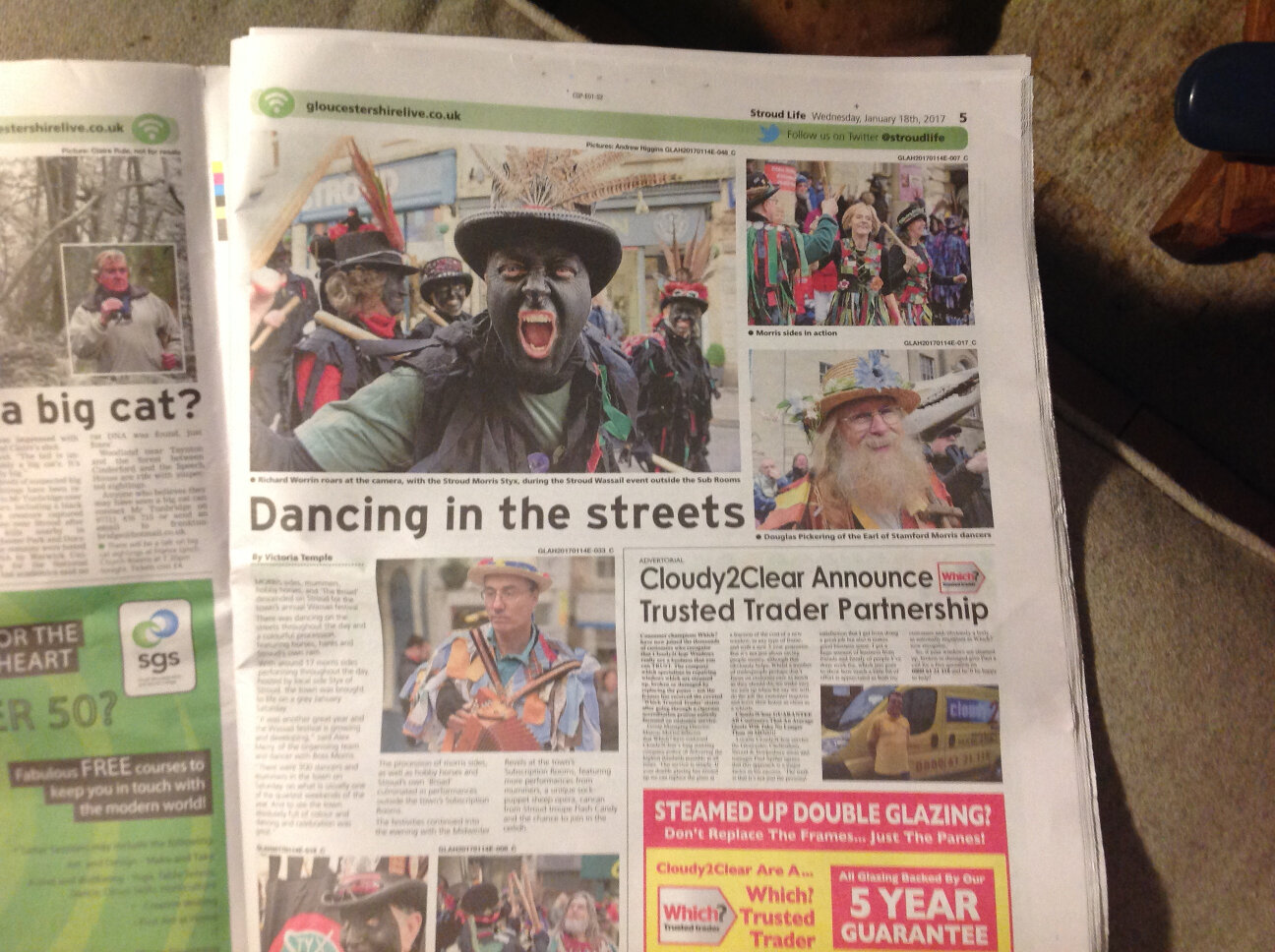 Stroudwater and Empire (and Morris Dancing)

Stroudwater and Empire (and Morris Dancing) (Written after reading The Cloth Industry in the West Country 1640-1880 J. De L. Mann) Chalford has such a labyrinth of weavers’ walks and footpaths – And on a mid-winter’s day, with plumes of smoke rising from Chalford...

END_OF_DOCUMENT_TOKEN_TO_BE_REPLACED 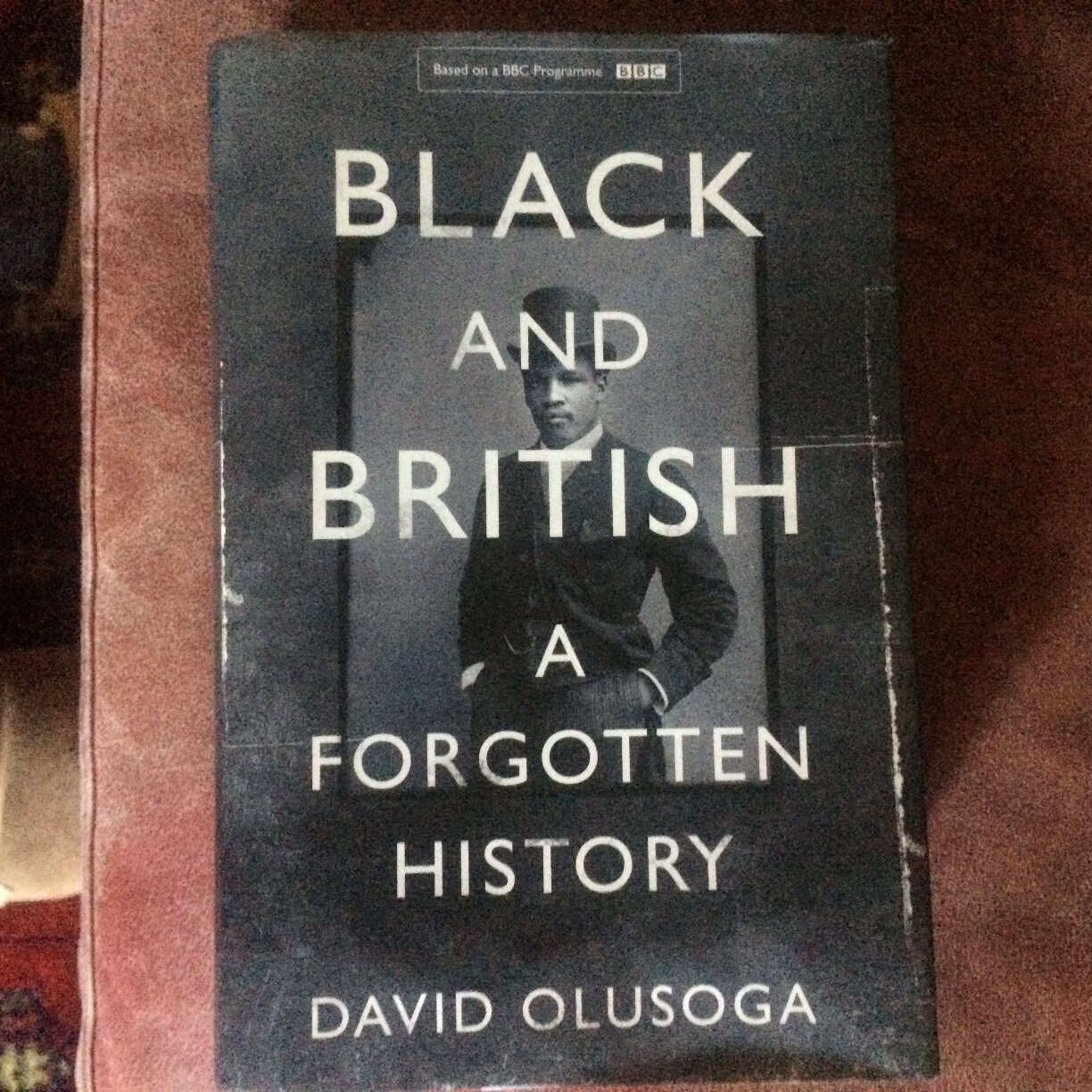 Black and British (and Stroud)

Black and British A Forgotten History David Olusoga Bunce Island in Sierra Leone was once an early British slaving headquarters: ‘In exchange for slaves and other valuable commodities the British offered glass beads, bundles of cloth, gunpowder, European metal goods,...